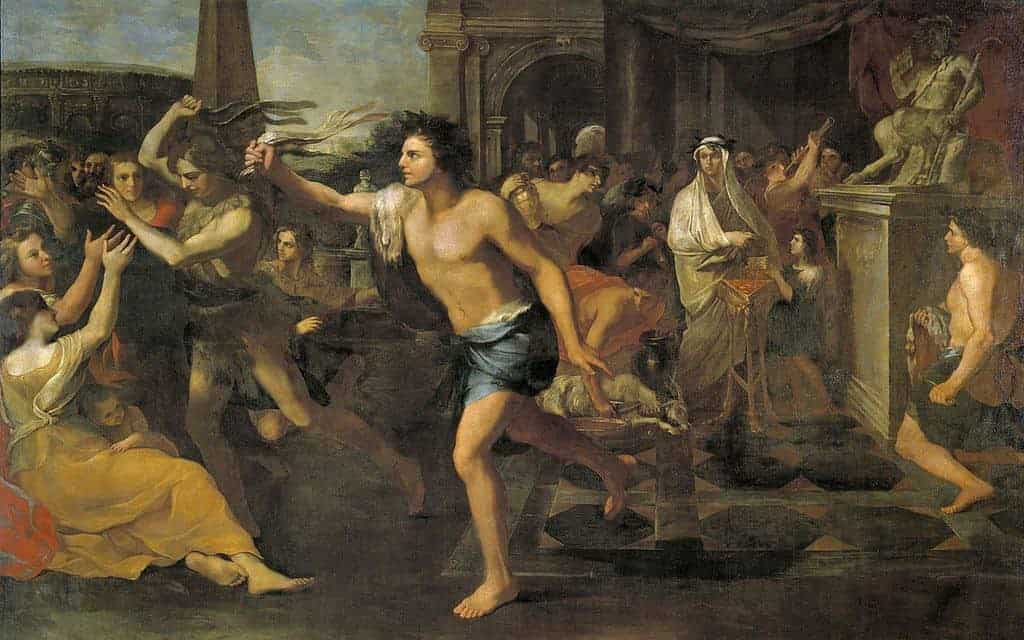 Whether the timing of the day now known as Halloween was a deliberate attempt to Christianize a pagan festival or not is a matter of conjecture and debate. What is fact is that All Hallows Day was originally established to be observed on May 1. Two hundred years later it was moved to November 1, making it coincident with the Celtic pagan festivals of Samhain in Ireland and Calan Gaeaf in Wales. The Celts had the curious practice of counting sunset as the beginning of the day, rather than its end which made All Hallows Day begin at sunset on October 31. October 31 was the day of Samhain, which means Summers End in Old Irish.

Samhain was the most important of the four days of the Celtic year which marked the quarters of the year. Samhain was the beginning of the dark season, a time when spirits could more easily cross from the spiritual realm into the physical. The spirits were acquiesced to with food and drink left outside of homes, and the spirits of deceased family members and ancestors were welcomed into the home with places for them set at the table, or by the hearth. Games were played which were said to foretell the future and included bobbing for apples, and roasting nuts on the fire. Bonfires were lighted and their ashes were used for the telling of fortunes.

The Church tried to eliminate these activities as it spread the Gospel through the Celtic lands, including the outright banning of some of the bonfires, but it could not completely dispel them. All Hallows Eve (which means All-Holy) was intended by the Church to be a day of vigil for the following day which celebrated all of the holy saints and martyrs, and tried to stay the practices of superstition and fortune-telling of Samhain, but with little success. The Celtic festival continued to expand, by the sixteenth century it included a practice called guising, in which people would call on neighbors while disguised to receive gifts of food and drink.

Virtually all of the customs of Halloween, which is a Christian observance, are descended from the rituals of the Celtic festival, with additional pagan practices from others (such as the Jack’o’Lantern derived from the Druids). It became over the years an almost entirely secular holiday, though the Church resisted, and still resists, it is being so considered. Beginning around the middle of the nineteenth century, with expanding immigration of Irish and Scots to America, it emerged as a major holiday in the United States and Canada. It was the immigrants who at home had carved Jack’o’Lanterns from turnips who discovered that the pumpkin provided a more satisfying substitute.

The modern wedding, as performed in the Christian Churches and even by civil authorities, contains many traditions, rituals, and other links to pagan beliefs and traditions. The very idea of a father giving a daughter away is linked to the pagan practices which preceded the church by centuries. These too were absorbed into Christian tradition when they proved to substantial to eradicate. Many are based on the belief that they warned away evil spirits, or appeased pagan gods, who would then bestow good fortune on the wedded couple. They come from nearly all of the ancient pagan beliefs and religions, and are reflected in modern wedding ceremonies.

The bridal veil has been traced to ancient Rome, prior to Christianity, where it was worn by the bride to ward off evil spirits which would otherwise ruin her day. It was believed by the ancient Romans that the bride was particularly susceptible to evil spirits on her wedding day, having gone to great lengths to make herself attractive for her wedding. In medieval Europe and during the heyday of arranged marriages, often the first time a groom would see his bride was at the wedding, and the veil became a means of concealing her features until the vows had been exchanged, often to protect a business arrangement between the prospective in-laws.

Another means of protecting the bride and the other members of the wedding party from evil spirits was through aromas. Pagan practices included the bride carrying and wearing different herbs or plants including wolfbane, St. John’s Wort, and assorted plants and wildflowers. The pagan belief in the activity of evil spirits also led brides to carry onions, scallions, leeks, or garlic, in order to protect them. The aromatics had a secondary purpose as they were believed to be able to ward off plague, an important consideration when in a crowded area. The bunches of aromatics were the precursors of the bridal bouquet.

Pagan weddings also included escorts for the bride which were the forerunners of the modern bridesmaid. They too, were a response to the presence of evil spirits, and were selected to be sacrificial should the spirits crash the wedding. The bride’s escorts were intended to distract and confuse the evil spirits, which they accomplished by being dressed in a manner similar to the bride. Bridesmaids have been traced to pagan traditions in Rome and Greece, Persia, the Nordic tribes, and among the Celts in Ireland and Wales. They too were often heavily veiled, in order to more effectively confuse the evil spirits.

Even the placing of the wedding ring on the so-called ring finger of the left hand is a tradition leftover from pagan practice. Wedding rings themselves were introduced in Ancient Egypt, but it was the Ancient Greeks who established the practice of placing the ring in the traditional location. The Greeks believed that a vein, the vena amoris (vein of love) ran from that finger to the heart, and since the left hand is closer to the heart that was the hand-selected for the wedding ring. Engagement rings also began in Ancient Egypt as simple bands, diamonds were added by the Romans for the more wealthy of their citizens.

The halo or nimbus is associated with Christianity, with Jesus, Mary, the apostles and saints, and some luminaries of the Old Testament depicted with a radiant light emanating above their heads in paintings, tapestries, stained glass, and on statues and basilisks. The halo, also called a nimbus or an aureole predates Christianity and was present in the works of the ancient pagan civilizations centuries before it appeared as a symbol of the holiest of the Christian sect. In Asian depictions, it is sometimes presented as flames arising from and around the head, and it appears in Hindu and Buddhist works.

It is sometimes referred to in the writings of ancient pagans, including Homer of the Ancient Greeks, who described the light above the heads of warriors in battle in The Iliad. The Colossus of Rhodes was crowned with an aura reflecting a type of halo, which was centuries later copied to crown the Statue of Liberty by its French designers. Sumerian writings refer to the glow emitted through the crown of the gods and human heroes, as well as the temples dedicated to them. Roman frescoes depict many haloed figures, as does some coinage which survives, and by the time of Jesus the Roman Emperor was often depicted as haloed.

The halo was thus in use by the pagan religions and cultures long before it appeared in Christian symbolism, another pagan practice which was absorbed by the Christian culture. Not until the fourth century CE did it appear in Christianity, and when it did it was limited to Jesus of Nazareth. In medieval art, Jesus was often depicted with a cruciform halo, with a cross within the aura of the halo, a practice which began as the use of a halo spread to others of the early Christian church. During the fifth century angels appearing in Christian art began to wear halos, which soon spread to depictions of the saints and martyrs of the early Church.

By the fifteenth century, the use of full halos in paintings declined, forced out by the increasing realism practiced by artists. Rather than depicting a full aura emanating from the head and shoulders of the subject, artists began to place a ring above the head, indicating the nimbus. The paintings of Jesus began to lose the cruciform halo, which was replaced with the simple ring, usually golden, above the head. During the Renaissance, halos were often dispensed with entirely, and the subject of the painting was situated in a manner by which natural light could be displayed as coming from behind the subject, another nod to realism.

Like many other symbols of Christianity, the halo was borrowed from the pagan – that is, non-monotheistic – religions which it purported to replace. As it expanded, Christianity used the traditions, festivals, rituals, and symbols of those converted to it, largely to make conversion easier and less threatening to the leaders and traditionalists of the people. As a result, the holidays and traditions of modern Christianity are irretrievably linked to the pagan cultures of the past, handed down by generations and melded with the traditions of other pagan cultures.

“On Valentine’s Day do we still need Hallmark?”, by Kristin Lenz, The Washington Post, February 10, 2012

“The Popes Against the Jews: The Vatican’s Role in the Rise of Modern Anti-Semitism”, by David I. Kertzer, 2001

“Take Cheer: Christmas has been out of control for centuries”, by Matt Crenson, NWI Times. December 22, 2006

“Halloween: From Pagan Ritual to Party Night”, by Nicholas Rogers, 2002

Christianity – What Do We Know about the Shepherds at Jesus’ Birth?

History Extra – Saturnalia: The Origins Of The Debauched Roman ‘Christmas’

Retrieverman – Were Romulus And Remus Really Nursed By A She-Wolf?

The Conversation – The ‘Real’ St. Valentine Was No Patron Of Love

The New York Times – Valentine’s Day: Did It Start as a Roman Party or to Celebrate an Execution?

The Conversation – The Legend Of Ishtar, First Goddess Of Love And War