Why the Syrian War Will Change Western History 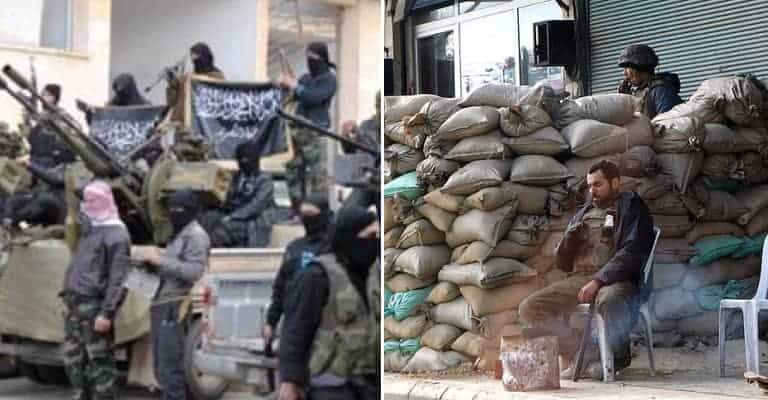 Why the Syrian War Will Change Western History

In 2011, a movement known as the Arab Spring took the world by surprise. It began in Tunisia when the police confiscated a poor street vendor known as Mohammed Bouazizi’s wares. With no means to support his family, he had nothing to lose and set himself on fire in front of the local police station. Protests in favor of Bouazizi and against Tunisia’s corrupt regime led to the downfall of President Ben Ali just a few weeks later. The movement in Tunisia spread all across the Arab world, with citizens protesting against autocratic regimes and demanding democratic reforms.

In Syria, citizens empowered by the Arab Spring began to protest against the country’s leader, President Bashar al-Assad. The protests quickly turned bloody when the military opened fire on protestors in the capital of Damascus in March 2011. The world quickly turned its eyes on Syria, which soon fragmented into rebel troops, who sought to oust Assad, and pro-Assad forces, who wanted him to remain in power. Rebels were armed by Western countries, particularly the United States, who were keen to see Assad taken down. They began gaining their own territory within Syria, effectively creating a “state within a state.”

However, in wars, there is no easy way to define who the “good guys” are and who the “bad guys” are. Assad’s forces used tactics like chemical warfare, which included releasing toxic gases on civilian populations, leading to dozens, even hundreds of deaths. These gas attacks became a rallying cry for Western countries to intervene on the ground, but what was often ignored is that the rebel forces, believed to be the “good guys,” had themselves often engaged in chemical warfare and other crimes against humanity. Both rebel and regime (supporters of Assad) forces were known to attack civilians with violent actions like rape.

Perhaps most significantly to later events that would play out in the Middle East, the country did not remain divided along the factional lines of the rebels and the regime. Despite numerous attempts for ceasefires, weapons continued to pour into Syria and fell into the hands of radicals, including a band around a cleric known as Abu Bakr al-Baghdadi. He would come to be regarded as the caliph, or religious and political leader of the newly formed Islamic State of Iraq and Syria.

Other factions that formed included the al-Nusra Front, a jihadist group whose name means “victory for the people.” The group follows a strict form of Islam known as Salafism, which can be primarily described as following not only the teachings of Mohammed in the most stringent way possible but following them within his cultural context. In other words, you have to dress the way that people did in the sixth century and cannot use any technology that was not available back then. They also took over significant territory in Syria.

The Rise of ISIS

The rise of ISIS is probably one of the most significant ways that the war in Syria has shaped Western history. The group attracted little public attention outside of the Middle East while it was still confined to Syria. The group had its foundations in the 1990s, long before the Syrian war began, and began to attract followers on a much larger scale during the American invasion of Iraq as a means of fighting against what they believed was American imperialism. In fact, al-Baghdadi, who became the caliph during the Syrian war, was held by Americans; his time of internment helped shape his radical ideology.

As the group gained power and territory in Syria, its tactics became so extreme – frequent beheadings and strict adherence to sharia law forced on the population – that the terrorist group al-Qaeda disassociated itself from ISIS. In the summer of 2014, the group made international headlines when it swept into Iraq and put to death many civilians. Fears about the group’s increasing influence spread throughout both the Middle East and the Western world, and policymakers struggled to make plans of how to inhibit the group’s continued spread and impact.

Of particular concern was ensuring that Muslims in the West did not sympathize with the group. However, there were vast numbers of Muslims from countries like the United States, Belgium, and the United Kingdom that left their homes to join ISIS and fight in the way of God against the kufar, or unbelievers. Dealing with these defections presented new challenges for governments in the West. Should they be allowed to return home and repatriate? What about their wives, who may have been forced to travel with them? What about their children, who may have been inculcated with terrorist ideology? Many young people in the United Kingdom felt that children who had become ISIS fighters should be brought back and rehabilitated rather than sent to prison, but there were leaders in the government that denounced this possibility. Dealing with the sympathies that individuals in the West had towards ISIS is one way that the Syrian war has changed the West.

Ultimately, ISIS came to be regarded as a terrorist organization, and anyone associated with it is considered a terrorist. This notion raised additional questions for Western governments, particularly around the use of drone strikes and extrajudicial killings. Was it lawful for drones to be used to target these terrorists who were citizens of countries like the United States or the United Kingdom, especially if they had no trial? In some instances, these governments determined that whether it was lawful or not, they would proceed with drone strikes. What this means for Western policy is that governments, particularly the United States government, will circumvent the law in the interest of what it believes to be national security.

Moreover, still, the thought of ISIS ideology and influence spreading to the United States was rampant in the year 2016, particularly among conservative voters. Donald Trump boasted that if he were elected, he would defeat ISIS once and for all, and to this point, many of his supporters rallied around him. Even though he did not present any comprehensive plan of how he would deal with the ISIS threat and that the group was already in decline, Trump arguably attracted many votes because he promised a hardline stance. One might argue that fear of ISIS helped bring at least some people to vote for Trump.

At the end of World War II, the United States and the Soviet Union emerged as superpowers, and they spent the next few decades vying for control of the rest of the world through an ordeal known as the Cold War. It was exemplified by arms races, the space race, and the ever-present threat of nuclear war destroying the world. During the 1980s, the Soviet Union took a new policy of being more open about its internal affairs, and the West realized how much the country was declining. It dissolved at the beginning of the 1990s.

One thing that history tells us is that countries that were once great are usually keen on either recovering their greatness or remembering their era of importance as a legendary, nostalgic “golden age.” Many Russians who lived through the era of communism would hardly regard it as a “golden age,” but Vladimir Putin, Russia’s prime minister, was eager to reclaim Russia’s spot on the world stage. He was going to intervene in Syria, and if nothing else, he would get a warm-water port through which future trade might be negotiated. In fact, he might be developing Russian interests in the Middle East that could be later used to his advantage.

In August 2013, a gas attack by the Syrian regime against a civilian population in the Damascus suburbs of Ghouta alerted the international community for intervention to stop the bloodbath. President Obama pressed for the United States to launch air strikes and possibly even deploy ground troops, but what was ultimately decided was that Russia would oversee the disposal of chemical and other weapons by the Assad regime. One could say that the once-great country had the chance to prove that it could be great again.

In the years since Russia began its intervention in Syria, it has fiercely allied itself with Bashar al-Assad, who is still in power nearly eight years after the war started. Many analysts have argued that the situation in Syria has turned into a global proxy war, through which the United States wants to intervene as a means of not only ousting Assad but also degrading Russian power in the region. Additionally, Russian’s intervention may be associated with Iran’s, which also supports the Assad regime. Western governments are keen to intervene to protect their interests in the Middle East not only from unfriendly governments there but also from Russia.

The year after Russia set itself in the middle of the Syrian War, Putin annexed the Crimean peninsula in Ukraine, possibly to get access to another warm-water port for trade. Since then, Russia has been viewed as increasingly hostile to the United States and was even implicated in meddling in the 2016 US presidential election. It once again took steps to become an international powerhouse and reclaim its former prestige by intervening in Syria. Questions about how the West should deal with Russia have only grown since it began its involvement in Syria.

“Obama Seeks Approval by Congress for Strike in Syria,” by Peter Baker and Jonathan Weisman. The New York Times. August 31, 2013.

“Attacks on Ghouta: Analysis of Alleged Use of Chemical Weapons in Syria.” Human Rights Watch. September 10, 2013.

“Young British Muslims think ISIS fighters returning from Syria should be reintegrated into society,” by Samuel Osborne. The Independent. April 17, 2017.