10 Japanese Holdouts Who Did Not Surrender After WWII Ended 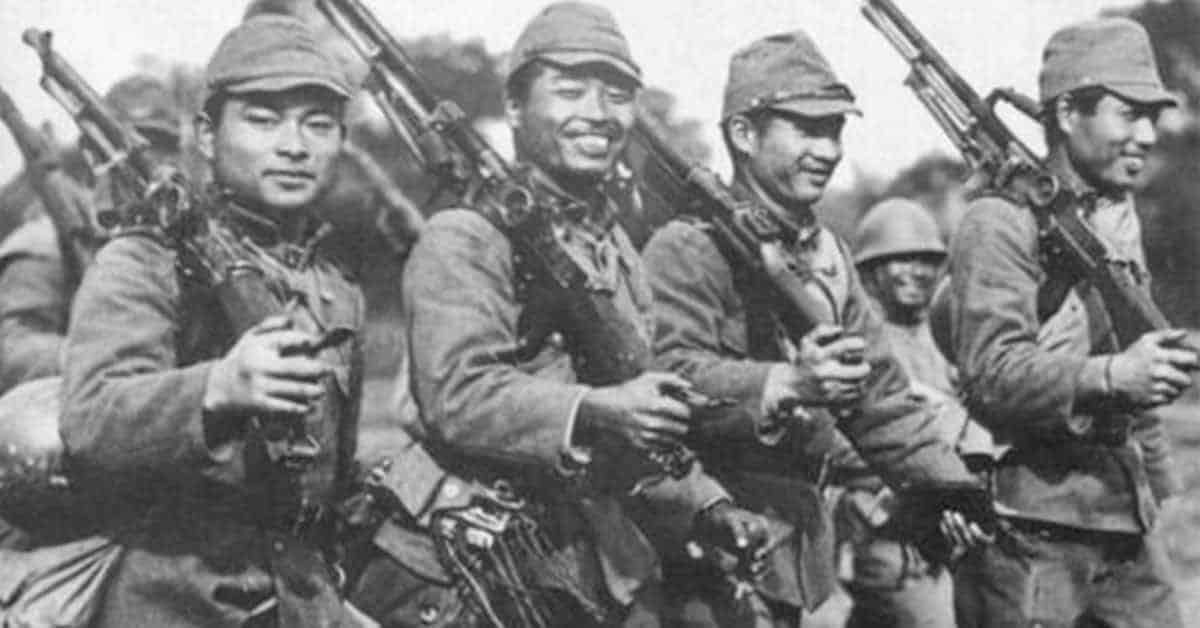 True Believers: 10 Japanese Holdouts Who Did Not Surrender After WWII Ended

Born in 1922, Ishinosuke Uwano was drafted into the Japanese Imperial Army during World War II, and was posted to the garrison of the then-Japanese southern half of Sakhalin Island in 1943 – the northern half belonged to the USSR. In August of 1945, the Soviet Union declared war on Japan and successfully invaded and seized the southern half of Sakhalin, despite fierce Japanese resistance.

After Japan surrendered, the Soviets shipped the surviving Japanese of the Sakhalin garrison to prisoner of war camps in Siberia, where they labored for years, until they were repatriated to Japan in the late 1940s and early 1950s.

Uwano was not included in their numbers. In the years following the war, his family received reports of scattered sightings of him in Sakhalin, where it was suspected he had gone into hiding in its rugged and harsh terrain after he found himself cut off and behind enemy lines following the Red Army’s advance. The last reported sighting of Uwano in Sakhalin was received by his relatives in 1958, a full 13 years after the war had ended. After that date, no more was heard of him.

In 2000, his family recorded his disappearance in accordance with a law for registering as war dead Japanese military personnel who did not return after World War II.

In 2006, it was discovered that Uwano, by then 83 years old, was still alive, and living in the Ukraine. At some point, it seems he had reconciled himself to Japan’s defeat and surrendered to the Soviets. Between the Soviet Union’s paranoid penchant for excessive secrecy, exacerbated by Cold War tension, as well as bureaucratic ineptness, neither the Japanese government nor Uwano’s family was notified.

After his eventual release from Soviet imprisonment, he settled in the Soviet Union instead of returning to Japan. He got naturalized as a citizen, ended up living in the Ukrainian SSR, married, and had three children. It was only after he asked Ukrainian friends to contact the Japanese government, which then sent officials to interview him in Kiev, that the story of his survival came out.

When he sought to visit Japan in order to pray at his parents’ graves, reconnect with his family, and see once more his birth country’s famous cherry blossoms, it emerged that, because he had been declared dead in 2000, he was technically no longer considered a Japanese citizen. He was allowed to visit Japan, but only as a visiting Ukrainian citizen traveling on his Ukrainian passport.

Not that Uwano minded. As he told reporters, he had no plans to live in Japan. “Ukraine has become my homeland”, he said.

In 1944, as the US fought to retake the Philippines, a 22-year-old Japanese Imperial Army lieutenant, Hiroo Onoda, was sent on a reconnaissance mission to the island of Lubang in the western Philippines. An intelligence officer specially trained as a commando, Onoda was directed to spy on American forces in the area and conduct guerrilla operations. He was ordered to never surrender, but also expressly ordered that, under no circumstances, was he authorized to take his own life.

On Lubang, senior Japanese officers meddled and prevented Onoda from carrying out his mission. Within months, American forces invaded the island, and in short order killed or captured all Japanese personnel, with the exception of Onoda and three other soldiers. Taking charge of the survivors, Onoda took to the hills.

As the US overran the Philippines and overcame organized Japanese resistance on the archipelago, Onoda, scurrying about the rugged terrain of Lubang, was cut off from communications with his chain of command, and so did not receive official word of the Japanese capitulation in 1945.

Without new orders countermanding his last received instructions to fight to the death, Lieutenant Onoda displayed a single-minded devotion to duty, hiding in the jungles and mountains of Lubang, and fighting on. For 29 years.

For nearly three decades, this most famous of the Japanese holdouts survived with his tiny command in the dense thickets of Lubang. They erected bamboo huts and eked out a living by hunting and gathering in the island’s jungle, stealing rice and other food from local farmers, and killing the occasional cow for meat. Tormented by heat and mosquitoes, rats and rain, Onoda’s band patched their increasingly threadbare uniforms and kept their weapons in working order.

During the long holdout, Onoda and his tiny band came across various leaflets announcing that the war had ended, but like other holdouts, dismissed them as enemy propaganda and ruses of war. When they encountered a leaflet upon which had been printed the official surrender order from their commanding general, they examined it closely to determine whether it was genuine and decided that it must be a forgery. Even when they recovered airdropped letters and pictures from their own families urging them to surrender, Onoda’s band convinced themselves that it was a trick.

As the years flew by, Onoda’s tiny four-man contingent steadily dwindled, as he lost comrades to a variety of causes. In 1949, one of them simply left the group, wandered alone around Lubang for six months, and eventually surrendered to authorities. Another was killed by a search party in 1954. His last companion was shot dead by police in 1972, who came upon the duo as they were trying to burn the rice stores of local farmers.

Onoda was thus finally alone. Yet he kept on fighting, faithful to his last received orders, doggedly conducting a one-man war. In 1974, a backpack traveling Japanese hippie managed to find Onoda, and befriended him. He managed to convince the holdout that the war had ended decades earlier, but Onoda still refused to surrender, absent orders from a superior officer.

Returning to Japan with photographic proof of his encounter with Onoda, the holdout’s new friend contacted the Japanese government, which in turn tracked down his former commanding officer. Traveling to Lubang, Onoda’s wartime commander personally informed him that the war was over, that he was released from military duty, and ordered him to stand down.

In 1974, clad in his battered and threadbare uniform, Lieutenant Onoda handed in his sword and other weapons to representatives of the US and Filipino military and finally brought his war to an end nearly three decades after the conclusion of World War II.

He returned to a hero’s welcome in Japan, but admiration for his single-minded devotion to duty was not universal. Back in Lubang, the inhabitants did not view Onoda as a conscientious and honorable man devoted to duty. Instead, they viewed him as a bloody-minded idiot who, during his 29-year holdout, had inflicted sundry harms upon the Lubangese, stealing, destroying, and sabotaging their property, and needlessly killing about 30 local police and farmers with whom his band had clashed while stealing or “requisitioning” food and supplies in order to continue fighting a war that had ended decades earlier.

A militarist through and through, who believed that the war had been a sacred mission, the pacifist and futuristic Japan to which Onoda returned was unrecognizable to him, and he found himself unable to fit in a country and culture so radically different from the one in which he had grown up. Within a year of returning to Japan, Onoda emigrated to Brazil, where he bought a cattle ranch, settled into the life of a rancher, married, and raised family. Hiroo Onoda died in 2014, aged 91.

Teruo Nakamura was born in the then Japanese possession of Formosa – today’s Taiwan – in an aboriginal tribe in 1919. He was “the last of the last” of the Japanese holdouts, outlasting the more famous Hiroo Onoda by a few months before he was caught.

Nakamura was conscripted into a colonial unit in 1943, and posted to Morotai Island in the Dutch East Indies – present day Indonesia – in 1944. Soon after his arrival in Morotai, American and Australian forces invaded that island, successfully seized their objectives, and broke organized resistance while inflicting heavy losses on the Japanese defenders. The survivors fled into the jungle, where they suffered even more attrition from starvation and disease.

At war’s end, Nakamura was not among the Japanese survivors who surrendered to the Allies in Morotai, so he was presumed dead and officially declared so in 1945.

However, Nakamura’s unit had been ordered to disperse into the jungle and conduct guerrilla warfare. By the time Japan surrendered, Nakamura and his remaining comrades were deep in the island’s jungle, cut off from communications with Japanese authorities, and thus had no means of receiving official notice of war’s end. As with holdouts elsewhere, they dismissed leaflets airdropped over the jungle, advising of war’s end, as enemy propaganda.

Nakamura stayed with his steadily dwindling group until 1956, when he set off on his own and built himself a hut inside a small field that he hacked out of the rainforest, and in which he grew tubers and bananas to supplement his diet. As a result of his aboriginal tribal upbringing, he was particularly self-sufficient and capable of surviving in the wilds. He remained in the jungle, isolated and alone until he was spotted by a pilot in 1974. That led to a search mission by the Indonesian military, which eventually tracked down and arrested Nakamura on December 28, 1974, thus bringing the longest known Japanese holdout to an end.

Unfortunately for Nakamura, Japan did not reciprocate the loyalty he had amply exhibited with his nearly three decades long holdout in obedience to the last orders he had received from the Japanese authorities. In contrast to Hiroo Onoda whose holdout had ended a few months earlier, and who was lionized and celebrated as a paragon of conscientious devotion to duty, Nakamura garnered relatively little attention in Japan.

It did not help that Onoda was an ethnic Japanese citizen, while Nakamura had been a colonial soldier from what by 1974 was the independent nation of Taiwan. Although he expressed a wish to be repatriated to Japan, Nakamura had no legal right to go there, and so was sent to Taiwan instead.

Moreover, as a member of a colonial unit rather than of the Japanese Army, Nakamura was not entitled to a pension and back pay under Japanese law. Whereas Hiroo Onoda had been awarded about U$160,000 by Japan, equivalent to about U$850,000 in 2017 dollars, Nakamura was awarded only U$227 – equivalent to U$1186 in 2017 – for his three decades long holdout in service to Japan. Teuro Nakamura returned to Taiwan, where he died of lung cancer five years later, in 1979.