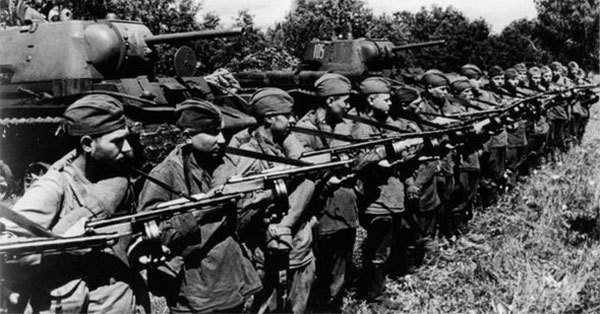 Twentieth-century infantrymen, and specifically those of the Second World War, faced challenges in adjusting to a rapidly advancing technological environment. Some of the greatest threats they faced were far more deadly and complex than other men toting rifles. Tanks posed a dire threat to unprotected or inadequately armed foot soldiers. Although tanks were originally conceived and deployed during the First World War, advancements in armor technology made them particularly deadly during WWII. Tacticians and weapon designers responded to this growing threat with the inception of specialized infantry weapons, such as the deadly and potent Panzerschreck antitank rocket launcher.

Modern, shoulder-mounted rocket launcher development began shortly before the opening shots of WWII, but rocket technology has been around for approximately 1,000 years. Some historical evidence indicates that early launchers were used by warring Chinese factions as far back as 900 AD. Contemporary rocket launchers owe their development to two separate technologies, the shape-charged warhead and the rocket engine. Both innovations were primarily of American design, with the shaped-charge being born out of tactical necessity and the rocket engine the brainchild of American physicist Robert H. Goddard. American and German engineers independently integrated these nascent technologies, producing a variety of deadly weapons.

The precursor to the Panzerschreck was the (German, “armor fist”), a single-use weapon that launched an unpropelled shaped-charge at distances up to 200 feet. The Panzerfaust became the inspiration for later rocket-propelled grenade launchers, such as the Soviet RPG-7, eventually giving way to the more elaborate Panzerschreck (German, “tank’s bane”). Unlike the earlier Panzerfaust, the Panzerschreck was reusable and fired a truly self-propelled, 88 mm, fin-stabilized rocket. The creators of the Panzerschreck also owed a nod to the American Bazooka, another antitank weapon that heavily influenced the design and deployment of their own anti-armor platform.

Unlike the Bazooka, however, the Panzerschreck was very reliable, packed an incredible punch, and was capable of penetrating armor up to 160 mm thick. The American M4 Sherman battle tank, in comparison, was only protected by a paltry three-inch layer of armor (76 mm). Thus, even a rudimentary trained Panzerschreck crew could completely decimate most American armor. Finnish troops used the Panzerschreck, during the closing years of the war, to obliterate 25 Soviet tanks in a single engagement. The tactical success of the Panzerschreck was so overwhelming that it forced American weapon designers to return to the drawing board, releasing the improved M20 “Super Bazooka” just as the war ended.