This Day In History: Jim Bowie Used the Bowie Knife For the First Time. 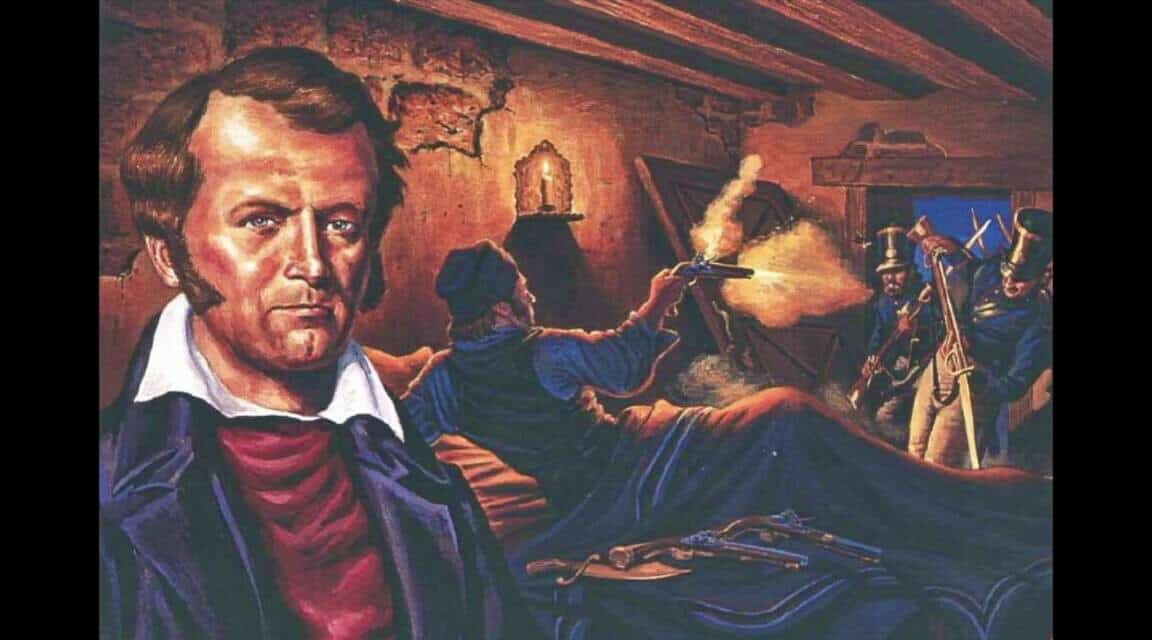 This Day In History: Jim Bowie Used the Bowie Knife For the First Time.

On this day in history, Jim Bowie kills a man with, the Bowie knife. This is the first recorded use of the weapon in the Old West. Jim Bowie had been dueling a man, a local banker. However, after they both failed to shot each other with their guns, Bowie, and the banker begin, to brawl. The banker stabbed Bowie with a sword and while it was still in his chest, Bowie pulled a knife and stabbed the banker. The knife practically disemboweled the banker. After stabbing his enemy Bowie was shot several times but survived. The newspapers reported this fight and Jim Bowie became famous as a result.

The Bowie Knife is named after Jim Bowie, one of the most famous frontiersmen in the Old West. In reality, Jim Bowie may not have actually invented the Bowie knife but his brother was the real inventor. The man who probably invented the Bowie Knife was Rezin Bowie, the brother of Jim. He came up with the idea of a large sharp knife after he was nearly killed in a knife fight. The Bowie knife was also known as the Arkansas toothpick. The Bowie brothers were typical frontiersmen and they were involved in a lot of fights and regularly attacked by wild animals. The knife was a favorite weapon of the American frontiersman and they preferred that weapon to guns. The Bowie knife soon became a firm favorite in the Old West. Rezin Bowie probably invented such a brutal weapon in order to win any knife fight and also to scare any would-be attacker away.

The design of the Bowie knife varied somewhat, usually the Bowie knife was a 9- to 15- inch blade sharpened only one side for much of its length, with a curved tip. The tip of the knife was double-edged. The double-edged tip made the knife ideal for stabbing, while the dull edge with the brass or steel hand could be used to bludgeon an enemy . The Bowie Knife was the perfect knife for close-quarter fighting and was regularly used by buffalo hunters, cowboys, and Indian-fighters. They were regularly used in the many knife-fights that occurred in the Old West. The Bowie knife became the weapon of choice for many cowboys and frontiersmen. The newspapers often carried reports of frontiersmen and their use of the Bowie knife and many manufacturers produced their own versions of the weapon, to cash in on its popularity. Soon the Bowie knife or knives based on that design were to be seen all over the west.

The Bowie knife was replaced to an extent by the Colt . 45 pistol and other repeat firing weapons. However, the Bowie knife remained very popular and many cowboys and buffalo hunters would wear one by their side. They relied upon the Bowie Knife, if their own handguns misfired, which often happened at this time.