Rifles were a widely used type of weapon during the Second World War. A nation would field one or more types of infantry rifles. While some were more specifically identified with particular nations, others were used by various countries more randomly with no apparent partialities.

We have sampled a list of five of what we consider the best infantry rifles that served in World War II. If it wasn’t used then, it isn’t on the list. And if it’s anything like a machine gun or submachine gun, it isn’t here either. Not even assault rifles have featured in this classification. 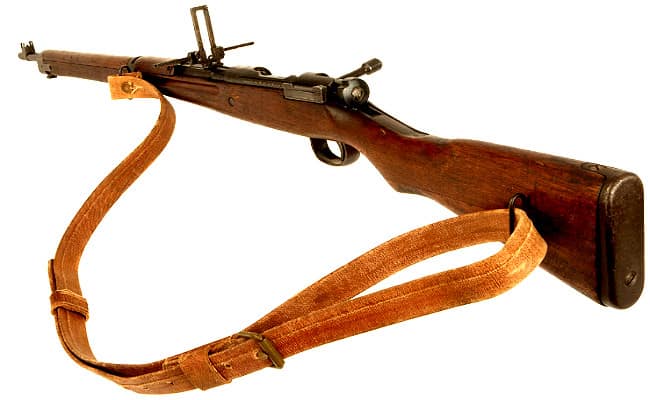 A Type 99 Short rifle, also known as the “last-ditch” Type 99 rifle is widely identified with the Japanese. The Type 99 bolt rifle is one of the sturdiest military-grade rifles ever made. There are however a lot of late-war rifles that used lower quality parts, entirely lacked a finish- basically suffered lots of shortcuts to ease production for purposes of the war.

These late-war “last-ditch” rifles are often identified by their wood butt plate, poorly finished stock, noticeable tooling marks in their metal, unfinished bolt knobs and handle and rudimentary sights- all of which speak of crudeness. They may as such be unsafe to fire. The Type 99 rifle Arisaka has no monopod nor flip-up anti-aircraft rear sight. The rifle has the Arisaka design. It’s the bolt-action rifle that the Imperial Japanese Army used during the 2nd World War.

Unlike its prototypes, it had a unique disadvantage. The Type 99 had an increased recoil caused by its fairly heavier cartridge on a lighter-weight rifle. 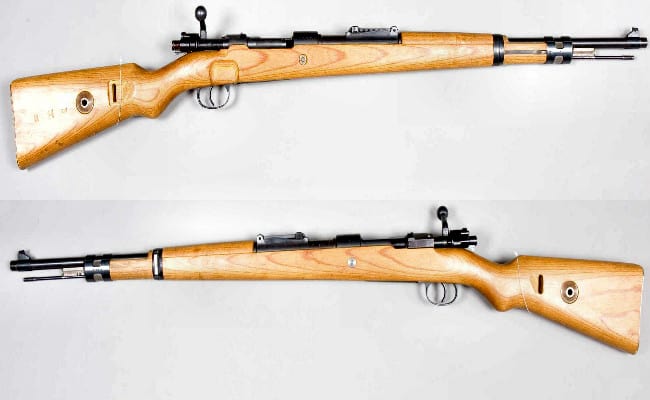 The Karabiner 98k is a rifle that was derived from earlier Mauser rifle models. This followed a February 1934 order by the Army Weapons Agency- Heereswaffenamt to have a new military rifle adopted. The initial models include the Karabiner 98b and the Mauser Standardmodell of 1924. Both of these had been developed from the Gewehr 98, an earlier version.

The Mauser Karabiner 98k rifle was designated as Karabiner 98 Kurz, (Carbine 98 Short) because it was shorter than the earlier Karabiner 98b from which it was developed. It, however, shared a lot of similarities with its predecessor, chiefly great accuracy, reliability and an effective range. It boasted up to 1,090 yards with an 8× telescopic sight and 550 yards with iron sights. A controlled-feed bolt-action rifle of the Mauser M 98 system, the Karabiner 98k’s internal magazine can be loaded with five sizes 7.92 by 57mm Mauser cartridges either one by one or from a stripper clip.

This rifle is widely associated with the Germans as all the country’s branches of armed forces used it during World War II. Provided there was anyone German in a war theater- from Europe to North Africa, the Soviet Union to Finland and Norway- there was the Mauser Karabiner 98k rifle. This rifle was powerful. It was initially hard to suppress and was responsible for most of the victory the German forces acquired. It only became less advantageous in the rate of fire when Germany’s American and Soviet enemies started fielding more semi-automatic weapons giving their troops an upper hand. Despite these misgivings, the Karabiner 98k remained the Wehrmacht’s main infantry rifle until the end of the 2nd World War.

This French weapon is a short, carbine-style rifle with a slab-sided receiver and two-piece stock. It features the modern, rimless 7.5 by 54mm French cartridge chamber. This is a shortened version of the regular 7.5×57mm MAS mod. 1924 cartridge introduced in 1924 and later modified in 1929 the FM 24/29 light machine gun.

The MAS 36 rifle was the result of the French experience in World War I. It combines features of various other rifles such as the British SMLE rifle, the U.S. M1917 Enfield rifle as well as the German Mauser. With these features, it looks rather ugly and rough but is massively robust and reliable as a service rifle. Its bolt handle was bent forward. That’s an awkward position, but it served its purpose well: to come into a convenient position for the firer’s hand. Modern versions of the rifle have since had their bolt handles bent backward into a downward-facing position just like those of many bolt-action rifles.

The MAS-36 rifle was fitted with large rear aperture and front post, and had a fairly short barrel and sights designed for typical fighting ranges. It had no manual safety and would normally be carried with an empty chamber and a loaded magazine only to be loaded when the soldier was engaged in combat. The MAS-36 featured a 17-inch spike bayonet which would be reversed in a tube just below the barrel. It also had a stacking hook offset for standing a number of the rifles, usually three of them. 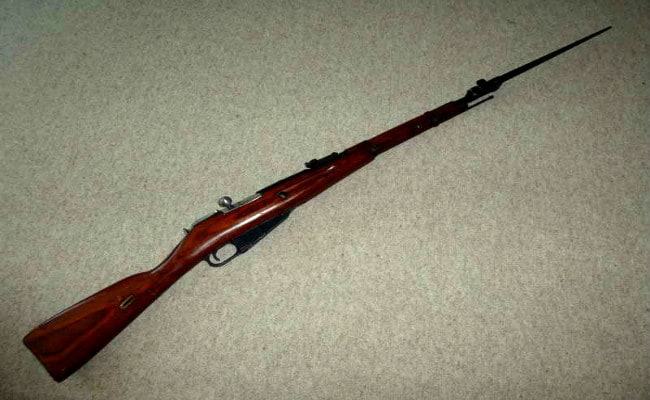 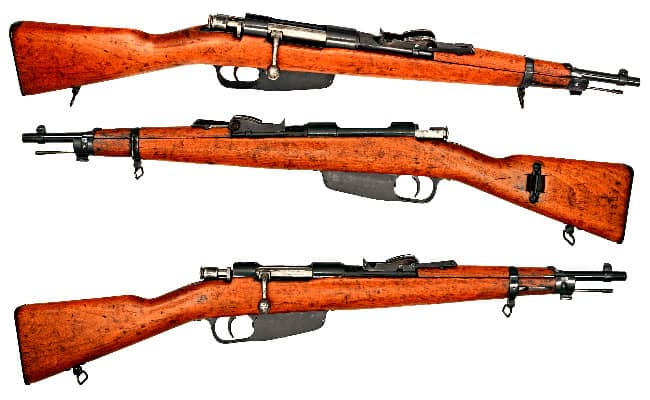 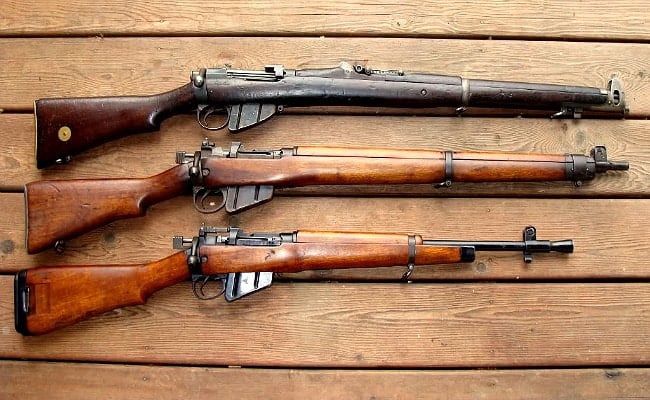