This Day In History: The Russo-Japanese War Begins (1904) 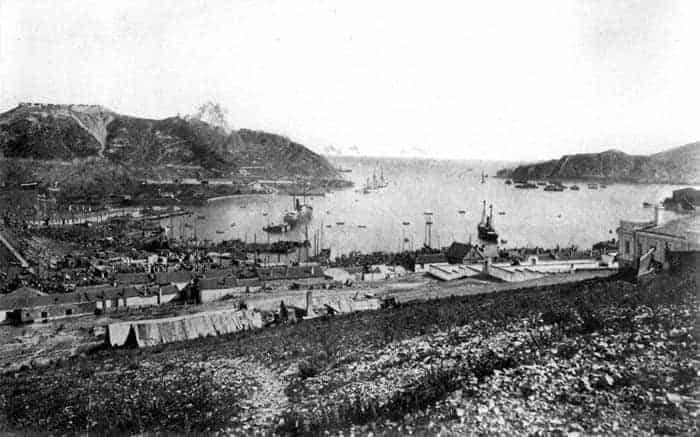 This Day In History: The Russo-Japanese War Begins (1904)

Some three hours, later the Japanese government declared war on the Russian Empire. The news of the attack stunned the Russian government. However, Tsar Nicholas II ordered the Russian army and navy to be placed on alert for a full-scale war. The Russians felt betrayed by the attack as they had earlier sought assurances that the Japanese would not stage a surprise attack on Russians forces in the Far East. The Japanese believed that they were entitled to attack Port Arthur as the Russians had earlier gone back on a pledge not to occupy Manchuria. Tokyo believed that the Russian occupation of Manchuria, technically still part of China, was a direct threat to its security. This persuaded Tokyo to order a surprise attack on Port Arthur.

The Japanese launched a full-scale attack on Port Arthur the following morning. The Russian fleet did not seek to engage the Japanese. The Russians used batteries on the land to keep the Japanese from entering the port. The Japanese were denied an outright and quick victory, so they settled in to blockade the port. Port Arthur was one of the key ports in the North Pacific and whoever controlled it was able to control the sea lanes in that region. The Russians had fortified it heavily. The Imperial Russian Far Eastern Fleet was able to hold on despite being besieged by a superior force. The Japanese were able to land at Incheon in Korea, and they soon conquered the entire Korean Peninsula and threatened Manchuria.

Although they were able to defend Port Arthur, the Russians were reluctant to leave the port, especially after the death of their charismatic commander Admiral Markhov. However, the fleet was ordered to leave port and to challenge the Japanese. When two Russian dreadnoughts left the port they were sunk by Japanese mines. The situation in Port Arthur became a stalemate, especially as the Russian laid many mines at the mouth of the harbor. These mines foiled a major Japanese attack on the port. The Russians tried to break through the Japanese blockade in June 1905, but were thwarted.

The Japanese were able to move ground forces into the area, and they began to shell Port Arthur from nearby hills. This changed the course of the battle for Port Arthur. The shells from the howitzers surrounding the port sank four Russian cruisers and two dreadnoughts. This effectively neutralized the Russian fleet in the Far East, which was a key Japanese objective.