This Day In History; An Earthquake Killed Thousands In Iran (1990) 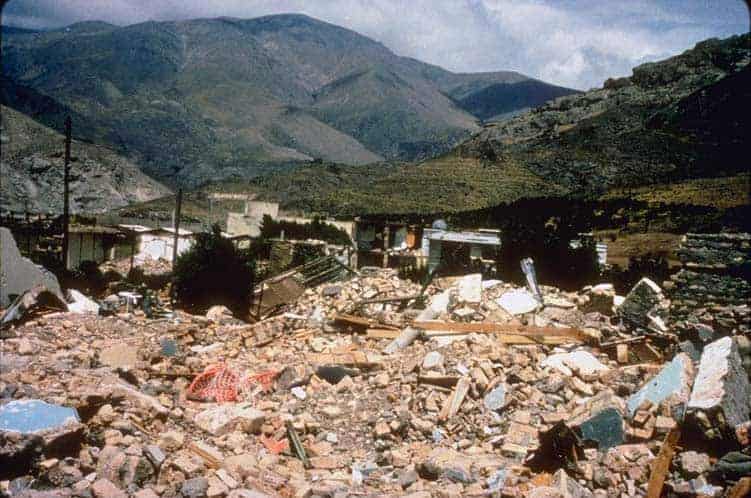 This Day In History; An Earthquake Killed Thousands In Iran (1990)

Today in History a terrible earthquake struck Iran. The epicenter of the earthquake was in the north of Iran. The earthquake near the Caspian Sea kills between 40-50,000 thousand people and injures countless on this day in 1990.

The earthquake had a 7.7-magnitude. The quake destroyed many of the simple mud houses in the area. Many poorly built buildings simply collapsed and killed all the inhabitants. The earthquake was to be one of the most devastating in the region in modern times, the area has a long history of violent seismic activity. The earthquake hit just after midnight. Most people were asleep and did not have time to react to the disaster. This probably made the earthquake more devastating as if it happened by day many people could have escaped from their homes, which fell like houses of cards because of the tremors.

The earthquake devastated a 20,000-square-mile area over two provinces. This area was mainly poor and the housing in the provinces was very poorly built. In towns. In some parts of the areas hit by the quake not a building was left standing and all the residents had been killed. The Iranian military was at the forefront of the relief efforts. Iran declared a national emergency and all the national resources are deployed to help the many injured. The area hit by the quake was devastated and its infrastructure was severely damaged. The water supply was disrupted and many feared that this could lead to disease among the survivors of the quake. The Iranian government issues tents for the homeless and sets up camps for the many people displaced by the disaster.

To compound, the disaster a dam had burst. The dam had been badly damaged by the tremors. Farmland was flooded and many people lost their lives. Landslides became a major problem, not only killing people, destroying houses but also blocking roads. This meant that many people who had been trapped beneath the rubble of their homes could not receive help and suffocated under the rubble. One estimate is that the quake left almost 500,000 homeless.

Iran was not in a position to launch an extensive relief operation. The country had just ended a long war with Iraq and had only limited resources. Furthermore, the United States had imposed sanctions on the Islamic Republic for the taking of American hostages in 1979. This meant that Iran was internationally isolated and it had a deep suspicion of the west, who it saw as its enemy, even at this critical time.

Worldwide relief efforts were undertaken. The Iranian government reluctantly accepted assistance from the United States. The country refused help from Israel and South Africa. Because of Iran’s difficult relationship with many western countries, many relief workers from western nations were sent home early. This may have undermined the relief operation as they had critical skills that could have saved people and helped the many injured.

The New York Times – The World; Even an Earthquake May Not Be Enough to Pry Open Iran

Al Jazeera – Iran Marks Anniversary Of 1979 Takeover of US Embassy