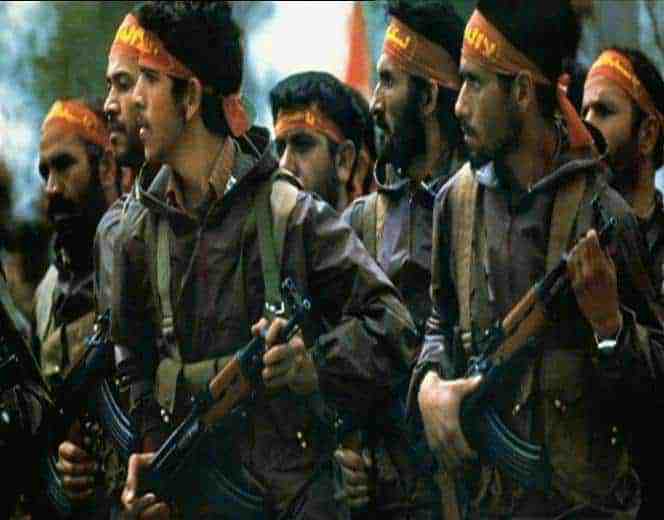 On this day in history, Iraq invaded Iran. There was a long-standing territorial dispute between Iran and Iraq. Iran was the biggest regional power and had the backing of the United States. However, in 1978-1979 there was series of demonstrations that led to the fall of the Shah of Iran and to his eventual exile. The Iranian Revolution greatly weakened the Iranian army and air force. Baghdad saw that there was an opportunity for it to take some territory from Iran. The Iraqi army had been supplied with the best Soviet and French equipment and the country had a modern air force and the country’s leadership were confident of success.

As the Iranian Revolution unfolded, there was another historic event happening in neighboring Iraq. Saddam Hussein a former terrorist had become President. He had been the defacto leader for many years as he controlled the elderly President from behind the scenes. Saddam was to make himself a tyrant and he saw a great opportunity to make Iraq the greatest power in the Middle East by invading Iran. On this day in history, the Iraqi army without warning invaded Iranian territory. They initially caught the Iranians off-guard and they penetrated several dozen miles into Iran. The focus of the invasion was Iran’s oil-producing province of Khuzestan, which had a large Arab population, some of whom were sympathetic to their fellow Arabs, the Iraqis. Iraqi air force attacked Iranian airplanes as they were on the ground and its tanks drove across the border. It is estimated that over 200,000 troops were involved in the invasion.

After initial advances, the Iraqi offense came to a halt, the Iranian defended their land with great bravery and the Iraqi army was not able to secure any major urban centers. The war began to resemble the Western Front in WW I and both sides suffered appalling casualties. Chemical weapons were first used by Iraq in the early years of the war and became a feature of the fighting, despite, them being outlawed by international law. The Iranians often used mass infantry attacks to repulse the Iraqis. It soon became clear to the government in Baghdad that they had mad a bad miscalculation and that Iran was a more formidable enemy that they had expected. The country was inspired by the Revolution to fight back against the Iraqis. Saddam was able to secure support from many other Arab countries and also support from the Soviet Union. His army was smaller than Iran’s but it had superior weapons. Iran was not able to secure sophisticated weapons because of the sanctions imposed on it because of the American Embassy Hostage Crisis.

The Iranians despite being poorly equipped managed to gradually push the invaders back. In 1982, Iraq voluntarily withdrew from captured Iranian territory and sought a peace agreement, but the government in Tehran then firmly controlled by the Ayatollah Khomeini continued fighting. The war was to drag on for another six years and only ended in 1988. It is estimated that some 500,000 people died in this war.