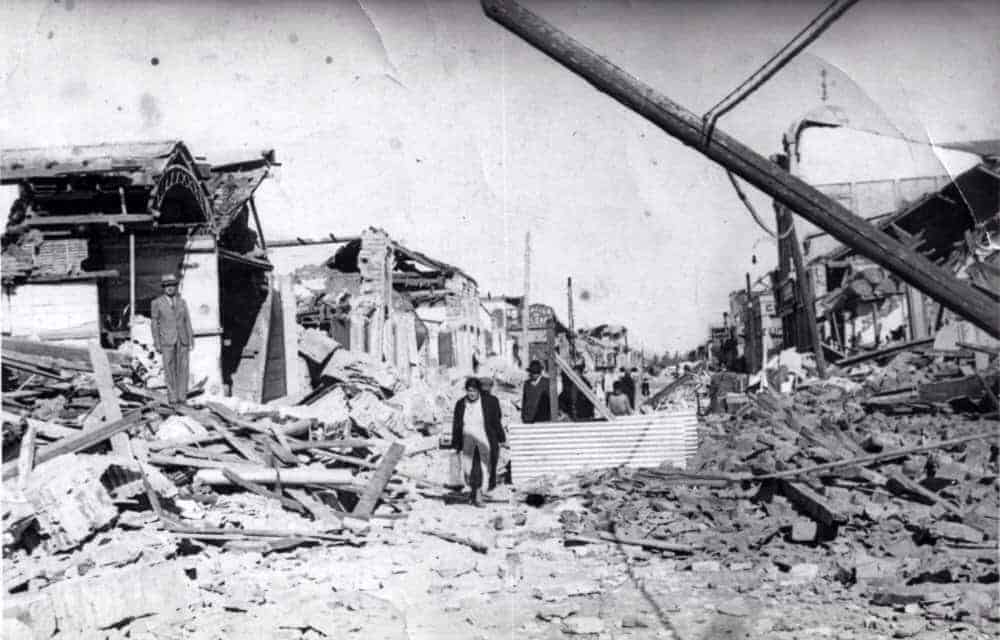 This Day In History: An Earthquake Devastated Chile, Killing Tens of Thousands (1939)

On this day in history, a terrible earthquake devastated the Latin American country of Chile. On January 24, 1939, an 8.3 magnitude earthquake struck central Chile around noon. It is estimated that the quake killed up to 50,000 people, though some claim that the real death toll was most likely around 28,000. The quake came 21 years after another terrible quake in which approximately 5,000 died in Chile.

The first area to be hit was the town of Chillán, where several thousand houses were destroyed. It is believed that almost one in four of the citizens were killed, many trapped in collapsed buildings. Several minutes later the town of Concepción was violently hit. Here, nearly all of the buildings were completely destroyed. The bodies of the dead piled up and were later buried in mass graves. The quake started fires in Concepción that burned out of control for several days. Electricity and water were cut off, and the town’s infrastructure was all but destroyed.

Chile has a long history of earthquakes and almost the entire country lies on a geological fault line. It is believed there is a quake every three years on average. Usually, there are a series of foreshocks before a major quake. This usually alerts the population to the danger of an impending earthquake. However, in 1939, there were no foreshocks, and the quake caught the population unprepared, making it all the more devastating and deadly. The reason for this still perplexes researchers, but one theory argues that a rapid change in the barometric pressure on January 24, 1939, disturbed usual patterns.

In the aftermath of the earthquake, Chilean President Pedro Aguirre Cerda declared martial law. The earthquake resulted in chaos, and the army had to patrol the ruined streets. The Red Cross was very swift to react and helped the survivors greatly. Fortunately, the mild winter allowed for easy delivery of assistance and supplies.

Both Chillán and Concepción had previously been devastated and had been moved following quakes in years past. After 1939, the towns were not moved but instead were rebuilt on their original sites. The buildings were designed to reduce the devastation caused by earthquakes and to protect the inhabitants.