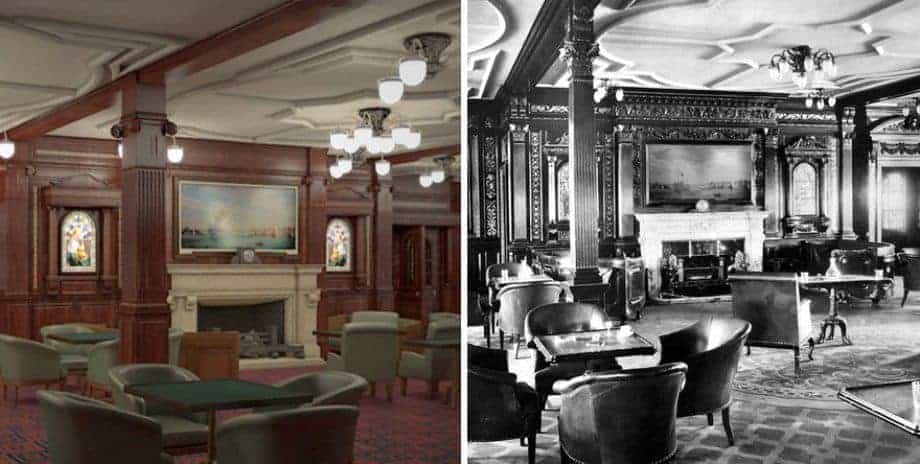 The Blue Star Line has spared no expense when it comes to providing an accurate and authentic experience of the voyage. After all, Titanic II cost nearly four times as much as the first one.

According to the website, the ship will feature all the same restaurants and dining rooms as the original, with antique decor and a menu to match. Other amenities the boat will have include saunas, pools, and a Turkish bathhouse.

27. You Can Still Visit the Original Titanic

Perhaps the idea of sailing on the Titanic II doesn’t sound appealing to you. Maybe the idea of naming a ship after one of the most significant maritime tragedies have you worried about history repeating itself. Alternatively, perhaps you’re extremely adventurous and want to experience the original Titanic in all its former glory.

Never fear – you still have the option of visiting the original shipwreck. Several companies now have plans to take tourists down to the site in 2019 and 2020, though that window of opportunity will not be open for long. Of course, prices are exorbitantly high: over $100,000 per person. The dive takes up to 12 hours to reach the 12,500-foot depth, making it less seen than outer space!

Clive Palmer pragmatically said, “Anything will sink if you put a hole in it,” making him much smarter than the Titanic character, Cal, who said, “Even God himself couldn’t sink it!” The movie quote is based on the excitement surrounding the ship before the maiden voyage and the claims of it being an unsinkable ship.

Anything can happen when Mother Nature is involved; however, the designers and engineers will do everything in their power to protect the passengers and the ship from sinking.

Clive Palmer announced in a statement made in Brisbane, Australia that the UK’s decision to leave the European Union had forced his Australian cruise company, the Blue Star Line, to base their planned European office in Paris instead of London.

The reasoning is that it would be of little use to have a European HQ outside of Europe. The decision meant a delay in the European office launch until March 2019.

The Titanic II will have the same maximum speed as the original of 24 knots and would feature a larger rudder and a modern diesel engine instead of steam boilers. One knot is approximately 1.15 mph, making the maximum speed of the ships around 27 or 28 mph.

The official world water speed record is 275.97 knots, or about 318 mph, though the average rate of a cruise ship is typically between 20 – 30 knots.

The Titanic II will have propellers mounted in Azipods or pods that can turn on a vertical and azimuthal axis for steering. The original Titanic had three propellers. Two would not be enough to transmit the power at the engine’s nominal speed, and the centerline propeller was driven by a Parsons low-pressure turbine using the low-pressure steam after it went through the reciprocating engines that drove the two outboard propellers.

The two outer propellers had three blades, and the centerline propeller had four. Essentially, the designers tried to combine the two types of propulsion engines thermodynamically and hydrodynamically through the use of three- and four-bladed propellers.

32. Palmer Is a Third-Class Traveler

In a 2013 interview, Palmer claimed that he plans to travel in third class on the Titanic II’s launch. Though enormous sums of money collected from the Titanic’s first-class passengers, a considerable percentage of transatlantic voyages were made from the passengers in third class, also known as the “Steerage” passengers because of the location of third class deep in the ship’s hull.

The Titanic’s steerage tickets were more expensive than most other third-class cabins or accommodations at the time, with a third-class ticket costing nearly a month’s wages for a skilled laborer. This was mainly because the ship was an overall more luxurious ship than any others on the market, except for the Olympic. The result was that a typical third-class passenger was usually upper working-class or lower-middle-class.

Many luxury liners today include a helipad – a feature that was certainly not on the original Titanic. However, the Titanic II may get this special upgrade on the aft deck, which means it would not be as visible to the public.

Helipads are usually used on a ship for harbor operations or medical emergencies, though in evacuation cases, helipads are unnecessary because trained individuals can climb up or down while the helicopter is stationary. Maritime helicopters also tend to be larger than usual ones, which complicates the question of where to place the helipad without disrupting the rest of the ship’s design.

As we’ve mentioned, the Titanic II will have an additional lower deck called the safety deck. A fun feature of this deck is that it will also include a casino, hospital, a theater, and a few shops. The theater will seat approximately 400 and will be more of a ‘show lounge,’ since the deck is single-height. Some ships can accommodate up to thousands of passengers at once, but the Titanic II will not follow suit on this modern luxury.

Casinos on the ship are not a British tradition, so the Titanic did not have one, but they are currently among the most profitable public rooms on a modern cruise ship.

Roget, S. (n.d.). They’re Rebuilding The ‘Titanic’ And You Can Go On Its Maiden Voyage.