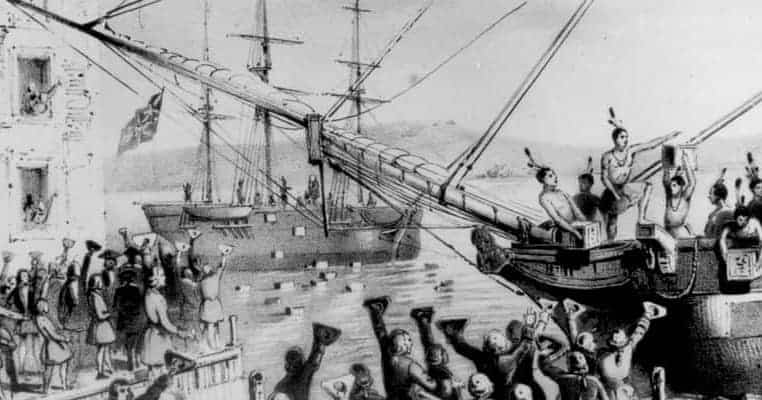 24. The Great Rebellion of 1857 brought the company to its end

In 1857 troops of the EIC throughout India rose in rebellion against their British masters. The troops – known as Sepoys – gave the rebellion its most widely used name of the Sepoy Mutiny. In India it is known as the First War of Independence. At the time of the rebellion, more than 300,000 Sepoys were in the EIC armies, which were divided into three separate entities, the Bombay Army, Madras Army, and the Bengal Army. About 50,000 British troops were divided between the three armies, also employed by the EIC. The Bengal Army contained a large number of Sepoys who were higher-caste natives. The rebellion began in the Bengal Army.

It was rapidly and brutally suppressed by the EIC using Sepoy troops which remained loyal to the EIC. During the rebellion religious strife emerged and massacres of prisoners and civilians were frequent. Atrocities were perpetuated by all sides and were widely reported in the press in Great Britain, where sentiment against the Indians hardened. But in the aftermath of the rebellion, sentiment turned against the EIC and its administration of India. In August, 1858, the British government enacted the Government of India act of 1858, transferring the control of India to the British Crown.

25. The end of the British East India Company

Queen Victoria added the title Empress of India to her stylings, and the period known as the British Raj began in India following the Sepoy Rebellion. Most of the East India Company bureaucracy remained in place, though no longer employed by the company. The company itself remained in existence for another fifteen years, administering the tea trade for the British government, though it no longer had a monopoly. It also assumed the role of keeping the British outpost at St. Helena supplied, due to its importance to British ships and as a source of saltpeter, an essential component of gunpowder.

It was dissolved formally in 1874 by acts of Parliament. The company’s army and navy were absorbed by their counterparts under the British Crown. The Bombay Marine became Her Majesty’s Indian Navy. Most of the policies of the EIC regarding its military arm remained in effect under the Raj, as did those of the administration for some time. British influence continued to expand in the Indies through the middle of the 20th century, when Indian independence was finally granted as the British Empire broke apart in the aftermath of World War II.

“The Anarchy – The Relentless Rise of the East India Company”. William Dalrymple. 2019

“Lords of the East: The East India Company and its Ships”. Jean Sutton. 1981