This Day In History: China Ceded Hong Kong To Britain (1843) 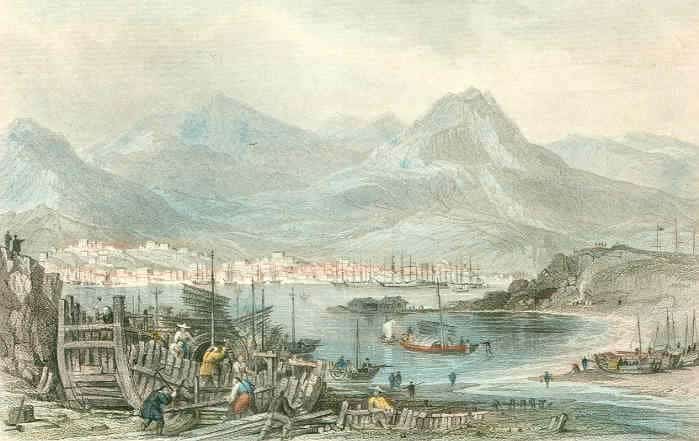 This Day In History: China Ceded Hong Kong To Britain (1843)

On this day in 1843, the Chinese Empire grants the island of Hong Kong to the British. The British demand the island even though it was sparsely populated because they recognized its strategic importance. The British had invaded China during the so-called First Opium War. Britain had increasingly come to dominate China economically and it was exporting opium from India to China. This was causing massive social problems in the Chinese Empire. The British believed that they had a right to trade freely with China. The Chinese grew resentful of the British interference in their internal affairs and especially their involvement in the opium trade. This led to war.

The British army and navy inflicted a heavy defeat on the Imperial China. Britain was technologically more advanced than China and this guaranteed it a total victory over the Chinese. China cedes the island of Hong Kong to the British as part of the treaty that ended the war. The island was granted to Britain under the terms of the Chuenpi Convention, an agreement seeking an end to the First Opium War. The British encouraged traders to settle on the island.

Trade on the island was lightly taxed and only lightly regulated which was in contrast to the Chinese mainland. Soon the colony was a key point in east-west trade. The colony became an entry point to Southern China. the British secured Kowloon Peninsula from China in 1860 and this allowed Hong Kong to expand. In 1898 Britain was granted a 99 years concession for the New Territories, under the terms of the Second Convention of Peking. The colony continued to flourish and during the dark days of the Chinese Civil wars after the fall of the last Emperor, many people fled to the island for safety and opportunities.

During the Second World War, the island was occupied by the Japanese but the British regained control of the colony in 1945. Hong Kong was cut-off from mainland China after the Communist Revolution. However, the people of the colony still managed to trade with the rest of Asia and rapidly industrialized. Soon the colony was regarded as an economic miracle.

In the Fall of 1984, after years of negotiations, the British government and the Chinese signed a formal agreement that approved the transfer of the island to Beijing. This is despite the fact that originally China had ceded control of the island in perpetuity. Hong Kong was allowed to retain certain liberties and rights, most importantly it was allowed to retain its capitalist system. The former colony became a special administrative district in the People’s Republic of China. In 1997, the British handed over the colony to China attended by representatives from the two countries and from around the world. Hong Kong was able to remain an economic powerhouse. Indeed it is now one of the world’s financial hubs. There have been tensions in recent years in Hong Kong, over issues such as autonomy.