This is What it was like Growing up in Ancient China 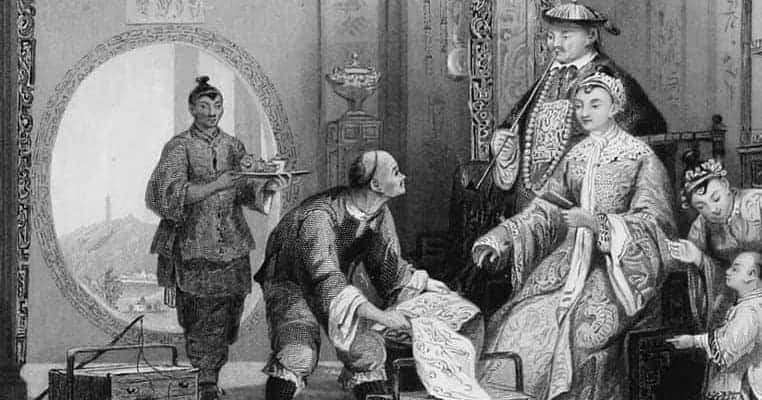 This is What it was like Growing up in Ancient China

17. Women had their own scale of punishments in ancient China

For women who committed the same crimes as men a different scale of punishments evolved, and the manner in which they were carried out differed as well. All were forms of torture, and though women could be sentenced to death they were not ordinarily subject to public execution and humiliation. When women were sentenced to death they were required to take their own lives in a forced suicide, the manner of which was up to the offender and completed in private, after which it was confirmed by the prelate. In that manner the Chinese avoided the societal taboo of killing a woman, which was not because women were considered sacred, but because all women were the property of someone. Even a widow was the property of her late husband.

The mildest form of punishment for transgressing women was being forced to grind grain for a predetermined period of time, or a predetermined amount of grain. Since grinding of grain was by hand it was hard labor. More serious offenses led to the individual fingers of the hands being pressed between wooden planks or sticks to inflict pain, a process repeated several times until the sentence was deemed to be complete. Fourth was a beating upon the back, using heavy wooden bars, with the number of blows determined by the judge. The punishment for behaviors for which men faced the rest of their lives as eunuchs was for women what is now known as solitary confinement, for a length of time ordered by the judge.

18. The ancient Chinese could buy their way out of even the death penalty

All of the prescribed sentences in ancient Chinese society could be avoided through the payment of fees to the court, which ultimately went to the emperor. The payment was cash in the form of copper coins. Even the death penalty could be averted by the payment of a fine in copper. That even capital crimes could be resolved by the transfer of the equivalent of hard currency is a clear indication of the lack of hard cash at all levels of Chinese society. The amount of the fines charged to avoid corporal and capital punishment varied with each crime, and changed over the years. Thus in ancient China, wealthy criminals escaped the courts and the consequences of their crimes far more readily than the poor.

Even for the wealthier Chinese, the amounts of the fines were huge for the day, and the majority of those convicted from all classes suffered the physical punishments, rather than the financial. It was a harsh and brutal life. A child born into Chinese society entered into it unaware that he or she was limited by circumstances over what could be accomplished during life, and many lived their entire lives within a few hundred feet of the place where they had been born, dying many years later as a venerated elder, to be worshiped by succeeding generations in the same house for centuries. In many Chinese families, they remain venerated today, despite the many changes to China and its people.

“Why Footbinding Persisted in China for a Millennium”. Amanda Foreman, Smithsonian Magazine. February, 2015

“Life in a Golden Age: The Status of Women in China’s Tang Dynasty”. Alexis Rapozo. 2016. Online

“Confucius and the Scholars”. Charlotte Allen, The Atlantic. April 1999

“The Great Wall of China is Under Siege”. Brook Larmer, Smithsonian Magazine. August, 2008