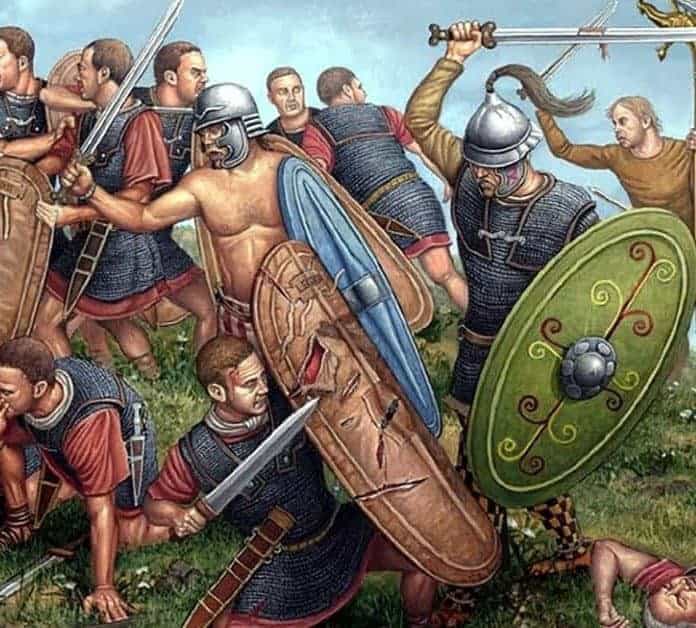 10,000 years ago, a group of rival hunter-gatherers fought on the shore of Lake Turkana in Kenya’s Rift Valley. The event was the first known warlike encounter in human history. Since then, humanity has found increasingly innovative ways to solve disputes over territory and resources settle grudges or satisfy a need for power and pure greed. Between the fourth millennium BC and the fourth century AD, many cultures relied upon their military prowess. Their tactics and innovations in the ways of war built their empires and their reputation as fearsome warrior cultures. Here are just eight of them.

Mesopotamia was the cradle of civilization. So it is no surprise that it was also the birthplace of organized warfare. The ancient Sumerians pioneered war and conquest, in the same way as they did city building, religion, and commerce. But it took a successive civilization to perfect it. In the third millennium BC, the Akkadians developed the first professional army, the first military dictatorship, and the world’s first real empire. It was an empire that lasted two centuries and stretched across the Middle East.

The Akkadian Empire began in the Mesopotamian region of Akkad, north of the established Sumerian city-states. The people of Akkad were Semitic, an emerging culture that was subservient to the culturally dominant Sumerians. However, one man was about to change this. His name was Sargon, the Semitic cupbearer of Ur Zababa, King of Kish, one of Sumeria’s pre-eminent cities. Sargon had achieved his position through merit. But he knew as a Semite he could not hope for further promotion. So he decided to help himself.

Sargon began by overthrowing his master and becoming King in his place. But he knew if he was to hold onto his power, he had to remove any potential opposition. So Sargon decided to move against the Sumerian’s first. He attacked successive Sumerian city-states, putting their leaders to death until he had united the whole of Mesopotamia under the rule of Akkad, his capital city. By the end of his 50-year reign, Sargon had fought 34 wars, adopted the epithet ‘the great’ and able to bequeath an empire to five generations of his family. So how did he achieve this feat?

The first step was a professional, standing army, something the Sumerian’s did not have. They only called citizens to arm at need. Sargon organized a core of 5400 men who formed his trusted forces. But he also implemented a clever recruitment technique. Each conquered city was required to contribute a certain number of soldiers to the Akkadian army. The men swelled the ranks of the military while ensuring the loyalty of the subdued states.

Rather than organize his forces by regions as the Sumerians did, Sargon mixed them up. He dispensed with single line combat and ordered each phalanx to fight six men deep. Chariots, which were drawn by donkeys, cumbersome and vulnerable to attack were relegated to transport only. But it was Sargon’s grandson Naram Sin who implemented a weapon that gave the Akkadian’s an added edge: the composite bow. The bow was constructed of wood, horn and animal sinew melded together for extra strength, the composite bow could fire arrows twice the distance of an ordinary bow- and pierce leather armor.