Famous Artworks: Famous Works of Art were Lost or Stolen and are Still Missing 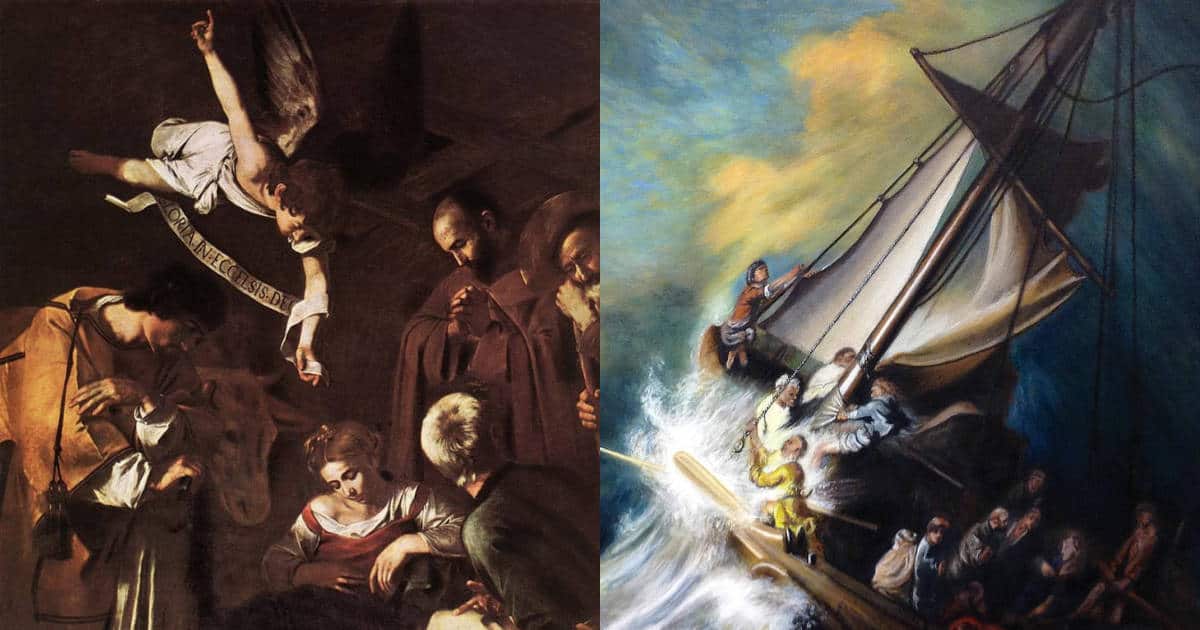 15. View of Auvers-sur-Oise by Paul Cezanne was stolen in a perfectly-executed heist while the city of Oxford partied into the new millennium

The French artist Paul Cezanne never got around to signing or dating his landscape of the town of Auvers-su-Oise. Because of this, many art historians believe that the work was left unfinished. But that didn’t make it any less attractive to the thieves who struck on the eve of the Millennium. While the rest of Oxford was watching a fireworks display, the criminal – or criminals – broke into the city’s Ashmolean Museum and made off with the painting.

As Britain woke up from its big party the night before, news of the heist spread fast. It was revealed that the thief broke in through a skylight and used a rope to rappel down to the gallery floor. They then used a smoke bomb to obstruct the security cameras and then set off the fire alarm. All went to plan: the museum’s security guards waited for the fire brigade to arrive, giving the thief enough time to find the Cezanne, take it off the walls and then leave the museum the way he came in. The whole crime took less than ten minutes to carry out.

Police were soon on the scene. Since the same gallery was home to several other valuable works, investigators concluded that the thief stole the painting to order, making the task of recovering it even more difficult. So far, no trace has been found, either of the thief or of View of Auvers-Sur-Oise. It’s believed that the painting would now be worth in excess of $10 million, making it one of the most valuable works of art ever stolen in Britain. Partly as a result of this single crime, the UK government passed a new law, deeming thefts of items deemed part of the British “national heritage” to be worthy of longer prison sentences than normal thefts.

16. En Canot by Jean Metzinger might have been stolen by a high-ranking Nazi, or it may have been burned a lot of other art the evil regime believed to be ‘degenerate’

Famously, the Nazis were quite hypocritical when it came to art. On the one hand, they were quick to condemn works painted by Jewish artists or by other so-called ‘degenerates’. On the other, however, they were more than happy to confiscate works by such artists, especially those worth large sums of money. Indeed, several prominent members of the Nazi regime would routinely ‘confiscate’ paintings and other works of art in the name of public decency, only to add them to their own personal collections. Which is precisely what’s likely to have happened to Jean Metzinger’s modernist masterpiece En Canot.

Frenchman Metzinger produced the piece in 1913. It depicts a woman, painted in a surrealist fashion, sitting in a canoe. Around her, waves are meant to give the viewer an unsettling feeling. The work painting was displayed in Paris that same summer and three years later it was acquired by Georg Muche. He agreed for En Canot to be displayed in a prominent gallery in Berlin, where it was then promoted to the German National Gallery. However, when the Nazis began their clampdown on art, it was confiscated. The painting was last seen in 1938, shown as part of the Degenerate Art Exhibition which toured Germany for three years.

When the Nazi’s infamous traveling exhibition came to an end, many of the featured works were auctioned off to buyers in Switzerland, with all the money going to fund the regime’s war preparations. En Canot was not among them. It may be that a senior Nazi stepped in and took it for themselves – Hermann Goering, after all, took works by Vincent van Gogh and Paul Cezanne for his private collection, despite both artists having been labeled as ‘degenerate’ by the regime. Alternatively, it might have simply been destroyed. If it is ever found, Metzinger’s missing work would likely fetch more than $3 million at auction, not before it sparked a debate over who actually owns it, however.

17. Portrait of a Lady by Gustav Klimt went missing from an Italian gallery in 1997 – or it may have been taken and replaced with a forgery many months before that

Thanks to his massively popular – and widely-reproduced – work The Kiss, Gustav Klimt is one of the best-known painters of all time. That also means that as well as being popular with the viewing public, the Austrian’s paintings are also popular with art thieves, as an intriguing case from 1997 shows. It was like something straight out of a heist movie, with forgeries, ransom notes and intrigue extending all the way to the top of the Italian political system.

The painting in question, Portrait of a Lady, was produced by Klimt in 1917. Later analysis revealed that it was painted on top of an earlier portrait of one of the artist’s lovers who had died in tragic circumstances. The Galleria Ricci-Oddi in the Italian city of Piacenza acquired the painting as early as 1925 and it remained one of its highlights right up until February of 1997. Then, when the museum was due to host a special exhibition in order to celebrate the re-opening of one of its galleries after renovation, Portrait of a Lady vanished.

Several months later, Italian police made a startling discovery. They found a secret workshop where skilfully-made forgeries of the Klimt portrait had been produced. It’s now believed that the painting stolen on the eve of the museum’s special exhibition might not have even been the original. It could well be that Portrait of a Lady was taken and replaced with a forgery several months before the high-profile theft, with the second crime staged to distract from the earlier one. So far, no firm leads have been found, even though the thieves purportedly got in contact with the former Italian premier Bettino Craxi at one point. The Klimt remains missing.

“Van Gogh stolen from Egyptian museum for the second time.” The Telegraph, August 2010.

“Painter on His Way to Work.” Startle, Rogue Art History.

“16 Secrets You Never Could Have Guessed About Your Favorite Works Of Art”. Trista. History Collection. October 22, 2018

“Former mobster may hold clue to recovery of stolen Caravaggio.” The Guardian.

“Want your stolen portrait back? Bring us £100,000 cash: What gangsters told Francis Bacon after taking his famous likeness, painted by Lucian Freud, from Berlin art gallery 30 years ago.” Daily Mail, May 2018.

“The 10 most-wanted missing or stolen paintings.” The Telegraph, April 2016.

“The Cezanne Stolen in the Perfect Art Heist for a New Millennium.” The Daily Beast, July 2017.

“A Museum Is Offering $10 Million To Help Solve the Mystery Behind the Biggest Art Heist of All Time”. Business Insider. Jacob Shamsian. Dec 26, 2017.