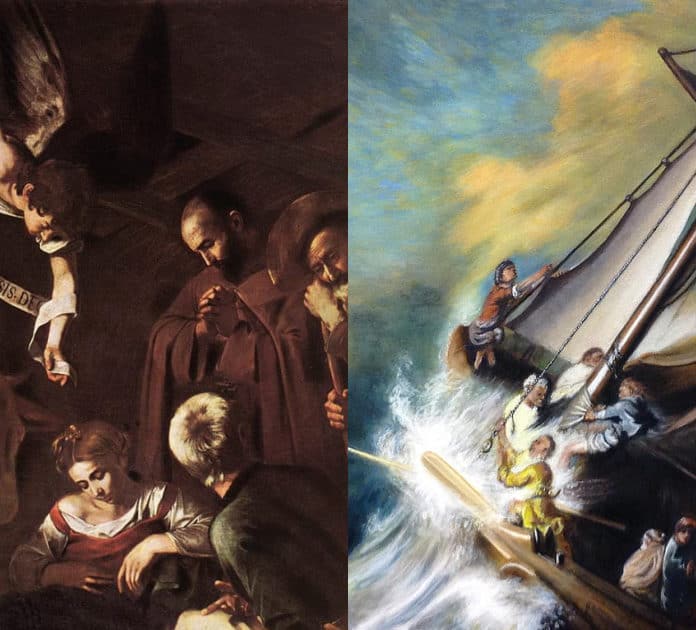 Almost everybody loves a good heist movie. And even before the age of the movies, novels featuring ‘gentlemen thieves’ were hugely popular with audiences across Europe and America. For some, so long as nobody is hurt or threatened in the process, stealing works of art is the ultimate victimless crime. What’s more, taking a masterpiece from a museum or gallery not only takes huge amounts of audacity, even daring, but it almost invariably requires lots of meticulous planning.

Understanbly, museums and galleries go to great lengths to get stolen artworks back. After all, some are worth millions, if not tens or even hundreds of millions of dollars. And governments might even get involved too, especially if a painting is the source of great national pride. This, and the fact that it’s almost impossible to sell a stolen painting on means that stolen works are usually recovered. But that’s not always the case. Sometimes, a painting is stolen and simply vanishes. Here we have 17 of the most famous – and valuable – works of art that are good, quite possibly for good.

1. The Concert by Vermeer remains the most valuable missing painting in the world, worth more than $200 million

An American art collector acquired Vermeer’s The Concert at auction for the-then princely sum of $5,000 at a Paris auction back in 1892. The painting held pride of place in the gallery named in the philanthropist’s honor, the Isabella Stewart Gardener Museum in Boston, Massachusetts. If the same painting went up for auction today, it would most probably be sold for more than $200 million. The problem is, however, that The Concert was stolen back in 1990. To this day, it remains the most valuable missing work of art in the world.

The Dutch master of later Johannes Vermeer most likely painted his missing masterpiece in 1664. It shows three musicians, all of the members of the Dutch bourgeoisie, at their instruments. It was an immediate hit, confirming Vermeer as one of the greatest painters of his generation. Even today, art critics praise his use of light and color and express admiration for the way he mixed the themes of music, social status and sexuality in such an apparently-banal looking domestic scene.

Vermeer’s acclaimed masterpiece was stolen, along with more than a dozen other works, on St Patrick’s Day in 1990. It’s thought that the two thieves didn’t really know what they were stealing. Rather, they just went through the museum taking what they could. Luckily for them, they managed to get away with a Dutch Old Master worth hundreds of millions of dollars. Boston police, as well as the FBI, are still working to solve has widely been referred to as the art heist of the century, or even the biggest of all time.

While several suspects have been identified over the years, no charges have ever been brought. Tragically, some investigators even believe that the Vermeer was destroyed by the thieves soon after it was taken, robbing Boston – and the world – of one of the world’s true masterpieces.