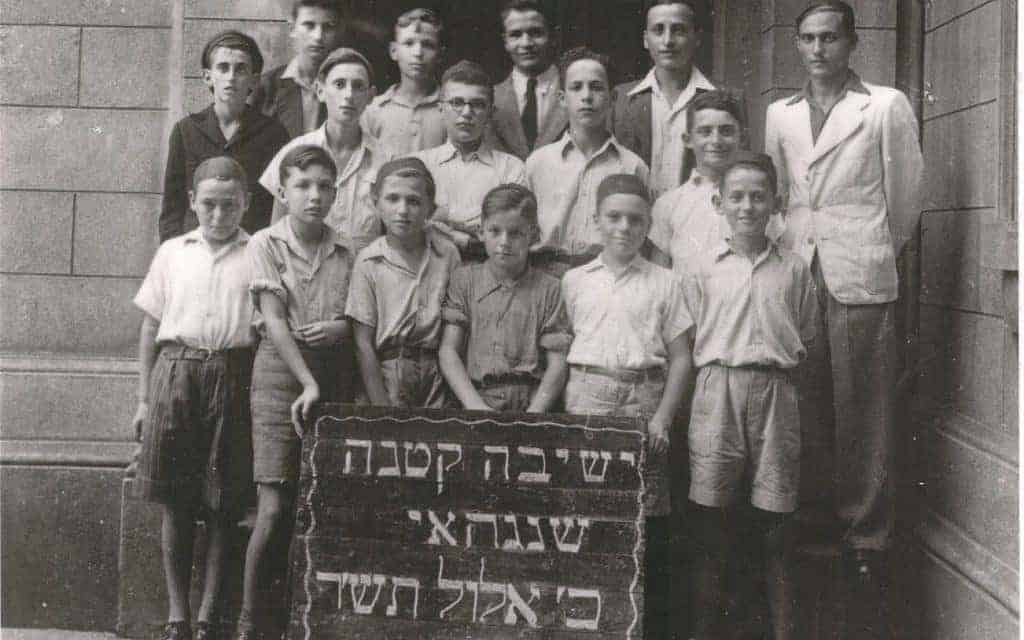 “Do what is right because it is right, and leave it alone” – Chiune Sugihara.

Relatively few know about the exploits of Japanese diplomat Chiune Sugihara (1900 – 1986) during the Second World War. It is unfortunate, because he risked his life and the lives of his family, and eventually sacrificed his career, to save the lives of thousands of Jews during WWII. He did it from his office in the Japanese consulate in Lithuania, where he used his consular authority to issue visas that facilitated the escape of Jewish refugees from war torn Europe.

When the Japanese government caught on to what he was doing, it ordered him to cease and desist. He did not, and continued to issue visas in defiance of his superiors’ directives until his consulate was closed and he was recalled. By the time he was done, Sugihara had saved roughly 6000 Jewish refugees. That was about five times as many Jews as had been saved by the more famous Oskar Schindler, of Schindler’s List.

Chiune Sugihara was born into a middle class family, his father a civil servant who worked for Japan’s version of the IRS. Growing up, Sugihara hit the books hard, proved himself a model student, and received top honors throughout his school years. His father wanted him to become a doctor, but he had other ideas. So he deliberately failed to get into medical school by writing only his name on the entrance exam.

Instead of studying medicine, he pursued an English major in college, and in 1919, he passed the Japanese government’s Foreign Ministry Scholarship exams. Sugihara took a two year break in 1920 to fulfill his national service obligations, serving a two year hitch as an infantry officer in the Japanese army. He resigned his commission in 1922, and took and passed the Foreign Ministry’s language qualification exams. The Foreign Ministry then assigned him to Harbin, China, where he further studied German and Russian

Sugihara eventually graduated from Japan’s elite training center on the Soviet Union, the Harbin Gakuin, and became one of the Foreign Ministry’s go-to experts on the USSR. When Japan seized Manchuria from China in the 1930s and established a puppet state under Japanese supervision, he became his country’s director of foreign affairs there. In that capacity, Sugihara negotiated the purchase of the North Manchurian Railroad from the Soviet Union in 1932.

In 1935, in a display of conscientiousness that augured his actions in WWII, Sugihara resigned his position in protest of the Japanese authorities’ mistreatment of the local Chinese. He was too valuable a civil servant to let go to waste, however, so he was assigned to the Foreign Ministry’s Information Department, and as a translator for the diplomatic legation in Finland. In November, 1939, shortly after WWII began, Sugihara was assigned as vice consul to the Japanese consulate in Kovno, capital of Lithuania.

Managing relations with the USSR and staying informed about Soviet intentions was very important to the Japanese government. After years of provocations by Japan’s army in Manchuria, the Soviets surprised the Japanese by escalating hitherto minor border skirmishes into a serious conflict in the summer of 1939. The result was a humiliating Japanese defeat. The Japanese, already bogged in a quagmire of a war in China, began fretting about possible Soviet plans to seize Manchuria, or to directly intervene in the Sino-Japanese conflict on China’s side. Because a war between the USSR and Germany would keep the Soviets too busy on their western border to bother the Japanese in the Far East, staying informed about such a possibility was vital. Accordingly, Sugihara’s primary task in Lithuania was to provide intelligence on German and Soviet troop movements in the Baltic region, and to report on any indicators of an impending German attack against the USSR.

The Consulate in Kovno

Gathering intelligence about Soviet and German military movements and plans brought Sugihara into contact with anti German and anti Soviet elements, including the Polish underground, whose operations extended into Lithuania. Then, in the summer of 1940, the Soviet Union marched into and occupied Lithuania, along with Estonia and Latvia, as a preliminary to annexing them into the USSR. The inhabitants were subjected to brutal repression by the NKVD – the Soviet secret police – and waves of arrests, torture, and executions, swept the Baltic states.

That was when Sugihara began making creative use of his consular authority to help those at risk. He recognized that, with most of Europe engulfed by war, the most practical escape route for refugees in Lithuania was not westwards, but eastwards through the Soviet Union, and thence to Japan. So he started granting visas in ever greater numbers to those seeking to flee impending doom.

When members of the Polish underground approached Sugihara with bogus visas to Curacao and other Dutch possessions in the Americas, he agreed to facilitate their escape by granting them 10 day transit visas through Japan to their destinations. That entitled the bearers of such visas to traverse the Soviet Union, en route to Japan or Japanese controlled territory, and from there, theoretically, to their final destination in Curacao and Dutch territories in the New World.

Sugihara started discreetly at first, issuing the transit visas, and eventually visas to Japan as a final destination, to those who had fed him intelligence. He then expanded that to members of the underground in general. Eventually, he abandoned any pretense. Setting aside the fiction that he was granting transit visas to facilitate the travel of those already in possession of final destination visas, Sugihara began stamping visas for all and sundry, even those who lacked any travel papers, whatsoever. By the time it was over, he had stamped thousands of visas, that were most likely the difference between life and death for those lucky enough to get them.

Most of those visas went to Jewish refugees, mostly from Poland and Lithuania, who queued outside the Japanese consulate in Kovno, desperate to flee the approaching Nazi menace. The Nazis, who had conquered Poland and divided it with the Soviets in 1939, had already begun the process of ridding their part of Poland of its Jewish inhabitants, and taken the first steps towards outright genocide. Within months, discriminatory laws had closed most professions to Jews, they were expelled from the parts of Poland annexed to Germany and herded into ghettos in what was left of the country, and tens of thousands had been murdered. Life in Poland was becoming literally unlivable for Jews. Against that backdrop, Chiune Sugihara’s consulate in neighboring Lithuania became a literal lifesaver for those fortunate enough to get there.

After he had granted about 1800 visas, authorities in Tokyo noticed the unusually large number of visas being issued from their consulate in Kovno – until then, a backwater of a diplomatic outpost that saw little consular activity. So the Foreign Ministry sent Sugihara a cable, reminding him: “You must make sure that they [refugees] have finished their procedure for their entry visas and also they must possess the travel money or the money that they need during their stay in Japan. Otherwise, you should not give them the transit visa“.

Although Japan’s Foreign Ministry insisted that visas be granted only to those who had gone through the appropriate immigration procedures, and had adequate funds, most of those granted visas by Sugihara did not meet those criterion. In response to Tokyo’s cable, he acknowledged that had issued visas to people who had not satisfied all the requirements for transit or destination visas. However, he explained the extenuating circumstances: Japan was the only practical destination country for those headed towards the Americas, and visas from his consulate were needed for departure from the Soviet Union. Then, ignoring the Foreign Ministry’s demands that he stop cutting corners and stick to the rules, Sugihara continued issuing visas to and through Japan on his own.

By the norms of Japanese bureaucracy, and especially those of the Foreign Ministry, Sugihara’s disobedience and outright defiance of his superiors’ instructions was shocking. As desperate refugee crowded outside his consulate, he kept on issuing hand written visas, spending up to 20 hours a day on the task, producing a month’s worth of visas every single day. He had the refugees to call him “Sempo” – the Sino-Japanese reading of his name’s Japanese characters – because it was easier for them to pronounce than his given name. He also got in touch with Soviet officials, and convinced them to let the Jewish refugees travel across the USSR via the Trans Siberian Railway. When they balked, he overcame their intransigence by sweetening the deal for corrupt bureaucrats when necessary, arranging for the Jews to pay them five times the normal ticket price.

It finally came to an end on September 4th, 1940, when Sugihara had to leave because the consulate was about to close. He reportedly kept writing visas en route from his hotel to Kovno’s train station, and continued doing so on the train, throwing visas out the window into the crowd of desperate refugees. As the train began pulling away, he started throwing blank sheets out the window, that contained only his signature and the consulate’s seal, so they could be written over and turned into visas. His final words to the refugees were: “Please forgive me. I cannot write anymore. I wish you the best“.

Many of the refugees made it to Kobe, Japan, where there was a Jewish community. From there, most of them got asylum visas to Canada, Australia, Palestine, the US, and Latin America. It is estimated that Sugihara’s visas – including family visas that allowed multiple people to travel together – saved the lives of roughly 6000 Jews, and that about 40,000 of their descendants are alive today because of his actions. In 1985, Chiune Sugihara was named by the Israeli government as one of the “Righteous Among Nations” – an honorific used to describe non Jews who risked their lives during the Holocaust to save Jews from extermination. He is the only Japanese national to be so honored. He died a year later, in a hospital in Kamakura.