The Enduring Myths of the 1950s People Should Unlearn 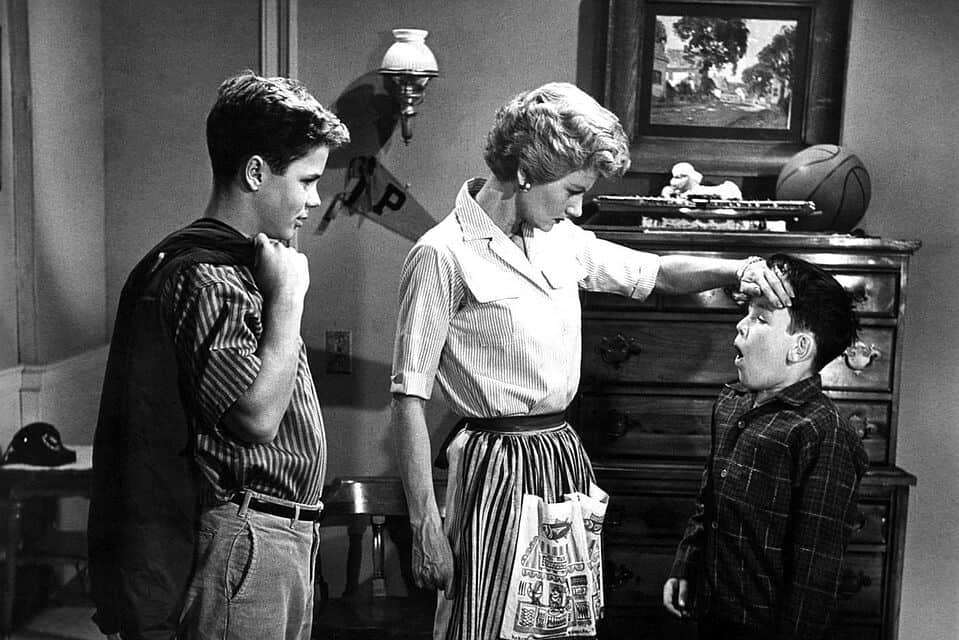 The Enduring Myths of the 1950s People Should Unlearn

15. There were no recreational drugs ruining lives and changing society

The use of recreational drugs was widespread in the 1950s, as it had been in the 1940s, 1930s, 1920s, and even earlier than that. Marijuana use was common among musicians, artists, writers, and their fans. Frightened White adults blamed the use of marijuana, and other drugs, on Black musicians, another reason for banning the feared and hated music then becoming known as rock and roll. A group of writers, influenced by popular jazz music and the artists creating it became known among themselves as the Beats. Allen Ginsberg, Michael McLure, Jack Kerouac, and William S. Burroughs were among the most famous, and influential, of the writers who created the Beat Generation. Beats rejected materialism, defended sexual exploration, experimentation with drugs, and nearly all of the Beat writers consumed alcohol to excess. These values were exploited in their writings.

They produced novels, essays, short stories, and poetry. Reading their works became events, in coffee shops, theaters, and other venues, where their fans gathered to hear them. Their fans called themselves Beats, a harshly critical and often sneering mainstream press referred to them as Beatniks. The term came from its use by San Francisco Chronicle columnist Herb Caen, who combined Beats with Sputnik to describe creatures outside of the mainstream, never seen before. It quickly became disparaging, creating the stereotype of a bongo-playing, goateed male, wearing a black turtleneck, a beret, and spouting nonsensical phrases and rhymes. Beatniks were associated with drugs and dissolute lifestyles throughout most of the decade, an entry to the wrong way of life. By decade’s end, they were parodied by Bob Denver as Maynard G. Krebs on the popular sitcom, The Many Loves of Dobie Gillis.

In a manner of speaking, the Wham-O company did invent the hula hoop, but they adapted it from a manner of play popular on another continent. Hoops twirled around the waist by swiveling the hips were popular toys for centuries. In Native American rituals, they were used for symbolic purposes. In Europe, their use was documented in the 14th century. Hoops were made from a variety of materials; vines, metal hoops, rattan, leather, and whatever else was available which could be formed into a circle and sustain its shape. So, it is a stretch to call the toy, wildly popular in the 1950s, an American invention. But the manner in which it was manufactured, marketed, and swept the popular fancy is an American phenomenon. It began when an Australian hoop designed as exercise equipment was demonstrated to Arthur Melin, of California’s Wham-O Toys.

The hoop presented to Melin was of bamboo. He developed a method of manufacturing the hoop out of high-density polyethylene, a plastic known as Marlex. The hoop was 42 inches in diameter and entered the market in early 1958. By the end of the summer over 25 million hoops had been sold, within 2 years over 100 million hula hoops were swirling around hips around the world. Not all nationalities welcomed the toy. The Japanese banned it out of concern its use was sexually enticing. The Soviet Union sneered the hoop was an indication of the frivolous nature of American culture in general. The 1950s hula hoop fad ended as abruptly as it began, and Wham-O stopped manufacturing the hoop in the early 1960s, only to return to it in 1965 when they added ball bearings to the hoop, creating a swirling sound when it was used.

17. Prosperity in the 1950s was achieved without government assistance

In the 1950s, home ownership doubled across the United States. College attendance also reached new heights. Graduates found themselves eligible for higher-paying jobs. At the same time, union membership increased, and stronger labor unions achieved higher wages in manufacturing jobs. The demand for new homes led to increases in construction jobs. Across America, outside cities and towns, suburbs built of new homes led to flight from the urban centers. Demand in the suburbs led to new churches, schools, shopping centers, medical centers, and all the components of what became later known as suburban sprawl. But the hand of government was clearly behind much of the boom in housing and jobs. It came in the form of a World War II act designed for the benefit of the men and women who had served in uniform, the GI Bill of Rights.

Throughout the 1950s and ensuing decades of the 60s and 70s, the GI Bill allowed former servicemen and women to attend college when it would have been otherwise financially out of reach. It provided mortgage loans, without the necessity of a large down payment usually required by financial institutions. But the explosive growth of planned communities such as New York’s Levittown often excluded Blacks, regardless of their status as veterans. The first Levittown (several communities by that name were built) began construction in 1947 and was completed in 1951. Its builder, William J. Levitt, refused to sell his new homes to Blacks. The first Black to purchase a home in Levittown, New York did so in 1957, purchasing it from its previous owner, under the GI Bill. His family endured protests from neighbors, attacks on their home, and the eventual intervention of Martin Luther King.

18. The GI Bill of Rights extended to all American Veterans in the 1950s

By 1956, when the original Servicemen’s Readjustment Act, popularly known as the GI Bill of Rights, expired nearly 8 million Americans had availed themselves of some, if not all, of the education benefits available to them. Education benefits were paid out to almost 50% of the eligible veterans. Millions more took advantage of the zero-down payment home mortgage programs, which offered more favorable terms for new construction, creating a building boom for the construction industry. The GI Bill was in essence an extraordinarily large stimulus package benefiting veterans, their families, industry, and higher education. But it was not administered fairly across the board. Out of 67,000 mortgages under the GI Bill in New York and New Jersey in the early 1950s, fewer than 100 were taken out by Black veterans. They simply couldn’t find builders who would sell to them.

Black veterans also found discrimination when applying to colleges and universities, often applying for benefits only to be denied enrollment in the institution. In the South, applicants for benefits for both mortgages and education discovered the bill had been written to accommodate the Jim Crow laws of the South, and segregation prevented many Black veterans from participating. Not until the Civil Rights Movement of the late 1950s and the 1960s were southern institutions of higher learning compelled to accept qualified Black students. In the 1950s, the doctrine of “separate but equal” prevailed, and the rights of almost 80% of Black veterans were denied by the prevailing racist policies. Technically, nothing prevented them from applying for their benefits. Being able to use them was another matter entirely. It was one of the many sad truths of the 1950s, buried in the myths of that decade being one of a better America.

19. Teenage pregnancies in the 1950s were rare, because of chastity

The 1950s are often viewed as a time when teenagers were chaste, and giving birth out of wedlock was rare. It is a myth. Teenage birth rates soared throughout the 1950s. The birth rate for teenage girls aged 15-19 in 2001 was less than half what it had been in 1957. The rate increased beginning in 1950 when just over 80 births per thousand occurred. In 1957 it reached 96.3, then slowly decreased but ended the decade still well into the 80s. In the 1950s the rate remained high across all ethnicities, though it was slightly higher among the Black community than the White. If the 1950s were the often remembered “good old days”, then the argument that teenage chastity was one reason for it is obviously erroneous. Sexual education in schools was not presented in the 1950s, became controversial in the 1960s, and remains controversial today.

As with nearly all other aspects of American life, television ignored these facts completely during the 1950s. Yet television made the teenager a target for marketers, particularly girls. Fashion, makeup, hairstyles, and behavior were all presented with an eye on teenagers, a growing market with disposable income. In addition, teenagers saw the advertisements aimed at adults and the good life they presented, with cigarettes, beer, cocktail parties, entertaining guests, and found themselves compelled to act like the adults in the ads. Even while Lucille Ball was pregnant, both she and Desi advertised cigarettes during their show, and in print advertisements in magazines. The 1950s were a time of flickering images of an America which existed only on television, which ignored the real America outside of the emerging white suburbs.

During the decade itself and in the years since, television created the enduring image of the 1950s. There were four networks in the 1950s, CBS, NBC, ABC, and at the beginning of the decade, DuMont. The latter ceased operation in 1956. On all networks, the evening news programs were short, just fifteen minutes in the beginning. The entertainment divisions were nearly indiscernible from one another. All featured variety programs, situation comedies, and dramatic programs. Those which were set contemporaneously presented a society which excluded the ethnic communities, other than presenting them in a negative manner, such as the perpetrators of crimes, or as the victims. Sitcoms were about White families, with a father working, a mother working as a housewife, and two or three well-behaved, socially successful children. Crises centered around school, or sports, or other problems of suburban life.

The distorted view of the 1950s presented during the decade, which has endured to the present day, excluded large sections of American society. It ignored the social problems of the day, racial tensions, difficulties encountered by veterans re-entering civilian life, an unequal economy, and for the most part, the expanding Cold War. Instead, it presented an America which existed only in a small part of society, and even then, not in the manner imagined by the writers. Few mothers made the beds and cleaned house while wearing pearls. They existed solely on television, where they still can be found on television channels dedicated to nostalgia. The ensuing decades took a more incisive look at American life, even in programs meant solely to entertain. Even so, to many, the 1950s remains a time when America was a better place than it is today.

“The Pledge of Allegiance”. Article, US History.org. Online