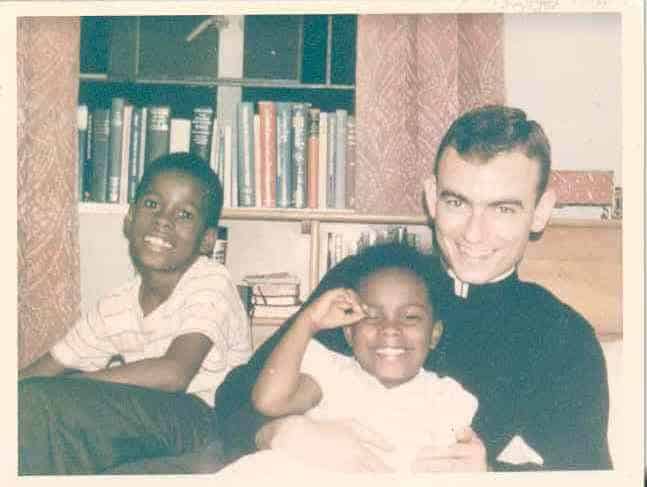 The Civil Rights era is one of the most frequently discussed periods in American history. Many heroic stories and terrible tragedies are associated with this perilous time. Some, like the Selma to Montgomery marches, the Little Rock Nine, the murder of Emmett Till, and Rosa Parks and her participation in a bus boycott are well known and part of the nation’s collective memory. Many other acts of valor and heartbreak are far less known.

The story of 26-year-old Jonathan Daniels is one such event; mostly unknown, but worthy of greater recognition. As a young man, Daniels showed brilliance and promise. Graduating from a military academy as a valedictorian, he was accepted into Harvard University to study English literature. However, his deeply held Christian beliefs soon led him to leave Harvard and enroll in seminary school. Those same conventions would lead him to the American South during a dangerous and fateful time.

Daniels initially took a more passive and traditional approach to the Civil Rights Movement, believing that the local leaders should do the work of integrating racially segregated states like Alabama. Yet, Daniels was eventually convinced by a plea from Dr. Martin Luther King, Jr. to participate in a now famous march from Selma to Montgomery. It was there that Daniels became unwaveringly dedicated to non-violent civil rights activism, stating: “something had happened to me in Selma, which meant I had to come back. I could not stand by in benevolent dispassion any longer without compromising everything I know and love and value. The imperative was too clear, the stakes too high, my own identity was called too nakedly into question…”

Daniels, along with 29 other protesters, was arrested after picketing stores which denied service to black customers. Refusing his own release from jail until all of his fellow protesters, regardless of race, were released, Daniels was finally freed after six days in over-crowed, unhygienic conditions. After being released on August 20, Daniels walked to one of the few stores in the neighborhood willing to serve non-whites so that they could buy a cold drink with three other people – two young black female activists and a white Catholic priest. Upon arrival, their entry was barred by the man who would shortly take Daniels’ life.

An unpaid special deputy by the name of Tom L. Coleman, armed with a shotgun and a pistol, barred their entry and threatened their lives. Coleman leveled his shotgun and pointed it at Ruby Sales, one of the young African American activists with Daniels. Daniels immediately pushed Sales out of the way, taking the full impact of the shotgun blast, resulting in his instantaneous death. Another pull of the trigger severely wounded Father Morrisroe, the Catholic priest with the group. Describing the event, Ruby Sales said: “The next thing I know there was a pull and I fall back. And there was a shotgun blast. And another shotgun blast. I heard Father Morrisroe, moaning for water…I thought to myself: ‘I’m dead. This is what it feels like to be dead”. But she was not dead. She was saved by a man whose life was dedicated to religious faith and the universal brotherhood of all mankind.

The injustice occurring that day was not over, however. Coleman, the man responsible for the death of one man and the severe injury of another, escaped punishment of any kind. It was not uncommon during those times for an all-white jury to acquit an individual accused of violence against civil rights activists.

The killing of Jonathan Daniels and many others like him ultimately led to a greater good. The wanton execution of peaceful a man of God shocked many in the country, who before this event were disinterested in the deep social problems occurring in segregated parts of the country. This killing, like so many others, eventually broke down racial barriers and showed the country at large that the Civil Rights Movement was comprised of both black and white activists willing to risk their lives for the cause of justice.

After hearing of Daniels’ death, Martin Luther King Jr. remarked: “one of the most heroic Christian deeds of which I have heard in my entire ministry was performed by Jonathan Daniels“.