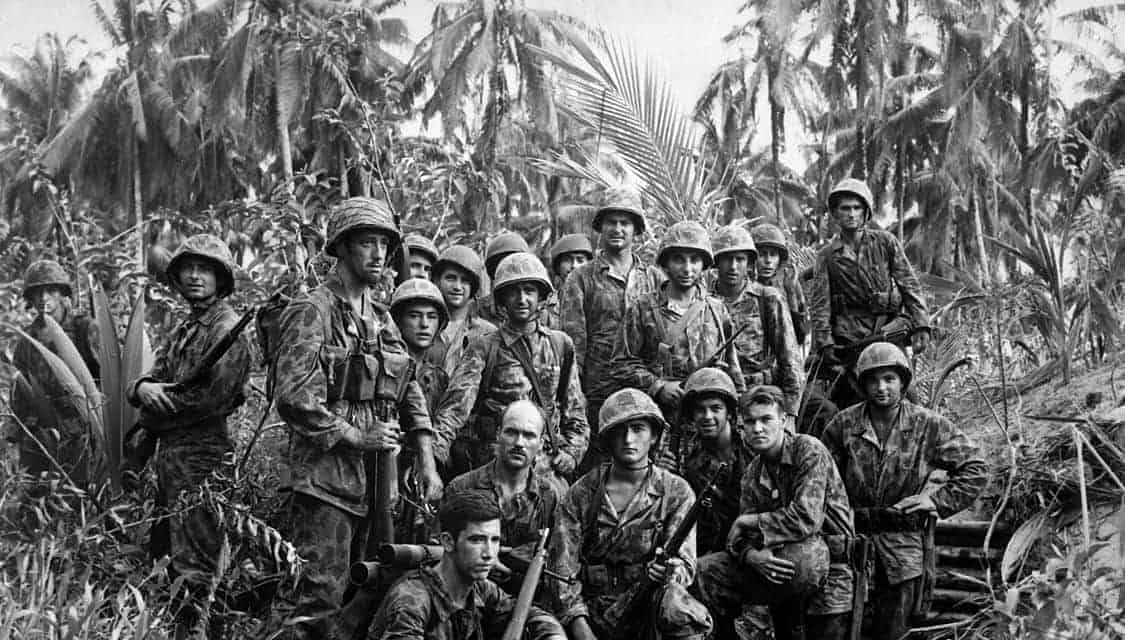 On this day in history in 1942, Lt Colonel Carlson and a force of Marine raiders landed on Makin Island, in the west Pacific Ocean. This island was occupied by the Japanese. The raid by Carlson and his men was only a diversion but it developed into a lethal battle and almost ended in an American disaster.

The raiders were carried to the island, in the Gilbert Atoll, by two submarines. The Atoll was controlled by the Japanese who had seized it in December 1941. The subs landed over 120 marines. They were specially trained special operatives, adept in guerrilla and unconventional warfare.Their leader was Lt. Col. Evans Carlson, a former lecturer on Chinese politics and history. The raiders were charged with attacking the Japanese on Makin Island as a diversionary tactic. The raiders had to keep the Japanese troops “busy” so that they could not be used as reinforcements when the Americans attacked Guadalcanal.

Carlson’s and his men landed on the island unobserved, this was because they had come ashore in dinghies that did not have an outboard motor. Accidently, one of the Marines’ rifles went off and all hell broke loose. The Japanese all well-armed responded with everything that they had, including machine guns and grenades. The subs gave some covering fire to the Marines, but the raiders were pinned down and they had no hope of finishing their mission. The marines had no choice but to withdraw and Carlson was forced to order them to return to the subs. Several Marines drowned when their rafts overturned. In total about 100 made it safely back to the submarines. Carlson and a handful of his men stayed behind in order to blow up a fuel dump and to gather some intelligence. They successfully achieved this and they even made it back to the submarine and safety. However, they were lucky and many of their comrades never made it back. They then made for the submarines too. When all was said and done, seven Marines drowned, 14 were killed by Japanese gunfire, and nine were captured and beheaded.

The American casualties were as follows, seven marines were drowned and 14 killed by Japanese fire. Nine of the raiders fell into the hands of the Japanese and they met a brutal and cruel fate. Contrary to the rules of war, the Japanese beheaded the captured marines, a violation of all international law.

Carlson after the failed raid went on the fight the Japanese on Guadalcanal. He had a very distinguished war record but was a very controversial figure. He had served as an observer with Mao’s Communist army in Northern China in 1937. While with Mao he developed a great admiration for the man and his ideas and claimed that he was a great leader. He wanted the Americans to adopt the communists guerrilla tactics. He continued to admire Mao even during the height of the Cold War.