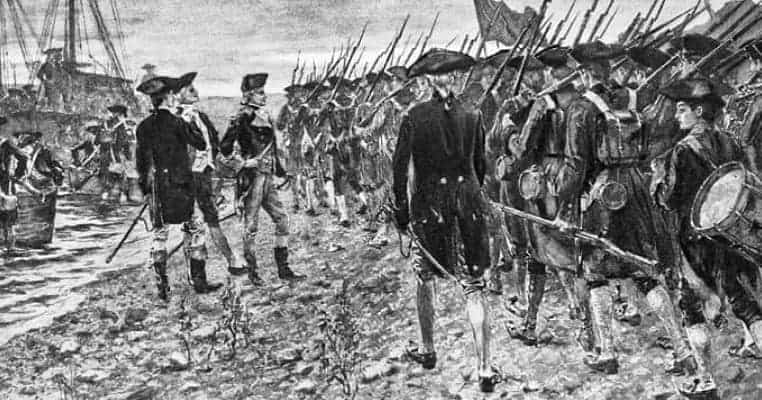 25. Sir Guy Carleton commanded in Canada through the end of the war

Carleton remained in command in Canada, and in 1782 assumed command of all British troops in North America. He directed the withdrawal of the British from New York City in 1783, which included Loyalists and escaping slaves. They were transported from New York to Halifax as the Continental Army entered New York. Carleton enforced the British position that all slaves and former slaves in British territory were free, which led to Canada becoming a goal for the Underground Railroad in the United States. Many of the former slaves were later transported to Sierra Leone on British ships.

In 1796 Carleton left Canada for the final time, returning to Great Britain and semi-retirement. Carleton, who also bore the title Lord Dorchester, is honored by that name as well as his surname in multiple places in Canada, including Ottawa’s Carleton University, and Dorchester Square in Montreal. In the United States, Benedict Arnold’s name is synonymous with treachery and treason.

“Through a Howling Wilderness: Benedict Arnold’s March to Quebec”. Thomas A. Desjardin. 2006