This Day In History: The American Patriots Win the Battle of Saratoga (1777) 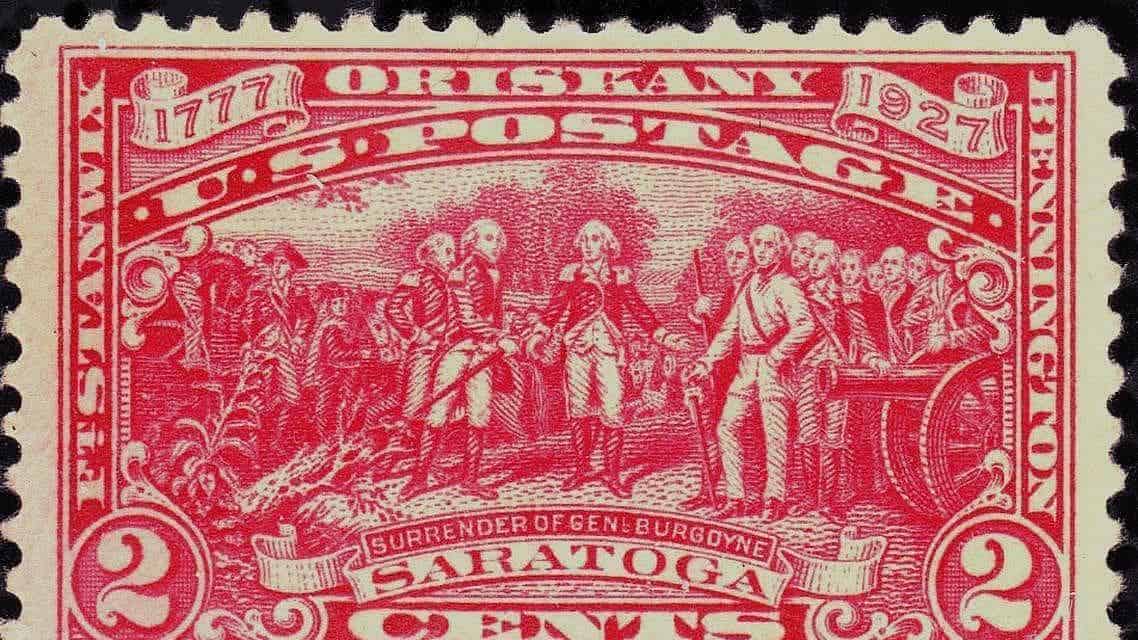 This Day In History: The American Patriots Win the Battle of Saratoga (1777)

On this day in history in 1777, the Americans defeated the British at the Battle of Saratoga. After the battle the , British General John Burgoyne surrenders 5,000 British and Hessian troops to the Patriot General Horatio Gates at Saratoga, in New York.

In the summer of 1777, General Burgoyne leads an army of 9,000 British soldiers and German mercenaries south through New York State. The army had marched from Quebec in Canada and expected to meet up with another British force in New York state. They had intended to join up with the British General Sir William Howe’s troops along the Hudson River. The British campaign aim was to cut the colonies in two and divide the northern from the southern colonies. Initially, Burgoyne had some success and he captured some patriot forts. However, he had failed to meet up with Howe and he was deep into territory that was hostile to the British. Burgoyne established a base near Saratoga and hoped to attack it in the coming days. Burgoyne waited for Howe to join him and together they would attack the patriots in Saratoga. However, Howe had decided to attack the patriots elsewhere and this meant that Burgoyne was on his own. In Saratoga, an American army under the command of General Gates was only four miles from Burgoyne’s position. Burgoyne at this point should have retreated but he decided to attack the Patriots, despite them being superior in numbers. The British tried to break through the American lines at the Battle of Freeman’s Farm, or the First Battle of Saratoga. Gates allowed the British to attack him and the patriots inflicted heavy casualties on the Red Coats.

The battle turned after Benedict Arnold attacked the British on the flanks and this led to the retreat of Burgoyne and his men. On October the 7th the Battle of Bemis Heights, also known as the Second Battle of Saratoga was fought. Burgoyne had once more ordered his men to attack the American lines and once again suffered heavy casualties. Once again the future traitor Benedict Arnold made a decisive contribution he staged a counter attack and this led to the retreat of the British back to their defensive lines and Burgoyne was lucky to escape with his life.

Burgoyne at this stage was practically cut off and he had lost some three thousand men in battle and through desertion. The Americans rushed men to the Saratoga area and by October the 13th they had surrounded the British and after negotiations, Burgoyne agreed to surrender on terms on October the 17th. The remnants of Burgoyne army who escaped being surrounded at Saratoga retreated from New York state back to Quebec. This was the greatest patriot victory of the Revolutionary War and when news of the battle reached Paris, the French King immediately recognized American Independence and entered into an alliance with the Americans. This was to help to turn the war decisively in favor of the Patriots.