The Actual History Behind the Mar a Lago Property 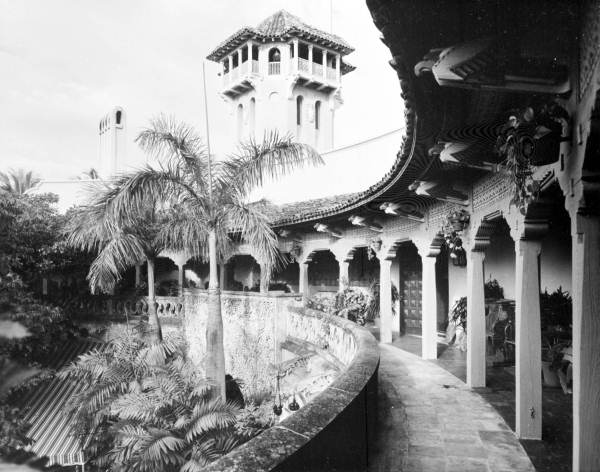 The Actual History Behind the Mar a Lago Property

2. Marjorie expanded the company into a food conglomerate in the 1920s

In 1919, Marjorie divorced her first husband, investment banker Edward Bennett Close. During their fourteen-year marriage she gave birth to two daughters. The following year she married a Wall Street wunderkind, Edward Francis Hutton, founder of the investment firm E. F. Hutton. It was his second marriage as well, his first wife died during the Spanish Flu pandemic in 1918. In 1923, Hutton became Chairman of the Board for Post Cereals, Marjorie served as the company’s director. Together they acquired some of the most famous brands of American history, including Jell-O, Maxwell House, and Hellman’s, among many others. In 1929, the company reorganized as the General Foods Corporation.

In 1929, Post and Hutton took a cruise on their yacht, Hussar. While at Gloucester, Massachusetts, they were demonstrated the new means of preserving fish and meats by flash freezing, a process developed by Clarence Birdseye. Post immediately recognized the marketing potential of frozen foods, including fruits and vegetables. Her company purchased Birdseye’s patents and equipment, creating the Bird’s Eye Frozen Foods Company. She also hired Birdseye to join the new company to further his research and improve his processes. Birdseye is largely credited as the founder of the frozen food industry, but it was Marjorie Merriweather Post and E. F. Hutton who made it a major portion of consumer markets around the world.