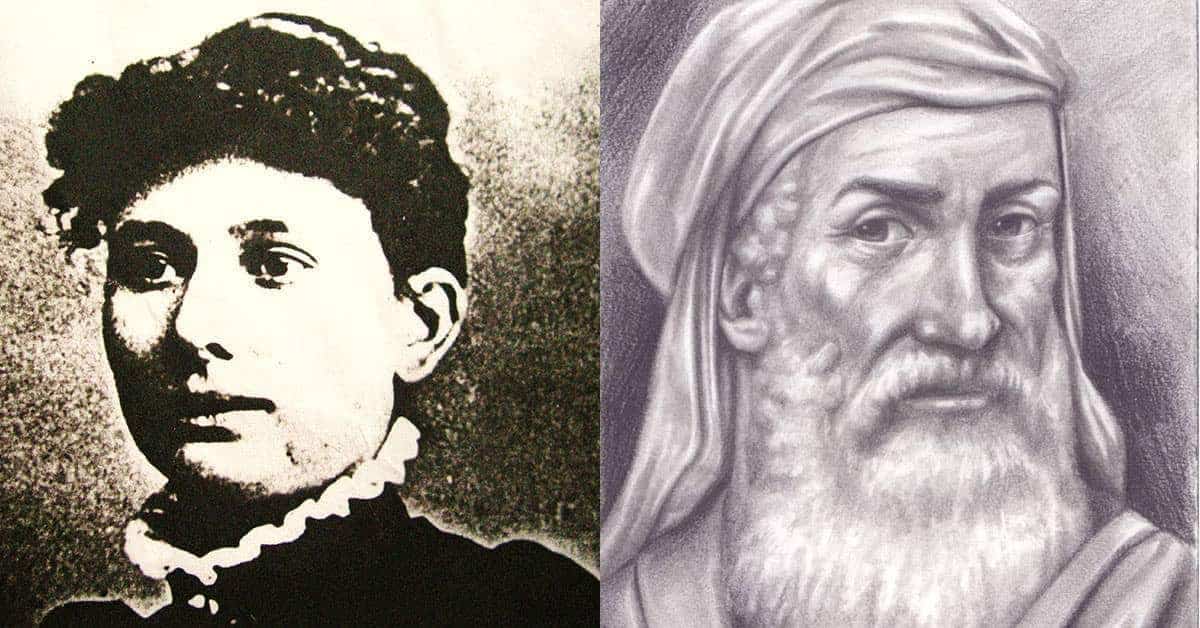 In the seventeenth century, the British Empire had already begun its bid to take over the Indian subcontinent under the auspices of the East India Company. The Company was busy annexing Indian territories through trade- and force. Many Indian kingdoms fell to British rule in such a way. But not everyone submitted easily -or indeed gave up even when it seemed that they had lost. As in the case of Kuyili, they were willing to give their lives for the cause-literally.

Kuyili was a female warrior in the forces of Rani Velu Nachiar, the queen of Sivaganga in Tamil Nadu. The Queen’s husband had died in battle against the East Indian Company, and for eight years she and her daughter had lived under the protection of a neighboring King. But Rani Velu Nachiar did not spend her time idly. She was determined to reclaim her kingdom from the British. So she mustered an army to avenge her dead spouse and liberate her Kingdom.

By 1780, the queen and her allies, Gopala Nayaketr and Hyder Ali were ready to move. But they had a problem: British guns. They knew that British ammunition could take out their forces before they had even reached the city, so they needed to destroy them. The question was how. The Queen knew that the British stored the ammunition in the back room of a local temple, a temple still open for worship to women. So the Queen sent women in to destroy it. Kuyili was her weapon.

Kuyili and a group of female warriors entered the temple disguised as local women. Each carried a lamp of oil or ghee, ostensibly as offerings to the god. But once inside, they put their plan into action. The women poured the contents of the lamp on the unresisting Kuyili. The warrior then set herself alight and walked into the ammunition room, blowing it, the weapons and herself up. By turning herself willingly into a human bomb, Kuyili lost her life- but helped win back her homeland for her Queen and her people.

Kuyili gave her life to win a war. But others have killed themselves after defeat. At the end of the Second World War and the allied defeat of Japan, the Japanese Minister of War, General Korechika Anami, killed himself according to the ancient art of Seppuku. Anami had had a lifelong career in the military. By the beginning of the Second World War, he was vice minister of war and in 1943, promoted to full general and war minister in 1945. To him, surrender was not an option.

As Minister of war, Anami was against the idea of Japan’s surrender, even though he knew the continued combat was damaging Japan’s civilian infrastructure. Even the bombing of Hiroshima and Nagasaki did not change his mind. Instead, Anami proposed that Japan continue to fight on the Japanese mainland.

“Japan is not losing the war since we have not lost any homeland territory,” Anami argued. “ I object to conducting negotiations on the assumption that we are defeated.” He believed that if Japan could cause sufficient Allied casualties, the country could keep some of its wartime conquests and save face.

Eventually, Emperor Hirohito called for surrender. Anami was a traditionalist; he would not defy his Emperor. So on August 14, Anami conceded and signed the surrender document with the rest of the Japanese cabinet. The next day, clad in his dress uniform, he attempted to slice his belly open during the ritual of seppuku. Correctly done, the knife should have penetrated far enough to cut the descending aorta and cause swift death by internal bleeding. But Anami messed up. After three and a half hours, a staff officer ordered his suffering ended, and he was finished off by lethal injection.

Captain Lawrence Oates sacrificed his life so that others could live- even if that self-sacrifice turned out to be ultimately futile. Oates was originally a British cavalry officer from a wealthy landed family. In 1910 after leaving the army, Oates applied to join Captian Scott’s ill-fated Terra Nova expedition to the Antarctic. Scott accepted him because of his experience with horses, which were used to pull the teams’ supply sleds. His ability to finance the expedition also played a part in his selection.

But the hardened ex-soldiers approach impressed Scott who eventually selected Oates as one of the final men to travel the last leg of the journey to the South Pole. The team reached their destination in January 1912- only to find Roald Amundsen, the Norweigan explorer had beaten them to it 35 days earlier. Defeated, the five men began to make their way back to base camp. But their progress was slowed by bad weather, diminishing supplies and ill health.

Edgar Evans died on February 17th of a head injury. Meanwhile, Oates was in a bad way. “Oates’ feet are in a wretched condition..” wrote Scott in his diary on March 5th, 1912. “The poor soldier is very nearly done.” Oates knew he was slowing his team, and so risking their lives. But despite his pleas, they refused to desert him. So, on March 17th, his 32nd birthday, Oates, riddled with gangrene and frostbite, walked outside into a blizzard and temperatures of -40 degrees Fahrenheit with the last words “‘I am just going outside and may be some time.’

The rest of the party knew this was no simple walk but a sacrifice. In the end, it was a sacrifice in vain. Three days later, the three remaining members of the party, Scott, Wilson, and Bowers were trapped in their tent by a severe blizzard- eleven miles short of the food depot that could have saved their lives. Rescuers discovered their bodies on November 12, 1912. But Captain Oates’s body was never found.

Alan Turing was a brilliant British mathematician and computer scientist. After studying at Cambridge and working and acquiring his Ph.D. at Princeton University, he lectured at Manchester University. During this period, Turing began work that would allow the advent of computers. He believed that machines were capable of calculating anything that was quantifiable- the basis of future computer technology. Turing also helped build the ACE computer at the British National Physical Laboratory and develop LU decomposition to help solve matrices.

During the Second World War, Turing was an important part of the Bletchley Park Code breaking team who was in charge of cracking the German enigma code. Turing succeeded, but he and the rest of the team were not credited until many years later as this war work was declared highly confidential. In 1941, he nearly married a colleague at Bletchley, Joan Clarke. But he called the wedding off because he did not believe it would be fair to marry her.

This was because Alan Turing was a homosexual. In 1952, when Turing was 39, a burglary/investigation of his house uncovered his relationship with 19-year-old Arnold Murray. Homosexuality was illegal at the time, and so despite his exemplary wartime service, Turing was convicted of homosexual acts. The court gave Turing a stark choice: prison or hormonal castration. Turing chose castration so he could remain free and continue his work. But as well as destroying his libido and physically altering his body, Turing’s ability to think and concentrate was taken away by the introduction of estrogen.

In a letter to a friend, Turing admitted that he had developed “shocking tendency at present to fritter my time away in anything but what I ought to be doing.” This is a side effect of hormonal castration according to Dr. Allan Pacey, an expert in male fertility at the University of Sheffield. Professor David Leavitt, a Turing biographer, believes this proved to be ” a demoralizing experience and embittering experience for him.” On June 8, 1954, at the age of 41, Turing was found calmly in bed, poisoned by vast quantities of potassium cyanide.

Nobel-winning American writer Ernest Hemingway was born in 1899. He excelled academically and sportingly at school, but Writing was his primary love. He began a career in journalism, but after the First World War, his writing career took off. “A Farewell to Arms” became his first bestseller. During Hemingway’s career, he published seven novels and six short story collections and two works of non-fiction. But like so many artists and intellectuals, his life was blighted by depression and illness that eventually caused him to take his life.

Hemingway was a happy alcoholic, but he was also a serial philanderer. The repercussions of his troubled personal life had no good effect on his naturally depressive temperament. He was married four times. Divorced by his first wife for adultery, he subsequently married his mistress- only to have her divorce him in her turn for the same offense.

Hemingway’s third wife, Martha Gellhorn, a successful journalist turned the tables on Hemmingway and had an affair with a US paratrooper before divorcing him in 1945. He remained married to his fourth wife, Mary Welsh until his death.

But it was Hemingway’s mind that finished him. A biographer, James M Hutchinson suggests this was because “His high standards created an almost suffocating anxiety in him.” Hemingway’s last years were marked by ill health, as he suffered from high blood pressure and liver disease due to his drinking. But Hemingway was increasingly unable to take criticism, or contemplate anyone superseding him. He began to believe his work was worthless. His depression increased, as well as his nightmares, his anxiety, and paranoia. His intention to die was well known, and despite the efforts of his family, on July 2, 1961, he succeeded when he shot himself.

The Guardian – Scott Of The Antarctic: The Lies That Doomed His Race To The Pole

BBC UK – Edgar Evans: A Welshman to the Pole

The Guardian – Antarctic Hero Oates ‘Fathered Child With Girl Of 12’

Cool Antarctica – How Captain Scott And His Team Die?

Encyclopedia Britannica – Alan Turing And The Beginning Of AI

Wired – Remembering Alan Turing: From Codebreaking To AI, Turing Made The World What It Is Today

The Sun – Who Were Ernest Hemingway’s Four Wives?