Scandals the US Founding Fathers Tried to Keep Secret 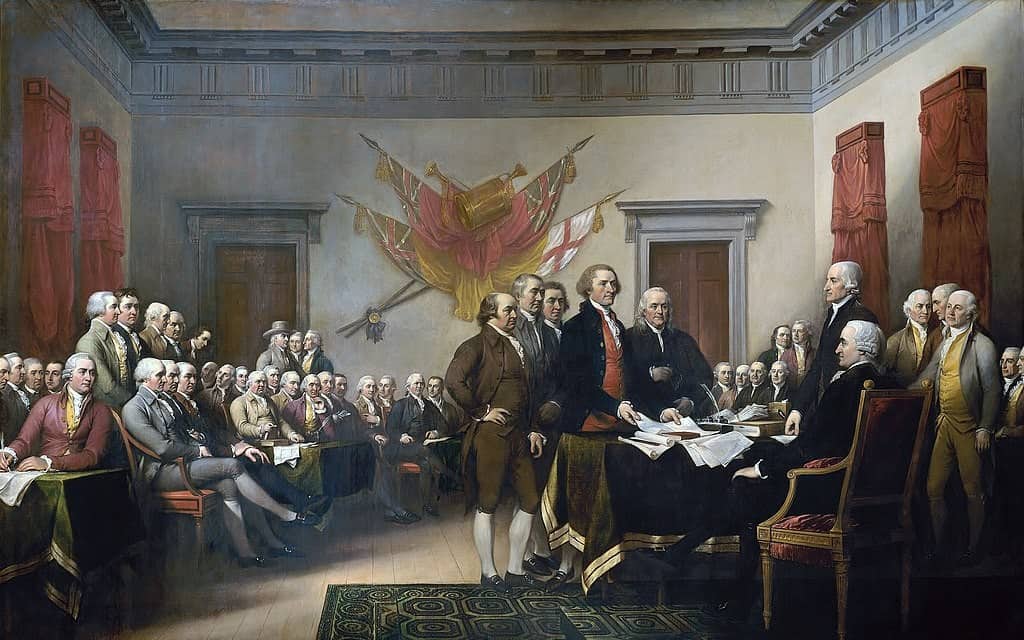 Scandals the US Founding Fathers Tried to Keep Secret

18. The Adams family suffered another scandal in 1829

John Quincy Adams served as the American Minister to the Kingdom of Prussia in 1801, where his first son, George Washington Adams was born in Berlin. George Adams’ grandfather, John Adams, had left the Presidency just one month earlier. George attended Harvard, studied law, and in 1826 followed his forebears into politics. His career in politics proved short lived. By 1829 the ravages of alcoholism were apparent, much to the dismay of John Quincy. In 1828, Eliza Dolph, known to be George Adams mistress, gave birth to a child. Dolph was the chamber maid for the Adams’ family physician. In the early winter of 1829 mother and child were moved from the doctor’s home to a location in Quincy where George could visit them discreetly. The mother became quite ill, and remained so for some time. The baby was moved to care elsewhere.

In April, 1829, George Washington Adams booked passage in the steamship Benjamin Franklin, bound from Boston to Washington. Adams had been drinking heavily, and some passengers reported him as delusional. He was last seen on deck around two in the morning of April 30. Later that day his hat and cloak were found on deck, and notes found in his cabin indicated a depressed, suicidal state. On June 10 his body washed ashore. Newspaper reports reported the death of the former President’s son as a suicide, believing he had jumped from the ship as it worked its way down Long Island Sound. John Quincy Adams had left the Presidency in March. The story of the baby and the unwed mother remained hidden for some time, but the stigma of a suicide in the Adams family presented a scandal which tainted the Adams name for some time.

19. John Hancock dealt with a scandal over funds from Harvard University

Although John Hancock is frequently identified as a smuggler in the pre-Revolution era, little evidence supports the accusation. He received one charge of smuggling, during the Liberty affair in the 1760s, though the case was trumped up by British authorities for political purposes. Nearly all of his business affairs have been identified as legitimate. While it is probably safe to say he did what he could to reduce taxes on imported goods, that does not qualify him as a smuggler. During the Revolution he faced accusations of smuggling from British Loyalists and from his political nemesis in Boston, James Bowdoin. In 1773 Hancock received the appointment as treasurer for Harvard College. By 1775 he held over Â£16,000 in cash and securities belonging to the college. While serving as President of the Continental Congress in Philadelphia, Hancock received an agent from the College, demanding the return of the funds and supporting records.

The demand, which originated with Bowdoin, implied Hancock had deliberately held onto the funds when departing Boston for Philadelphia. Bowdoin further implied such behavior was that expected of a smuggler and tax cheat. Hancock took offense, though he did not react with a challenge to a duel. Instead, he explained the action which created a minor scandal in the Congress as an oversight caused by the hasty convening of the Continental Congress. He released the funds, though he retained most of the records, initiating a controversy which lasted between Bowdoin and Hancock for many years. Not until Hancock’s death did his estate settle the matter of the interest earned on the school’s money during the period it was held by Hancock. Hancock used the scandal to direct attention to the mismanagement of Harvard’s accounts under Bowdoin for several years, comparing it unfavorably to his own successful term as treasurer.

20. Aaron Burr faced indictment while sitting as Vice President of the United States

In 1804, the long and bitter rivalry between former Secretary of the Treasury Alexander Hamilton and the Vice President of the United States Aaron Burr reached its peak. After years of slinging mud at each other in the press, private letters, and public speeches, the two agreed to meet to settle their differences with pistols. Burr issued the ultimate challenge, Hamilton accepted, and the duel was set for July 11, 1804, near Weehawken, New Jersey, across the river from New York. Dueling was illegal in both states at the time. New Jersey, however, prescribed lesser penalties for those engaging in the practice. That morning Hamilton fired and missed, some say deliberately, while others contend he intended to kill his opponent. Burr fired and caused a mortal wound. Hamilton was carried to New York, where he died the following day.

The Vice President fled to Georgia, residing for a time on St. Simons Island. Both New York and New Jersey charged Burr with murder, though neither state made any attempt to extradite him. By the end of 1804 he returned to Washington and his role as Vice President, though he was dropped from the ticket for re-election that year. Until the legal maneuverings cleared him of charges in New York and New Jersey he avoided both states. Burr later avoided conviction on charges of treason which spelled the end of his political career, and eventually returned to the practice of law in New York City. From 1812 until the end of his life he lived in New York, obscure and largely forgotten. Hamilton’s allies elevated his reputation to godlike status, making him a slain martyr of American liberty. Burr’s reputation merely worsened over time.

“Alexander Hamilton had a steamy affair, then told the world all about it”. Allison McNearney, The Daily Beast. July 4, 2021

“XYZ Affair and the Quasi-War with France, 1798-1800”. Article, Article, Office of the Historian, United States Department of State. Online