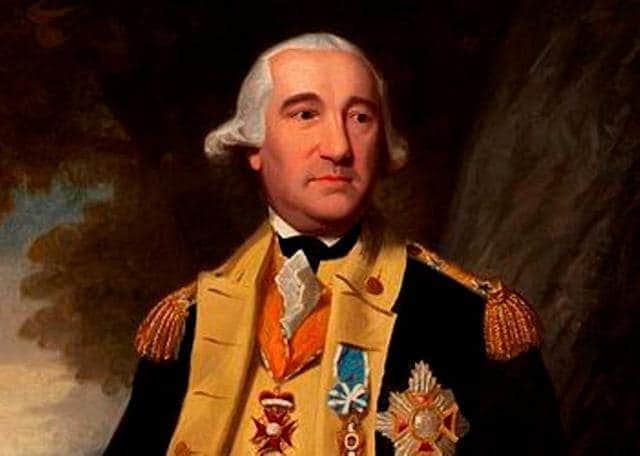 Friedrich Wilhelm von Steuben, who went by Baron von Steuben, was a Prussian military officer contracted by George Washington during the American Revolutionary War. He taught the Continental Army rigorous drills and is credited with getting them into shape; allowing them to stand up to the British army. He was born in Magdeburg on Sept. 17, 1730 to a Royal Prussian Engineer named Capt. Baron Wilhelm von Steuben.

Friedrich Wilhelm von Steuben enlisted in the Royal Prussian Army at the age of 17. During the Seven Years’ War in 1756, he served as second lieutenant and was wounded at the Battle of Prague. However, at the end of the war, the king reduced his army and Baron von Steuben found himself without a job. In 1764, he was Hofmarschall in the court of Josef Friedrich Wilhelm, a position he held until 1775. In 1777, Claude Louis introduced him to Benjamin Franklin. However, von Steuben initially didn’t like the deals that Franklin offered and returned to Prussia. When he returned, he was accused of homosexual relationships with young men. He went back to Paris, but the accusations followed him. He was then introduced to George Washington via a letter and left France for America.

1 – He cleaned up the encampments

Baron von Steuben was instrumental in establishing standards of hygiene and cleanliness that would be in use for over a century for wartime camps in the U.S. Army. Washington appointed him Inspector General in May 1778, after being appointed to the position temporarily. Baron von Steuben traveled around to the camps and inspected elements such as latrines, huts, muskets and equipment.

He developed a system where waste would be emptied from the latrines downhill, away from food and huts. This was a vastly different system than which was in place. The Continental Army was often living in filthy conditions; von Steuben completely reorganized the camps.

Before von Steuben arrived, there was no rhyme or reason to the arrangement of huts. He changed that, setting up a detailed map for camps. Animals were often slaughtered and left to rot. Von Steuben changed this procedure, explaining that this can spread disease and lower morale.

He also came up with a record keeping system, which accounted for any lost or damaged equipment. This saved the Continental Army untold amounts of money on equipment that otherwise would have been unaccounted for. It is estimated that he saved five to eight thousand muskets.

Baron von Steuben was the first really acceptable Inspector General for the Continental Army and set a precedent for all to follow. Benjamin Franklin embellished his accomplishments for Congress so that they would accept him into the position. Although at first he was Inspector General on a trial basis, by May 1778 he was officially appointed the position with the same rank and pay as a full-time General in the army. A lot of the colonels during the Revolutionary war resented Baron con Steuben’s efforts, however, his personality and candor often won them over and helped to make the transition into orderly camps more manageable.

2 – His training program turned the tides

Baron von Steuben wrote a drill manual for the Continental army. It was completely written in French (he spoke very little English), so it was translated by Alexander Hamilton and Nathaniel Greene. His tactics were very advanced, especially for the Patriots. He formed an honor guard for George Washington, composed of 120 men. These men were used to show the rest of the troops the military training. In turn, the troops trained by the honor guard would train those below them.

Most effectively, von Steuben trained the troops in bayonet usage and the best way to fire and reload a musket. The Battle of Stony Point was won by the Continental troops solely with unloaded bayonets. This was due to the bayonet charges taught by Baron von Steuben.

Before Baron von Steuben, American officers didn’t directly drill the troops. Like the British army, American officers thought it was un-gentlemenly to do so. However, when von Steuben arrived, he had no qualms about training the Patriots himself. The troops loved him and his eccentric qualities. He greatly raised morale.

It became widely known, and accepted, that Steuben was second in effectiveness only to George Washington. His drills, regulations for encampments and personality went a long way in transforming the troops of the Continental army from a group of misfits to a regimented fighting machine capable of beating the British.

Baron von Steuben’s efforts began to pay off in May 1778 at the Battle of Barren Hill. His training manual, Regulations for the Order and Discipline of the Troops of the United States, was used by the U.S. Army until 1814. This manual was also known as the “Blue Book” and, in many ways, was Steuben’s claim to fame.

Ever since he served under Josef Friedrich Wilhelm, rumors swirled of Baron von Steuben’s penchant for the same sex. He was essentially run out of Germany, when a General name Anhalt prosecuted him for his homosexual relationships.

This is when he struck up a friendship with Benjamin Franklin and was able to secure a position in the Continental Army. France, who was secretly providing military aid to George Washington, figured a Prussian General would be able to get the troops into shape.

The rumors followed Baron von Steuben to America, but they were never investigated. Despite von Steuben’s eccentric style and love of cursing, the troops loved him and he was a very effective military leader.

Following the war, he adopted a few handsome young soldiers. Back then, the only legal way gay men could have a relationship in the eyes of the law was through adoption. Homosexuality was a criminal offense. William North and Benjamin Walker were two of these “sons”.

The Pennsylvania legislature made von Steuben an American citizen in March 1784. He was very active in the German Reformed Church and was even an elder within their ranks. In his home on Manhattan Island, William North had his own room set aside for him. Despite receiving a large pension of $2,500 a year (at the bequest of George Washington and Benjamin Franklin), he still remained deeply in debt throughout the later part of his life.

When he retired to his estate, he had his faithful partner John Mulligan with him. John Mulligan also acted as his secretary, and when Baron von Steuben died in 1794, Mulligan was by his side. Von Steuben is entombed in a grove in Oneida County, New York. The park where he is buried is designated as a memorial site to him.

4 – Von Steuben Day is celebrated in towns throughout the U.S.

September marks the time of year when many people around the U.S. celebrate Baron von Steuben with marches, costumes and music. German-Americans especially love to celebrate this day and many people consider it the precursor to Oktoberfest.

New York City hosts a German-American Steuben Parade annually which is one of the largest parades in the city. It takes place the third Saturday in September on Fifth Avenue. It is a great source of pride for those of German descent and is a great excuse to dress in costume, eat traditional food and perform traditional dances.

A fraternal organization, named the Steuben Society, is one of the largest societies for those of German-American backgrounds. It was founded in 1918 and was instrumental in helping German-Americans post-WWI and WWII, when there was a lot of stigma surrounding their heritage.

Although Congress was initially “tricked” into taking him on as Inspector General, he turned out to be an incredibly effective leader with his Prussian drills; able to whip the Patriots into shape. He also transformed the encampments from filthy huts into livable conditions with a regimented organization complete with record-keeping systems.