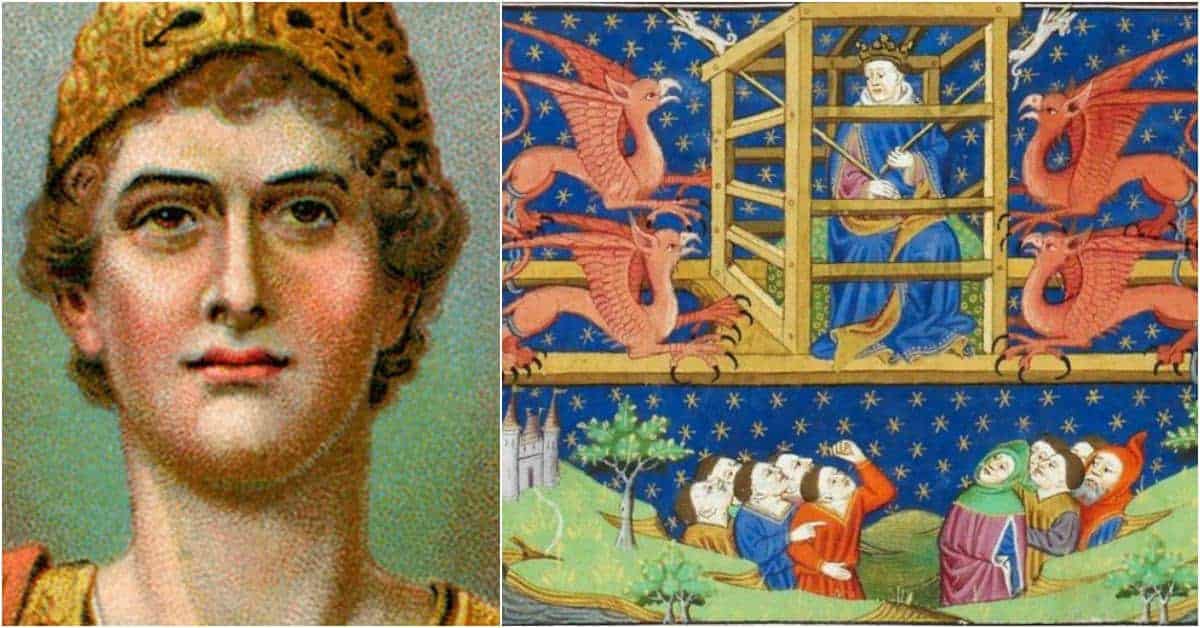 Towards the end of the Alexander Romance, the great king is lying in his bed in Babylon, dying from a poison administered by one of his slaves. Everyone around him is howling with grief while Bucephalus is standing at the foot of Alexander’s bed looking longingly at his master. At this point, the slave enters the room and Bucephalus—somehow blessed with the knowledge of his guilt—charges towards him.