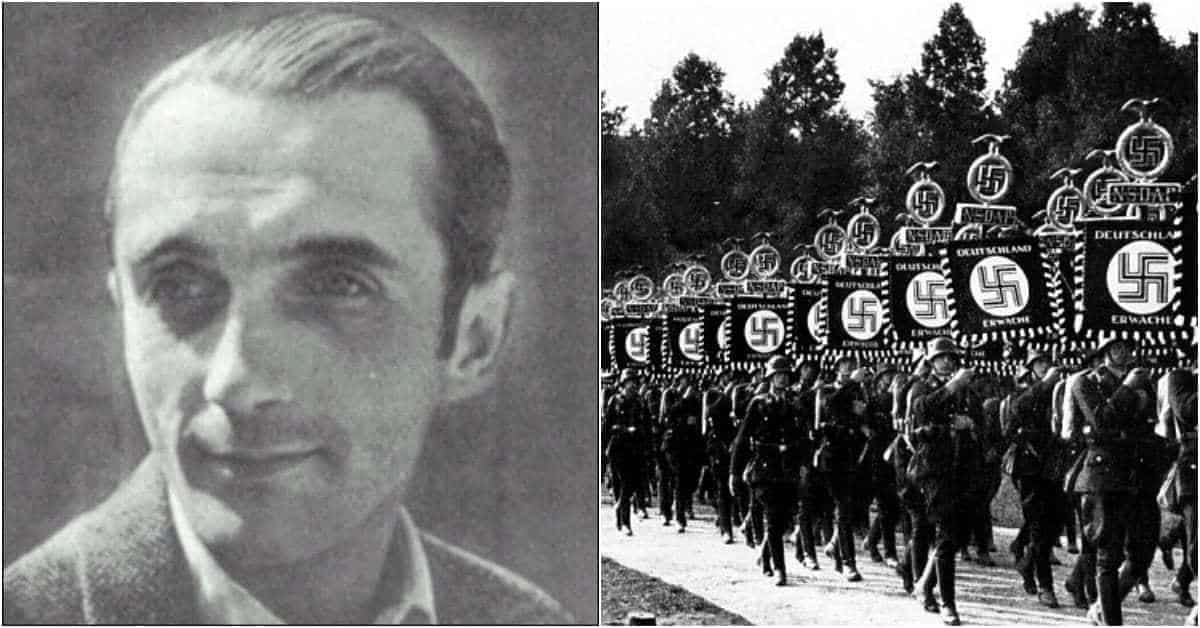 The Indiana Jones movies introduced audiences to the idea that the Nazis were always after mythical historical artifacts like the Ark of the Covenant and the Holy Grail. As it turns out, there’s a lot of truth in that idea. And in fact, the Nazi Party’s paramilitary wing, the SS, actually did spend a lot of the prewar period investing in archaeological expeditions.

The head of the SS, Heinrich Himmler, was a firm believer in supernatural theories about race. In order to prove these theories, he convinced the party to sponsor these expeditions in search of mythical artifacts.

And as strange as these expeditions were, they often lead to even stranger choices of people to lead them. But the strangest choice might have been Otto Rahn, an open homosexual who despised the Nazi party. Despite his contempt for the Nazis and the policy of the SS that all homosexuals should be sent to concentration camps, Otto Rahn was one of the most committed researchers into the story of the Holy Grail. And searches for myths sometimes lead to strange bedfellows. But why was Himmler so obsessed with these myths? And what made Otto Rahn decide to accept?

There’s little doubt that a number of strange ideas were influential for some of the Nazi leaders. Several of the earliest supporters of the Nazi Party belonged to a group called the “Thule Society,” which believed that Germans descended from a mythical “Aryan” culture in Northern Europe.

The Thule Society believed that their Aryan blood made them superior to other people and put a heavy emphasis on racial purity. All new members were forced to swear an oath stating that “no Jewish or colored blood flows in either his or in his wife’s veins, and that among their ancestors are no members of the colored races.”

Just how much Adolph Hitler was personally influenced by these ideas is the subject of debate. There’s no evidence that Hitler ever attended Thule Society meetings. There are a number of striking similarities between the ideas about race advocated by the Thule Society and Hitler’s personal ideology.

For instance, Hitler also believed that Germans were racially superior to other groups and that their blood had to be protected from the influence of other races. However, Hitler doesn’t seem to have been as interested in occultism as some other Nazi leaders.

Occultism had a much larger influence on people like Heinrich Himmler, head of the SS. Heinrich Himmler was an early proponent of the idea that Germans were descended from a race of “Aryans” and spent a great deal of time trying to re-establish what he considered to be an Aryan culture in Germany with efforts to re-invigorate Germanic paganism and find the long lost “homeland” of the Aryans.

And after taking control of the SS, Himmler sponsored a number of expeditions to places as far away as Tibet to examine the locals for “Aryan” features and find evidence to support his ideas.

While in power, Himmler founded the Ahnenerbe, an organization dedicated to conducting archaeological expeditions into early German history. Himmler hoped that by finding evidence of how advanced early Germanic civilization was, they could score a great propaganda victory in their mission to establish Germans as a “master race.”

Hitler, however, took a much more critical view of these missions. He once remarked that the expeditions were a waste of time since the early Germans were obviously much less advanced than the Romans and Himmler’s archaeology expeditions did nothing but prove it.

But Himmler wasn’t just seeking archaeological evidence of German civilization. He also became obsessed with the idea of the Holy Grail. However, Himmler’s interest in the Grail doesn’t seem to have been based on the promise of mystical power. Instead, Himmler seems to have been interested in the Grail because of an opera. The Grail featured heavily in Wagner’s opera Parsifal. And this work seems to have sparked Himmler’s interest in acquiring the Grail as a sort of victory for German culture.

The person Himmler picked to find the Grail was Otto Rahn. Rahn was born in 1904 in Michaelstadt, Germany. From an early age, he was captivated by tales of King Arthur and his knights, as well as their quest for the Holy Grail. At university, Rahn took an interest in the history of the Cathars, a group of Chrisitan heretics who were the target of a Crusade during the Middle Ages. Rahn became convinced that Cathar documents proved that they had once held the Holy Grail and that the Crusade was an attempt by the Catholic Church to seize it.

In 1931, Rahn traveled to the Cathar stronghold of Montségur, in the Pyrenees region of France. Rahn believed that since Montségur was the last Cathar castle to fall to the Crusaders, then it must have been where they stored the secret of the Holy Grail. Rahn spent several years exploring Cathar ruins and wrote a book on the possible link between the Cathars and the Grail titled “The Crusade Against the Grail.” In spite of Rahn’s efforts, he made little progress in his quest and quickly found himself running low on funds.

That changed one day when Rahn received a mysterious telegram. The message stated that the sender was a great admirer of Rahn’s book and offered him 1,000 Reichsmarks a month to write a second. All Rahn needed to do to collect the sum was appear at a nondescript address in Berlin.

Upon arriving, Rahn was greeted by Heinrich Himmler himself who went on at length about his own search for the Holy Grail and surprised Rahn by reciting large passages of his book from memory. Himmler was convinced that Rahn was the right man to find the artifact, and he offered him everything he needed to do it.

But in many ways, Otto Rahn was an unlikely candidate to lead an SS expedition. To begin with, he was openly homosexual. This was a serious crime in the German Reich, and homosexuals were a frequent target of the Gestapo, or German secret police, who sent thousands of people to concentration camps on the grounds of their sexuality. Rahn himself was also anti-Nazi.

He frequently attended dinners held by anti-Nazi intellectuals and frequently spoke critically of the regime to friends. But for Himmler, Rahn’s possible usefulness in finding the grail outweighed his political leanings.

So, in 1936, Himmler had Otto Rahn formally inducted into the SS. As Rahn explained it to friends at the time, he felt that he had little choice in the matter, saying “A man has to eat. What was I supposed to do? Turn Himmler down?” Rahn no doubt had a point. After all, the Nazis weren’t the type of people who would willingly let you turn them down. Any German who ran afoul of the Nazis ran the risk of ending up in a concentration camp, as Rahn discovered just a year later.

By 1937, Rahn had conducted a large number of expeditions to look for the Grail, ranging as far as Iceland in search of the artifact. But every time, he had come up empty-handed. All he had produced was a second book on the subject, which Himmler was as smitten with as the first, distributing 5,000 leather-bound copies to other top Nazis.

But as the expeditions mounted without success, Himmler grew increasingly angry with Rahn. Himmler had been so convinced that the Grail was within his grasp that he ordered a castle constructed to house it in an underground room surrounded by busts of SS officials and Rahn’s failure to produce the Grail was an embarrassment to Himmler.

This surety that Rahn would find the grail had made Himmler willing to overlook Rahn’s sexuality and politics, but his failure to produce results soon led to him falling out with the Nazi Party. Finally, after a drunk Rahn was discovered in a romantic encounter with another man, Himmler lost his patience and punished Rahn by transferring him to guard duty at the Dachau Concentration Camp.

Rahn would spend three months there becoming increasingly anguished at the suffering he witnessed. He even remarked to a friend about his situation ‘I have much sorrow in my country. [It is]… impossible for a tolerant, liberal man like me to live in the nation that my native country has become.”

In 1939, he wrote to Himmler, resigning his position in the SS. Himmler accepted the resignation but then sent the secret police to arrest Rahn. Faced with the choice of suicide or a concentration camp, Rahn chose the former. That winter, Rahn hiked to the top of a frozen Austrian mountain that he often visited and laid down in the snow. His body was later recovered there, frozen to death. He wanted to die in his favorite place in the world. And in many ways, Rahn’s strange story and tragic end demonstrate the deadly-serious side of the bizarre Nazi fascination with the occult.

What Is the Ark of the Covenant? – Live Science

Sorry Indiana Jones, the Ark of the Covenant Is Not Inside This Ethiopian Church – Live Science

Legends Behind the Search for the Coveted Christian Grail – History Collection