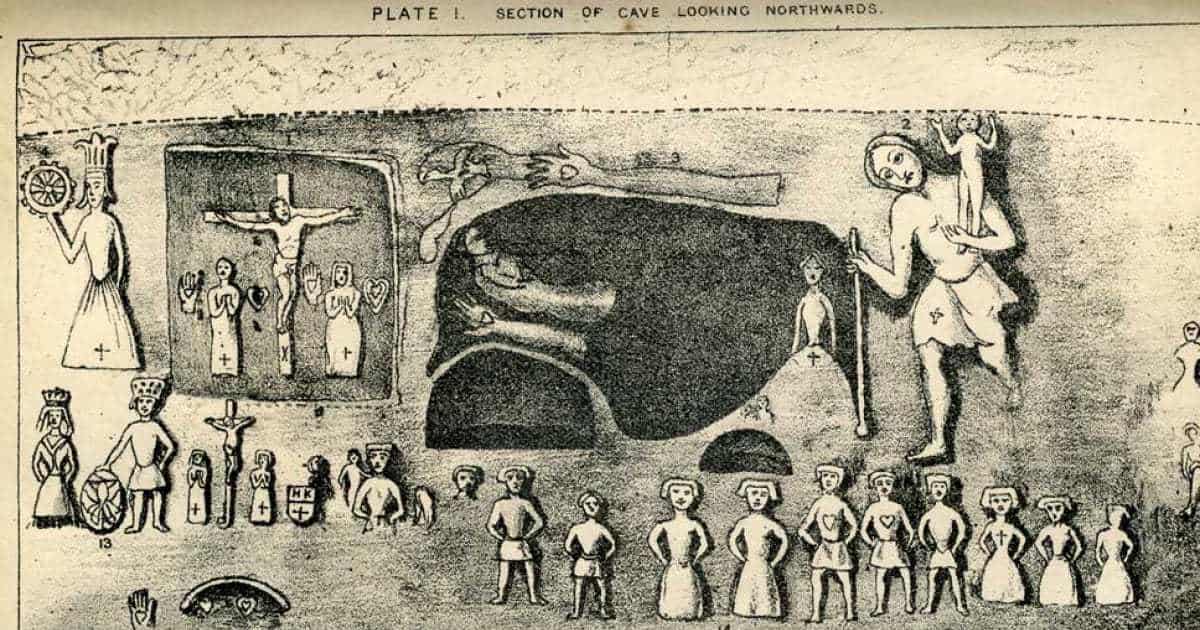 Upon its capture by Christian armies in 1099 AD, Jerusalem saw a large influx of Europeans traveling to the Holy Land. Such travel also increased crimes, with robberies and murder happening at startling rates for the unsuspecting pilgrims traversing through Muslim-held territories. By the 1100s, deaths and crimes were stacking up; a solution had to be created so faithful Christians could continue towards a safe pilgrimage. In 1118, Hugues de Payens, a French knight, and eight of his relatives created the Poor Fellow-Soldiers of Christ and the Temple of Solomon. This military grouping would later, and more succinctly, be called the Knights Templar. With support from Baldwin II, ruler of Jerusalem, the sacred order would be headquartered on the city’s Temple Mount.

Despite initial criticisms from various religious communities, the Knights received the Catholic Church’s full support 21 years after the order’s inception, and particularly vocalized support from an illustrious French abbot, Bernard of Clairvaux. In ten years time after the Church’s official support of the Knight’s Templar, a papal bull was issued declaring the Knights tax exempt, capable of establishing their own oratories, and accountable to no one except for the Pope himself. The issuance of such a document established the Knights Templar position as a prominent figurehead in religious matters.

While the Knights original job was to protect European Christian’s passage from Europe to the Holy Land, their job duties expanded as their prestige grew. They became exemplary and brave warriors defending Christian territories from Muslim siege. They built multiple castles, strongholds, and a fleet of ships designed to protect the seas from any attack they may present itself. Their religious fervor was unmatched, and their particular dedication to the Virgin Mary influenced the Catholic Church for centuries to come.

Despite their success during the crusades, the Knight’s Templar faced a reckoning, both losing their foothold in Muslim territories and subsequently respect in European countries. By 1303, the French King Philip IV vowed to destroy any remaining order of the Knight’s Templar, though his proclamation was likely less about reputable ideologies, but rather about the significant debt the Knights had accrued for the king. Even more extreme than denunciation, were the arrests and executions facing many of the order’s members. Accusations of devil worship, homosexuality, and blasphemy were just a few of the crimes the Knights faced penalties for. By doing so, King Philip IV and the pope seized and acquired the bulk of the Knights’ wealth.

Despite their dramatic rise and fall in European monarchies, the Knights Templar have continued to establish a foothold not only in culture, but of mythic proportion as well. The Knights involvement during the crusades granted them great access to holy lands with many precious and spiritual treasures. Perhaps most mythical and sacred was the Holy Grail, a chalice Christ drank from at the Last Supper. Despite the fascination of such an artifact and the exciting stories of how the Knights acquired such a precious item, no such artifact has ever been found. For centuries, archaeologists, religious fanatics, and treasure hunters have all searched for the Holy Grail, but to no avail. Where, if such a cup does exist, could it possibly be? Is it possible that a mysterious cave in England, man made and created centuries ago, is the map to finding the legendary Holy Grail? As many theories have emerged, was the Holy Grail an inanimate object, or was it symbolic for something much more precious? With an odd mix of Christian and pagan imagery etched on its stone walls, the Royston Cave’s bizarre origins have left historians baffled since its rediscovery in 1742.

Exactly what Royston Cave was or the purpose it has served has left historians scratching their heads and an eager sleuthing public to come up with some truly fascinating conspiracies. The cave itself is located in a small town by the name of Royston in Hertfordshire. The cave is a man made monument, 17 feet in diameter and 25 feet in height. Chiseled from chalk bedrock, the circular cave is rather benign until one observes a multitude of carvings. An odd dichotomy of figures, such as Catholic saints, the Virgin Mary and the Pope of the time are mixed with pagan fertility deities and sigils. Since a speculative theory was proposed in the 1970s, the Knights Templar have been named as the originators of this odd dwellling, serving as a shrine and key to one of the most popular and persistent theories of modern times: the Knights Templar were aware of and protected the bloodline of Jesus Christ.

This theory supposes Jesus had a child with Mary Magdalene, the devout female follower sharing many important Biblical stories with her male apostolic counterparts. With the persecution and death of Jesus, came an outright determination from Jewish rulers to destroy all traces of Jesus and his bloodline. Thus, the Knights Templar took responsibility of relocating Jesus’s child and Mary Magdalene to an undisclosed location, and the knowledge of their whereabouts was passed down generation after generation to other honored members of the Knight’s Templar. The Holy Grail was not the chalice Jesus Christ had sipped from during his famed last supper, rather the Holy Grail was a child with blessed blood running through it’s veins.

Perhaps one of the more pressing questions about the specific origin and purpose of the cave is its inception. However, even answering this question seems to cause contradictory and frustrating arguments among historians and archaeologists. The cave was rediscovered in 1742, and the initial clearance of the cave was not done in a fashion that resembles any of the careful procedure archaeologists are known for today. Shovels were used to clear and dig soil, and the soil was then shoveled into buckets that were pulled along rope, similar to an assembly line. The soil was said to contain a human skull and various artifacts, but none of these items were kept.

Unfortunately, the carelessness of the 18th century archaeologists may have cost future historians a great deal, as these artifacts may have helped date the origin of the cave and its original occupants. The one piece of reliable information we do have regarding the cave’s initial contents comes from antiquary William Stukeley, who upon exploration in the same year, discovered a pipeclay cup. Due to a fleur-de-lys design located on the cup, Stukeley mistook the cup for medieval origins. Despite his speculation, modern inspection of the slipware cup dates it to have been created around the 16th or 17th century.

Many have proposed this cave to be a monument for future Knights, imparting symbolic knowledge of their story and the location of Jesus’s child. Why, then, would pagan imagery be included in much of the cave’s carvings? Sheela-na-gig, a fertility symbol common in different parts of the United Kingdom, naked and displaying large, exaggerated vulvas, are carved alongside well known saints, such as St. Catherine of Alexandria. Her martyrdom story displayed, but without context, feels uniquely confusing juxtaposed with such graphic pagan depictions.

Peter T. Houldcroft, an 83 year old man who has been caretaker of the cave for almost two decade, holds nothing back in his own controversial opinions regarding the purpose of the cave and its connection to the Knight’s Templar:

When one researches the history of the Knight’s Templar, we are told a story of a pious and exemplary set of warriors, all vowing to protect Christianity against its warring, criminal opposition. We are told the Knight’s downfall was due to a shattering financial burden placed on the French King’s shoulders, and this burden led to the imprisonment and death of the once revealed Knights members. Many believe in an alternative and untold history involving deceit and suppression of a knowledge that would shatter the Church’s image of Christ they had worked tirelessly to build.

With conflicting timelines, imagery, and purpose, historians are unable to provide the innately curious public with satisfactory information regarding this mysterious cave. The general consensus is that it was created in the 15th or 16th centuries and was used as a dwelling space for various people, who, slightly blinded by the cave’s darkness, found themselves enveloped by slight delirium, producing incongruous images carved along the cave’s walls.

This official explanation is unsatisfactory to many who hold firm beliefs of the cave’s connection to the Knight’s Templar. Until historians are able to produce absolute proof one way or the other, the cave will continue to inspire amateur sleuths, conspiracy theorists, and literary artists to produce some of the most entertaining theories regarding this medieval order of Knights and the knowledge of Jeusus they may have possessed.