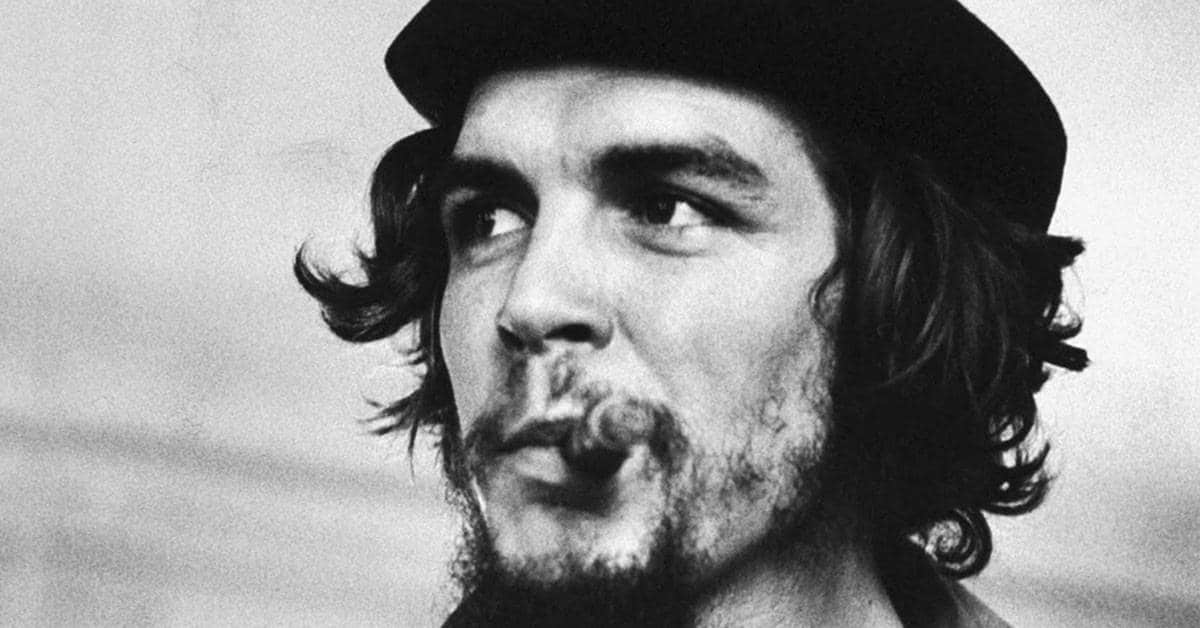 Guevara was a notorious homophobe. He campaigned to have gay people placed in prison, and when they were interned, they were treated worse than the rest of the prisoners. According to one inmate, gays were treated like beasts, and they were the last to come out for meals.

If a gay prisoner committed even the slight infraction, he was beaten mercilessly. Admittedly, Cuba’s LGBT rights record was bad before the revolution, but under Castro and Guevara, concentration camps were created and filled with homosexuals, dissidents, Afro-Cuban priests and anyone else accused of crimes against the revolution. He helped set up the infamous camp Guanahacabibes camp in 1960. One of the reasons why gay men were placed in camps is because they were deemed ‘unfit to serve’ their mandatory time in the Cuban military.

Che referred to these groups of people as â€˜scum.’ He herded homosexuals, priests, dissidents and other â€˜undesirables’ into buses and trucks where they were taken to the camps. A significant number of prisoners never returned as they were beaten, tortured, raped and murdered. In the camp where homosexuals were sent, there was a sign which said â€˜Work Will Make You Men.’ It is obviously influenced by the infamous â€˜work will set you free’ slogan on Nazi Concentration Camps.

Interestingly, it is alleged that Guevara wasn’t at all sure about his sexuality when he was a young man. There are suggestions that he was attracted to his companion on his first trip across Latin America but to be fair, there is no evidence that this is the case. Therefore, we have to assume that these are completely false tales.

If it wasn’t enough that Che was apparently a murderous racist homophobe, he was also a serial womanizer. He was reportedly a hit with the ladies from an early age. Remember, he grew up in a middle-class family in Argentina, and it was normal for him to have sexual relationships with the maids in his friend’s homes. One of his childhood friends nicknamed him the â€˜fast rooster’ because whenever a maid entered the dining room when he was eating, he would force her to climb on the table for sex. He reportedly has sex with a maid at his aunt’s house while his aunt was in the room with her back turned.

In his writings, it is clear that Che showed the same contempt for women as he did for blacks and homosexuals. He referred to a young girl he had sex with in Costa Rica as a â€˜whore’ for example. In a way, it is amazing that he had such success with the opposite sex given his abominable personal hygiene. He was nicknamed â€˜chancho’ (pig) by schoolmates because of his refusal to bathe. While in Bolivia, he wrote that he didn’t shower for six months.

The suggestion is that he left Cuba in order to spread communism around the world. However, his increasingly disastrous private life probably contributed to this decision as well. He married Hilda Gadea in 1955 but left her and married Aleida March in 1959. March wrote about her husband’s infidelity by saying it was a hard life for her and the kids. She said: “Ernesto goes out every night and gets drunk and picks someone up.”

Che had five children officially but given his sexual appetite and almost unlimited power while in Cuba, it seems likely that he had a few illegitimate ones too. It is worth bearing in mind that he was no sort of father to his children and had no issue abandoning them and his wife when he went traipsing around the globe trying to promote communism. There are of course some lurid accusations about his private life that I will not address here.

9 – His Death was neither Brave nor Noble

Given the heroic light he is held in according to the legend, it is no surprise to learn that the events surrounding his death are also mythologized. For example, it is claimed that he told his executioners to shoot him because “he is only a man.” The reality is very different according to people who were there. When enemy soldiers found him, he said: “Do not shoot! I am Che Guevara, and I am worth more to you alive than dead.”

The famed rebel was a pitiful sight upon capture as a lack of food and supplies took its toll while he hid in the jungle. After being caught, he was tied up and held in a local schoolhouse. During his internment, he kicked an officer who tried to take his pipe and spat at another man who tried to question him. On October 9, 1967, the President of Bolivia ordered the execution of Guevara.

According to Felix Rodriguez, who was involved in the capture of Che at La Figuera, Guevara “turned white like a piece of paper” when he went to speak with him around 30 minutes before the execution. Eventually, Che said: “It’s better this way. I should never have been captured alive.” Mario Teran, who was an alcoholic, volunteered to kill Guevara because three of his friends had died in a previous battle with the rebels.

Rodriguez ordered Teran to avoid shooting him in the head. Instead, he was supposed to make it look as if the rebel leader had died during a fight with the Bolivian Army. Teran shot him in the legs and then the torso, but in doing so, he merely added to the legend. Instead of dying as a pathetic wreck in an abandoned schoolhouse, it initially seemed as if Che Guevara had died bravely in battle.

Overall, the notion that Che Guevara was a champion of freedom is completely erroneous. He had no problem forcing the people of Cuba to work long hours for little or no pay. Che was also opposed to free speech, religion, the press, protest, and assembly. As soon as the new regime assumed power, Che was instrumental in crushing dissenting voices and ensuring Cuba remained under the iron yoke of a dictator.

History UK – Castro Vs Batista: The Rebellion Which Changed the World

Armando Valladares – Against All Hope: A Memoir of Life in Castro’s Gulag

Ernesto “Che” Guevara – The African Dream: The Diaries of the Revolutionary War in the Congo

The Conversation – Cuba Is Poor, But Who Is to Blame – Castro or 50 Years of US Blockade?

Grunge – What You Didn’t Know About Che Guevara

Apro Funk – Che’ Guevara A Racist? A Glimpse into His Diary