35 Pictures of the Revolutionary Che Guevara 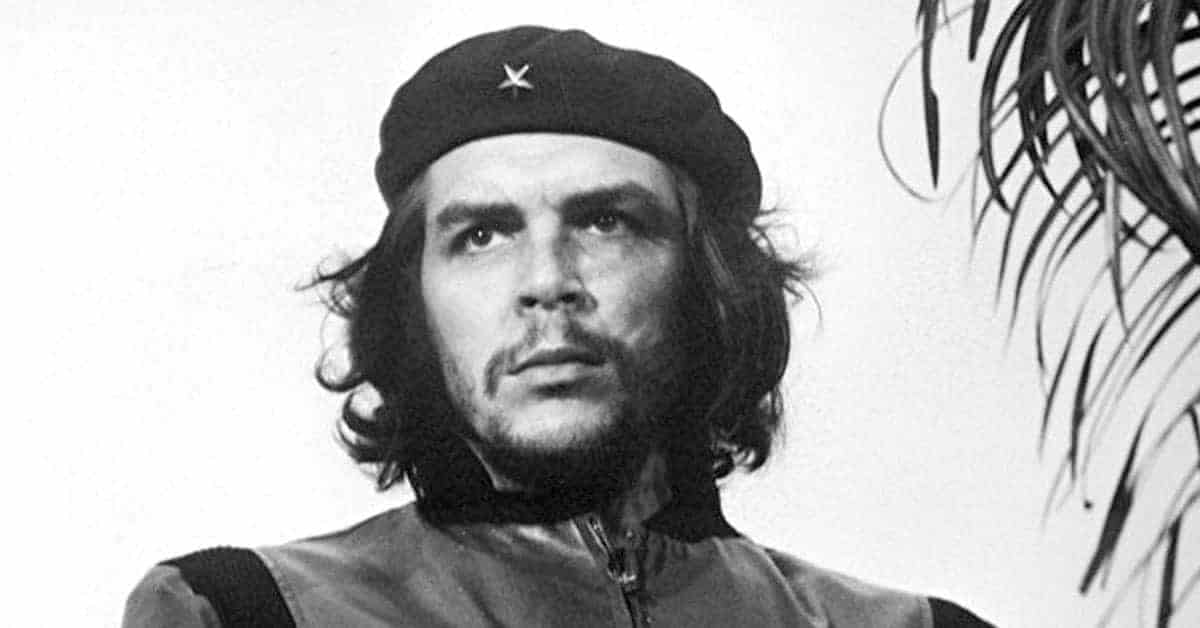 35 Pictures of the Revolutionary Che Guevara

As a young medical student, Guevara traveled through South America and became radicalized by the rampant poverty, hunger, and disease he witnessed. His desire to overthrow what he saw as the capitalist exploitation of Latin America by the United States led to his involvement in Guatemala’s social reforms lead by President Jacobo Arbenz. After Arbenz was deposed with the help of the CIA, Guevara, in Mexico City, met Fidel and Raul Castro and joined the July 26 Movement. Guevara was eventually promoted to second-in-command and played a pivotal role in the victorious two-year guerrilla campaign that deposed the U.S. backed Fulgencio Batista regime.

In 1965, Guevara left Cuba to ignite revolution abroad. He was captured in Bolivia by the CIA and executed.

Guevara has been polarized by contemporary society. As a result of his perceived martyrdom for class struggle and desire to create a ‘new man’ driven by moral rather than material incentives, he has become an icon of leftist movements. Time magazine named him one of the 100 most influential people of the 20 century.

Guevara has also been widely considered a racist. In his diary, Guevara wrote, “The blacks, those magnificent examples of the African race who have maintained their racial purity thanks to their lack of an affinity with bathing, have seen their territory invaded by a new kind of slave: the Portuguese.”

He also wrote, “The black is indolent and a dreamer; spending his meager wage on frivolity or drink; the European has a tradition of work and saving, which has pursued him as far as this corner of America and drives him to advance himself, even independently of his own individual aspirations.”

In 1964, however appearing to have outgrown his racist youth, or out of contempt of Western Imperialism, in a speech before the UN he denounced the South African apartheid saying, “we speak out to put the world on guard against what is happening in South Africa. The brutal policy of apartheid is applied before the eyes of the nations of the world. The peoples of Africa are compelled to endure the fact that on the African continent the superiority of one race over another remains official policy, and that in the name of this racial superiority murder is committed with impunity. Can the United Nations do nothing to stop this?”

In a speech given in Cuba in 1966, Guevara said, “Hatred is the central element of our struggle! Hatred that is intransigent…hatred so violent that it propels a human being beyond his natural limitations, making him violent and cold-blooded killing machine…We reject any peaceful approach. Violence is inevitable. To establish Socialism rivers of blood must flow! The imperialist enemy must feel like a hunted animal wherever he moves. Thus we’ll destroy him! These hyenas are fit only for extermination. We must keep our hatred alive and fan it to paroxysm! The victory of Socialism is well worth millions of atomic victims!”

History Collection – Freedom Fighter or Terrorist? The Life and Death of Che Guevara

History Collection – Che Guevara’s Last Stand: Bolivians Had to Do This One Thing to Prove Guevara Was Dead