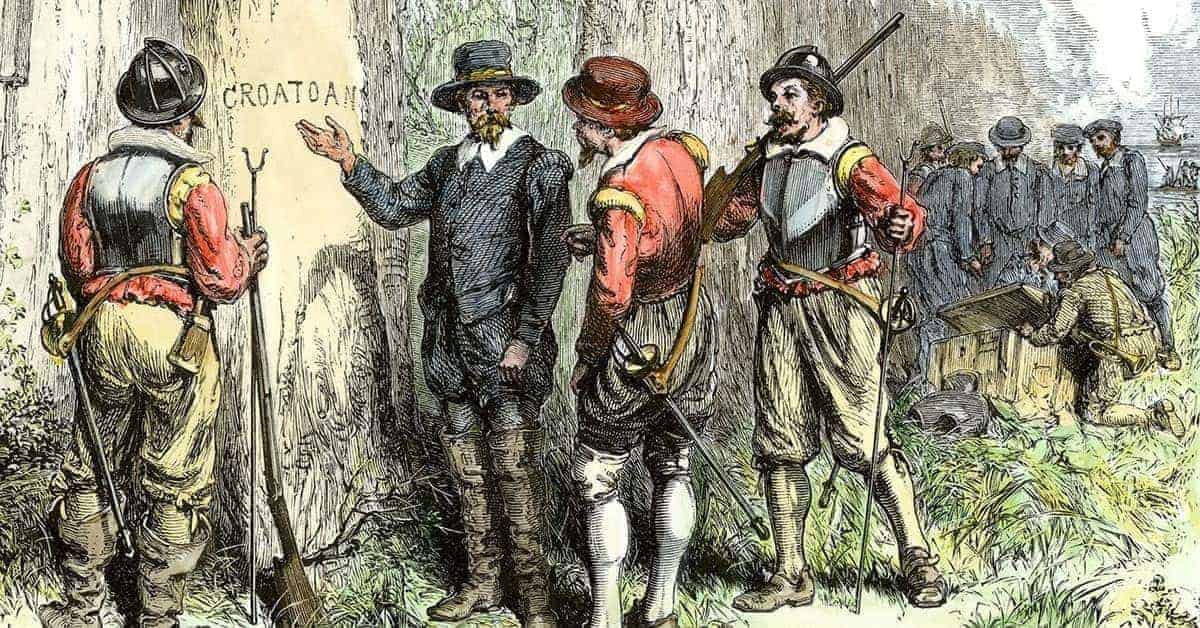 There are two theories involving witchcraft: the Croatoan either executed the colonists as witches, or the colonists were the victims of witches who live in the North Carolina woods. The Croatians believed in witches and witchcraft. Their definition of witches was people who used black magic to commit evil acts in everyday life.

The Croatians and other Native American tribes tell legends of witches who live in the North Carolina woods who used black magic to hurt other people. There is a story that the people of Roanoke became the victims of these witches when they left the island, and that is why they were never heard from again.

The Croatoan belief system includes a spirit on the island that had the power to absorb humans into the landscape. If the spirit was offended or angered, it would turn people into trees, animals, stones, or any other part of the land. If the colonists were exploiting resources or abusing the land, it could have angered the spirit. This means that the people of Roanoke didn’t disappear at all; they were just absorbed into the land.

The Croatoan also believe in the Reptilian Devil of the Woods, an evil spirit that could attach itself to people. This spirit made people violent, greedy, and paranoid. The Croatoan believed that the reptilian spirit had possessed the settlers once they started to turn on each other after White left for England to retrieve more supplies.

From 1937 to 1940, a series of stones were discovered that supposedly tell the story of what happened to the Roanoke colonists. They are called the Dare stones because they were mostly apparently written by John White’s daughter, Eleanor Dare. Most historians consider the Dare stones a hoax, although many historians believe the first stone is authentic. In 1937, a tourist found an inscribed stone and brought it to Emory University to be examined for authenticity. Dr. Haywood Pearce, a professor of American history, didn’t claim that the stone was authentic, but it didn’t contradict what was known at the time.

The inscription was consistent with the phrasing of the time, and the colonists would have had tools to carve such a message. The inscriptions on the stone stated that Eleanor’s husband and daughter were dead and asked whoever found the stone to tell her father.

The other side of the stone reported that only seven of the Roanoke colonists were left alive, and Native Americans murdered the rest. It was signed EWD (Eleanor White Dare).

In 1940, 47 more stones had been found, dating until 1599. A stone dated from 1592 claims that the survivors of Roanoke are safe, living with a tribe in the Nacoochee Valley in Georgia. One dated from 1598 claims that Eleanor Dare had married the local chief. Another stone claimed that she had given birth to the chief’s daughter and the tribe was angry about it, and Eleanor requested that her father bring the girl back to England with him. A stone dated from 1599 stated that Eleanor Dare had died and that she had a daughter named Agnes that survived her.

After their discovery, the stones were examined by the Smithsonian Institute and a historian from Harvard University, who declared that the stones had some degree of authenticity, but by 1941, the stones had been exposed as forgeries. In 2015, a History Channel documentary detailed the study of the stones by archaeologists who found that the first stone was authentic, but the others were hoaxes, concluding that they were created with a drill.

Virginia Places – The English in North America Before Jamestown

Ranker – 17 Theories Behind “Croatoan” and the Roanoke Colony Disappearance

National Parks – The Legend of The Ghost Ship: Carroll A. Deering

The Washington Post – Powhatan and His People: The 15,000 American Indians Shoved Aside by Jamestown’s Settlers

Greensboro – Could A Mysterious Stone Found Near Roanoke’s ‘Lost Colony’ Be Real?