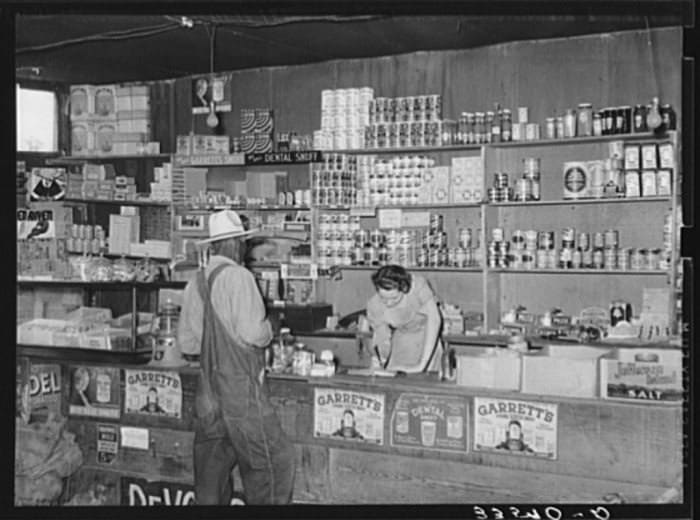 11. Many Changes Occurred With The Food Stamp Act Of 1964

Congress took their time approving the Food Stamp Act of 1964 because they couldn’t agree on what the act should contain. Some of the factors they came up with include that recipients needed to purchase food stamps and prohibited against political belief, race, religion, and natural origins.

Other factors included a State Plan of Operation, alcohol purchases are not allowed, imported food is not allowed, and funding costs are divided between the Federal Government and each state. Funding for the first year was set at $75 million, went up to $100 million for the second year, and the third year to $200 million.

10. Throughout The Rest Of The 1960s, The Food Stamp Program Continued To Grow

By April 1965, 561,261 people took part in the Food Stamp Program. This number continued to grow well into the 1970s. By March 1966, over one million people received food stamps. The following year this number increased to 2 million people.

9. The Federal Government Became Worried About The Cost Of Food Stamps During The 1970s Because Of Growth

Both Federal and State Governments couldn’t believe the growth of the food stamp program during the 1970s. No one expected the rate to grow so fast, so politicians suddenly because worried about how much the plan started to cost.

Other than cost, the Federal Government became concerned about how this affected farmers. Another problem became the areas that didn’t have food stamps in their jurisdiction. Consumers still needed the food stamp program, but couldn’t legally receive them. However, many people tried to get around the law by lying about their address.

During the early 1980s, Congress realized that they couldn’t continue to see the program grow as it did because neither the Federal Government or the states could afford it. Therefore, the legislature enacted various cutbacks between 1981 and 1982.

First, the government added a gross income eligibility test for every household that applied. Next, they prohibited federal funding for outreach. Other cutbacks included annual adjustments in food stamp allotments, and Puerto Rico received a block grant for nutrition assistance instead of access to the Food Stamp Program.

6. EBTs Started To Push Out Food Stamps Starting In 1988

Today, people know food stamps as EBT and receive their funds through a plastic card. But, one factor they do not know is this process started in the late 1980s. The first EBT cards came out in Reading, Pennsylvania, in 1984. This became the test pilot for EBT cards.

The Hunger Prevention Act of 1988 pushed for more test pilot programs. Areas all around the United States continued to test the EBT cards instead of food stamp coupons. The Personal Responsibility and Work Opportunity Reconciliation Act of 1996 told states they all needed to start implementing EBT by October 2002.

Today, food stamps are known as SNAP (Supplemental Nutrition Assistance Program). While the general idea for SNAP is the same as food stamps, the program focuses more on health and making sure families get healthy food over unhealthy food.

One factor that’s changed over time is that people can get food at other places than grocery stores. You can also get particular food at convenience stores and even some farmer’s markets. Instead of coupons, the money is automatically deposited on a plastic EBT card.

4. SNAP Is Deposited On An EBT Card

People receive their SNAP benefits through a plastic EBT card that looks like a regular debit or credit card. EBT stands for electronic benefit transfer, and people can’t tell if someone is using an EBT card or another card.

The main reason the American government decided to transfer SNAP benefits to a plastic debit type card is that people were embarrassed when they gave the cashier checks or coupons for the food. Some people refused to take the benefit, even when they needed it, because of the embarrassment they felt.

3. How Does SNAP Work Today?

SNAP is similar and different to the original food stamps of 1939. While they both help people put food on their table, SNAP focuses more on health. With SNAP, someone will receive the benefits without taking from someone else, which means it’s not a welfare program.

SNAP is run by the United States Department of Agriculture, except in Massachusetts. The Department of Transitional Assistance (DTA) overseas SNAP in Massachusetts. Once you’re approved for EBT, you will receive your card and SNAP money every month. You do not need to give anyone cash for them to put SNAP funds into your EBT card.

One of the biggest changes made throughout Food Stamp history, other than the name change, is the food recipients of the program receives. When Food Stamps first started, the point was to help everyone from farmers to the consumer. Today, one of the most significant aspects of SNAP is to make sure people eat healthily.

While you can purchase unhealthy food with SNAP, there are restrictions. You are also persuaded to focus more on healthy food and ingredients that allow you to make a well-balanced meal for your family.

1. The Use Of Food Stamps Is Still Mixed To This Day

Over the past few months, the discussion of food stamps has skyrocketed due to United States President Trump creating a new food stamp rule which cuts the benefit for many people. While some people agree with this cut, often citing that people misuse the program, other people disagree by stating it brings more people close to poverty.

No matter what side of the fence you are on, you can’t deny that the history of food stamps goes back 80 years. However, one factor that hasn’t changed is that the program started as a way to help Americans put food on the table, and this is still the point of food stamps.

“What is SNAP?” Getting Food Stamps.

“Food stamps may become like Blue Apron. In the Great Depression, they started with blue coupons.” Ian Shapira, The Washington Post. February 2018.

“A Short History of SNAP.” U.S. Department of Agriculture. September 2018.