Ludger Sylbaris: The Only Survivor of Mount Pelée Volcanic Eruption 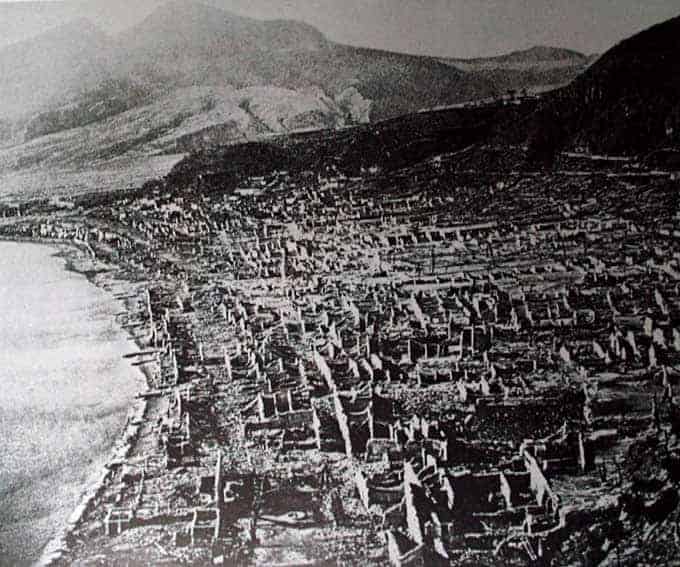 On May 7th 1902, a man by the name of Louis-August Cyparis was a common laborer in the city of Saint-Pierre, Martinique, the capital of the island. He was about 27 years old and found himself arrested that evening for being involved in a bar fight. Some reports suggest that the other man in the bar fight had died and therefore Louis-August Cyparis was charged with murder. This is possible since there are numerous sources that suggest Louis-Auguste was frequently in trouble with authorities and was violent. A more violent crime or a history of violence is more likely considering the fact that after his arrest he was immediately put into solitary confinement.

This cell was completely bomb-proof, had stone wall with no windows. The only way that the tiny cell got any ventilation at all was through a small grate door. Ironically the cell that was meant to be a severe punishment ended up being the most protected location in the city during the worst disaster in its history.

The next morning at 7:52 a dark cloud rose out of Mt. Pelée spreading horizontally. Another cloud followed and darkened the sky for fifty miles in every direction. The speed of the cloud was found to be 670 kilometers per hour which foreshadowed the devastation that was to follow. The 8 square miles around the mountain were the worst hit by the cloud of steam and volcanic dust. The town of St. Pierre was right inside this danger zone. Temperatures rose to 1,000°C (1,830°F) and all the buildings of the city were flattened. Between 20,000 and 30,000 people burned or suffocated to death.

Four days later rescue crews would hear the faint cries of Louis-Auguste Cyparis in his cell. He was badly burned but alive. Pulled from the rubble most reports claim him as the only person in Saint-Pierre to survive, though a few other reports claim as many as 3 people survived. Leon Compere-Leandre’s home was on the outskirts of the town and on the very edge of the devastating steam cloud. Havivra Da Ifrile got into a boat to escape the lava and survived only when her board was washed out to sea.

So what happened to Louis-Auguste Cyparis after his rescue? Read on to find out!

Louis-Auguste Cyparis had a world that was fascinated with his story. The only survivor in a town completely leveled by a volcano. He was pardoned of all crimes against him and found fame by traveling around the country and telling his story. He eventually took on the stage name of Ludger Sylbaris which is the name he is still remembered by. He was referred to as “the man who lived through Doomsday” and “the Most Marvelous Man in the World.”

He ended up joining Barnum & Bailey’s circus becoming the first black man to ever star in the segregated show. Part of his act was to have him appear in a replica of the cell that he was imprisoned in when he survived the volcano. He died of natural causes in 1929.

The prison cell that saved his life can still be found today in the small town of Saint-Pierre. The city that was once the most important city of Martinique and considered “the Paris of the Caribbean” never recovered fully from the devastation. Some small villages have been built where the city once stood but today the population of the Commune of Saint-Pierre is only about 5,000.

Perhaps the most disheartening part of the story is that there was plenty of warning that the volcano was going to erupt. There were reports of rumblings from the volcano and people believed it was going to erupt. Many people even traveled to Saint-Pierre believing that the two valleys that rested between the mountain and the large city would protect them from the lava. Unfortunately, the devastation of the city was caused by pyroclastic flow which is a fast-moving current of hot gas and rock. There was no real understanding of this type of cloud or what it could do at the time of the Mt. Pelée eruption. The rocks and boulders move within the current at such speed that they will flatten trees and buildings in their path. The hot gases travel at such a rate of speed that they can incinerate living organisms instantly.