10 Facts About the Sarajevo Assassination That Triggered WWI 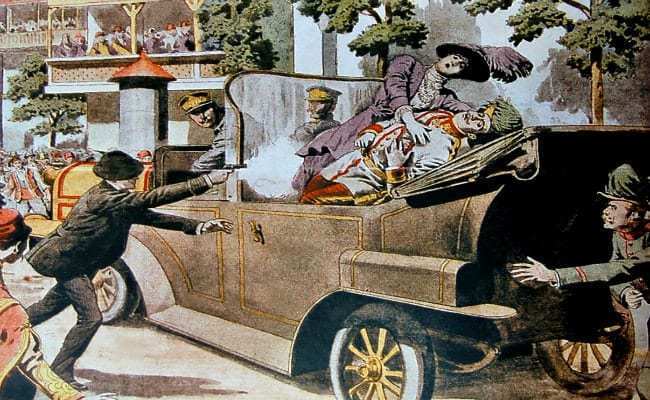 10 Facts About the Sarajevo Assassination That Triggered WWI

6. Lieutenant-Colonel Dragutin Dimitrijević was the mastermind of the Sarajevo Assassination 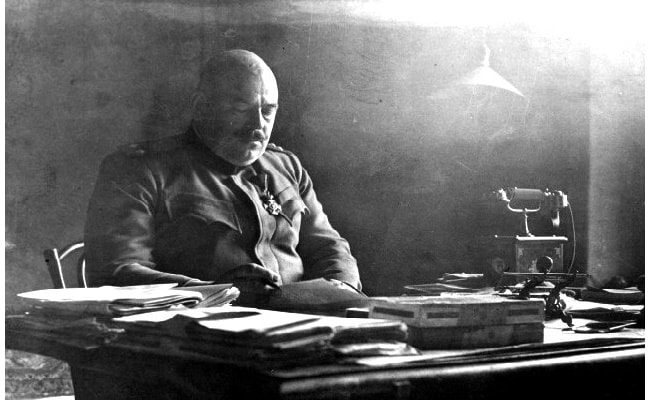 Lieutenant-Colonel Dragutin Dimitrijević, also known as Apis or ‘The Bull’ (because of his large size), played a key role in Franz Ferdinand’s assassination in Sarajevo. Born in Belgrade, Principality of Serbia in the summer of 1876, Dragutin Dimitrijević was the leader of the Black Hand, a Serbian gang comprised of military officers who were planning to overthrow the Serbian government in 1903. Initially, the Black Hand and the Serbian government were on friendly terms and worked together mainly to make sure that Serbia became the dominant power in the region using violence, sabotage, and political murder if necessary. But after a policy disagreement in 1914, Black Hand leaders took control of the organization and didn’t care about official policies from the government.

It is at this time that Dragutin Dimitrijević organized Austrian Archduke Franz Ferdinand’s assassination. He recruited three young Serbians who were annexed by Austria six year earlier for the job and added four others later on. Gavrilo Princip, a maladjusted yet fanatic nineteen-year-old finally finished the job when he shot Franz Ferdinand together with his wife on their state visit to Sarajevo.

Apart from the Sarajevo incident, the violent conspirator also organized and participated in Belgrade’s 1903 palace coup, which saw King Alexander and his wife Queen Draga not merely murdered but butchered with body parts cast onto the streets.

5. Gavrilo Princip and Nedeljko Čabrinović both swallowed cyanide capsules before being arrested but did not die.

Gavrilo Princip and Nedeljko Čabrinović were among the conspirators who lined along the Appel Quay, each with instructions to kill Franz Ferdinand when the royal car reached his position. The first conspirator failed to take an action and later said that a police officer was standing behind him and feared he could be arrested before he could throw the bomb. Nedeljko Čabrinović was lined second, and as the six-car procession passed the central police station, he hurled a grenade at Franz Ferdinand’s car. Luckily, the driver managed to swerve out of the way when he saw the bomb. The bomb exploded on the car behind injuring several people. To avoid arrest, Nedeljko Čabrinović swallowed a cyanide capsule and jumped into River Miljacka where he intended to die. Fortunately, the cyanide capsule had expired and instead of killing him, made him sick. River Miljacka was also 4 inches deep and didn’t help him. He was later hauled out and detained by a police officer.

Gavrilo Princip, shortly after shooting Franz Ferdinand and his wife also attempted suicide by swallowing a cyanide capsule. The cyanide was past its date, and just like Nedeljko Čabrinović, Gavrilo Princip didn’t die but suffered horrible stomach aches. He was later sentenced to twenty-year in prison where he died after contracting Tuberculosis.

4. The motorcar used by Franz Ferdinand and his wife belonged to Count Franz von Harrach 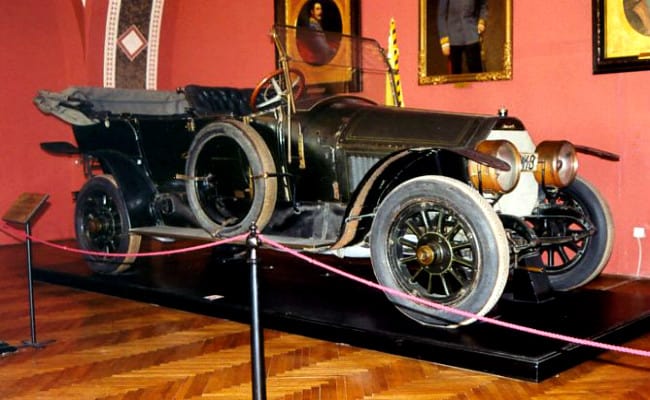 Count Franz von Harrach was a military officer stationed in Bosnia and was a member the Graf and Stift Company. Graf and Stift Company was an Austrian firm founded in 1897 by the brothers Franz, Heinrich, and Karl Gräf. Manufacturing automobiles, trucks, buses and trolleybuses, the company originally started as a bicycle repair company and later were building luxury automobiles for a prestigious clientele including the members of the Austrian Imperial Court.

In 1914, Count Franz von Harrach offered the car to Franz Ferdinand and his wife when the couples visited Sarajevo. It was a brand-new six seat, open touring car. Powered by a 32-horsepower 4-cylinder engine, the car was shaft-driven, with four-speed gearboxes and power units with T-head cylinders cast in blocks of two and then joined together.Astonishingly, those who owned the car after the horrific moment were involved in a series of ghastly road accidents and head-on collisions. In the end, thirteen people who used the car died.

3. Even after the first assassination attempt Governor Lieutenant General Oskar Pitiorek did not provide extra security for the Archduke 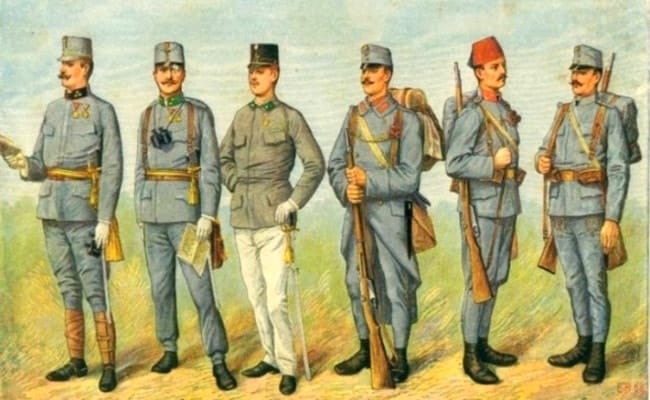 Pitiorek invited Franz Ferdinand to watch his troops on maneuvers scheduled for 26 and 27 June 1914. He was to be responsible for the safety of Archduke Franz Ferdinand during the visit. While being taken to the to the city hall for the reception and speeches, Nedjelko Cabrinovic, a members of the Black Hand Serbian nationalist secret society threw a grenade at the Archduke’s car. If not for the driver who took an evasive action to speed from the scene, then the bomb would have hit the car.

After the scene, Pitiorek would have been wise to arrange for an extra security for the Archduke but worried about his own prestige, he resisted calling out the troops that had been on maneuvers in the rain for two days because they didn’t have presentable dress uniforms. What followed did not only cause the death of Franz Ferdinand and his wife but precipitated the outbreak of World War I.

2. The driver was never informed that the motorcade route had been changed. 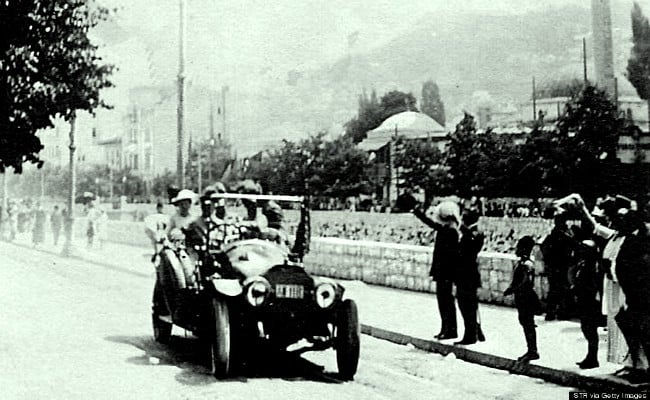 At the start of his tour in Sarajevo, Franz Ferdinand visited the military barracks and inspected the local Imperial garrison. Shortly after leaving, a member of the Black Hand who was part of the assassination plan threw a grenade at his entourage. However, the driver managed to swerve out of the way, and the bomb bounced away, injuring several soldiers in the car behind. Franz changed his mind after the incident as he wanted to demonstrate that his family was in control of Sarajevo. He ordered the driver to change the route so he can visit the injured soldiers.

Unfortunately, Leopold Lojka did not fully understand his instructions and mistakenly took a wrong turn into Franz Josef Gasse. Realizing he was not familiar with the street, the driver decided to reverse. At this time, Gavrilo Princip who was also a member of the Black Hand gang was having a cup of tea after a failed assassination attempt by a member of his team. Luckily, he recognized Franz Ferdinand’s car as it was trying to pull out of the street. Not believing his luck Princip pulled out his gun and shot both Franz and his wife.

1. Assassinations weren’t something new to the Habsburg Royal Family 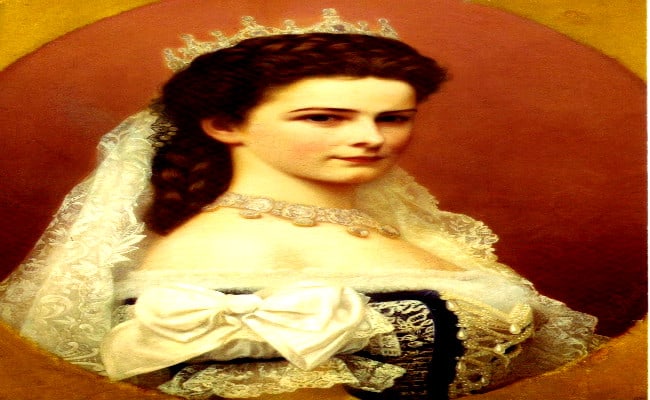 Interestingly, the Habsburg Royal Family members were targets of assassination attempts, and some were also assassinated. Franz Ferdinand was not the only member of the royal family to be killed by an assassin. In 1989, the longest serving Empress-consort of Austria, Elisabeth, was stabbed to death by an Italian anarchist named Luigi Lucheni. Earlier on, Lucheni had missed his chance to assassinate Prince Philippe, Duke of Orléans, and swore to kill any member of the royalty he saw. Fortunately, Elisabeth had followed an invitation from the Rothschild family to Geneva, and as she left the hotel where she spent a night incognito, to hurry to the steamship “Genève,” she met her death. The event which was well covered in the coeval press was a shock and left the Austria-Hungarian public in deep mourning.

That’s not all! Emperor Franz Josef was also a subject of two failed assassination attempts, one particularly being on 18 February 1853, when János Libényi, a Hungarian nationalist tried to assassinate him.

With these kind of assassination attempts, one would probably agree that the Habsburg Royal Family knew they were always targets and had to be sensitive. In fact, both Franz Ferdinand and Empress Elisabeth were warned of their visits before their assassinations.