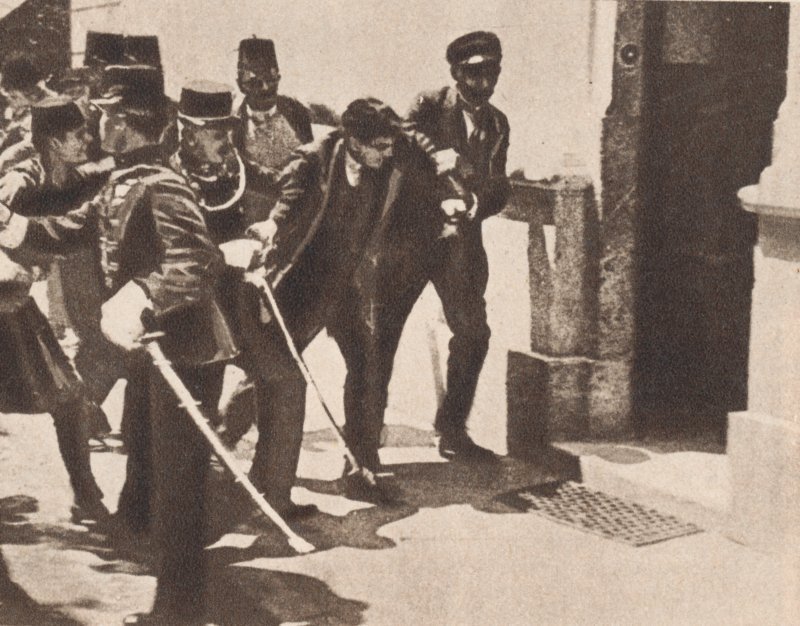 Gavrilo Princip was 19 years old when he assassinated the Archduke of Austria and his wife, Sophie, Duchess of Hohenberg. Princip was born a Serb but grew up in Bosnia. There, he became a Bosnian nationalist through his membership with Mlada Bosna — Young Bosnia. The group’s purpose was to unify Bosnia. This was not an easy task. 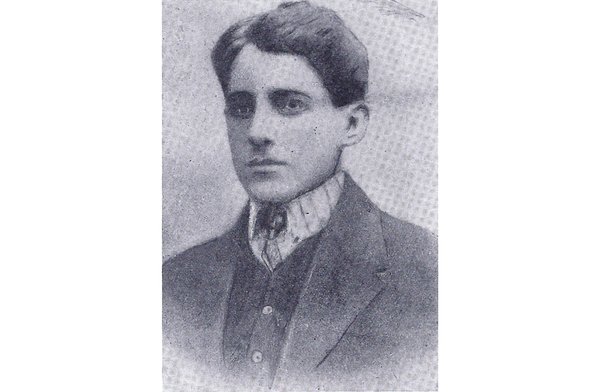 The Monarchy the Mlada Bosna was up against was that of the Austrian Empire. For years Austria had been dismantling the Balkan region. The Monarchy was swallowing swaths of Serbian and Bosnian territories. The more Balkan territory Austria took control over, the more the desire to resist them become necessary.

Gavrilo was one of nine children. His parents lived in a remote village. Six of their children died. When Gavrilo was born, he was small and sickly. His parents named him after the Archangel Gabrielle. It was the idea of a local priest who after seeing the infant remarked, he required a protector.

Gavrilo’s family were peasant — serf — farmers who made a little money. His father, Petar Princip, and mother both came from farming families who had lived for centuries in the same region. The land was intertwined with their identity. They knew it thoroughly and how to survive from its resources.

Oppression from the outside world was not unfamiliar to Gavrilo. He spent his life watching his Christian family struggle. The area was dominated by a large Muslim population. Most Muslim landlords did not offer an opportunity for growth. For instance, of the four acres of land, the Princip’s farmed, one-third of the money earned was given to the landlords. Eventually, things were done dire for the family, Petar had to find additional work to afford to feed his family.

Despite facing hardship, Petar Princip clung to his Christian faith. He did not drink. He did not swear. His religious fever was so noticeable, it is said neighbors made jokes about him. In addition to his unwavering religious faith, Petar spent his youth fighting the Ottoman Empire. The apple did not fall far from the tree. Gavrilo’s decision to fight the Austrian Empire was at that time a family tradition.

The Door to Secret Societies

After a year of misery, Gavrilo proved himself outstanding scholastically. His high merits enabled him to relocate. He was 13 when he moved to Sarajevo to live with his brother. Although the idea was Garvrilo attend the Bosnia military academy, a decision was made to enroll him in a merchant school. He did well and was admitted to a gymnasium.

During his three years of study, he became enamored with nationalists. Some assassinated those who were seen as oppressors. He saw the nationalists as heroic. Their cause and sacrifice to it appealed to Gavrilo. This was the direction he knew he wanted to go in life.

It was not long before he became a member of the Young Bosnia nationalists. The gymnasium did not want to foster radical ways of thinking. And even if they did support it, forming groups and clubs was forbidden by the government. Meeting for the purpose of discussing academic themes was allowed. The young nationalist met secretly. They discussed a desire to take back Bosnian territory currently under Austrian control. Eventually, the group’s goal was to unite Bosnia with Serbia.

Gavrilo’s dedication to the nationalist cause was so clear to him, he was not able to contain it. After openly threatening his peers with a beating if they refused to attend a pro-Bosnian demonstration, he was quickly dismissed from his studies. The act plunged him entirely into the Bosnian nationalist struggle. He walked over a hundred miles to Serbia.

Reaching the city of Belgrade, he sought out a Serbian nationalist society. The leader of the group was a member of a powerful secret nationalist society, the Black Hand. Gavrilo wanted nothing more than to fight for their cause. However, his enthusiasm and certitude were greater than his stature.

Because Gavrilo was physically under-impressive, none of the nationalist societies in Serbia would accept him as a member. Defeated, he traveled back to Sarajevo. When he returned to Belgrade, he met a Serbian with similar desires. Through this connection, he was invited to a Serb training center. He practiced marksmanship and how to handle grenades and work with bombs.

Assassination of the Archduke and Legacy

A plan was hatched to assassinate the Archduke Franz Ferdinand of Austria. Franz was being given control over Austrian acquired territories in Bosnia. Killing him was part of a plan. If things went well, Bosnia would be released from Austria’s clutches. The idea was that the Balkans would fight Austria. They did not necessarily calculate the likelihood of their assassination attempt as a trigger for setting World War into motion.

Regardless of their intent, Gavrilo was one of six nationalists sent on a mission to assassinate Franz Ferdinand. Franz and his wife were arriving in the morning by train. The six assassins, including Gavrilo, were given different instructions. At one place along the Archduke’s route, one of the six nationalists would use a bomb. In another place, a hand grenade, and so on. 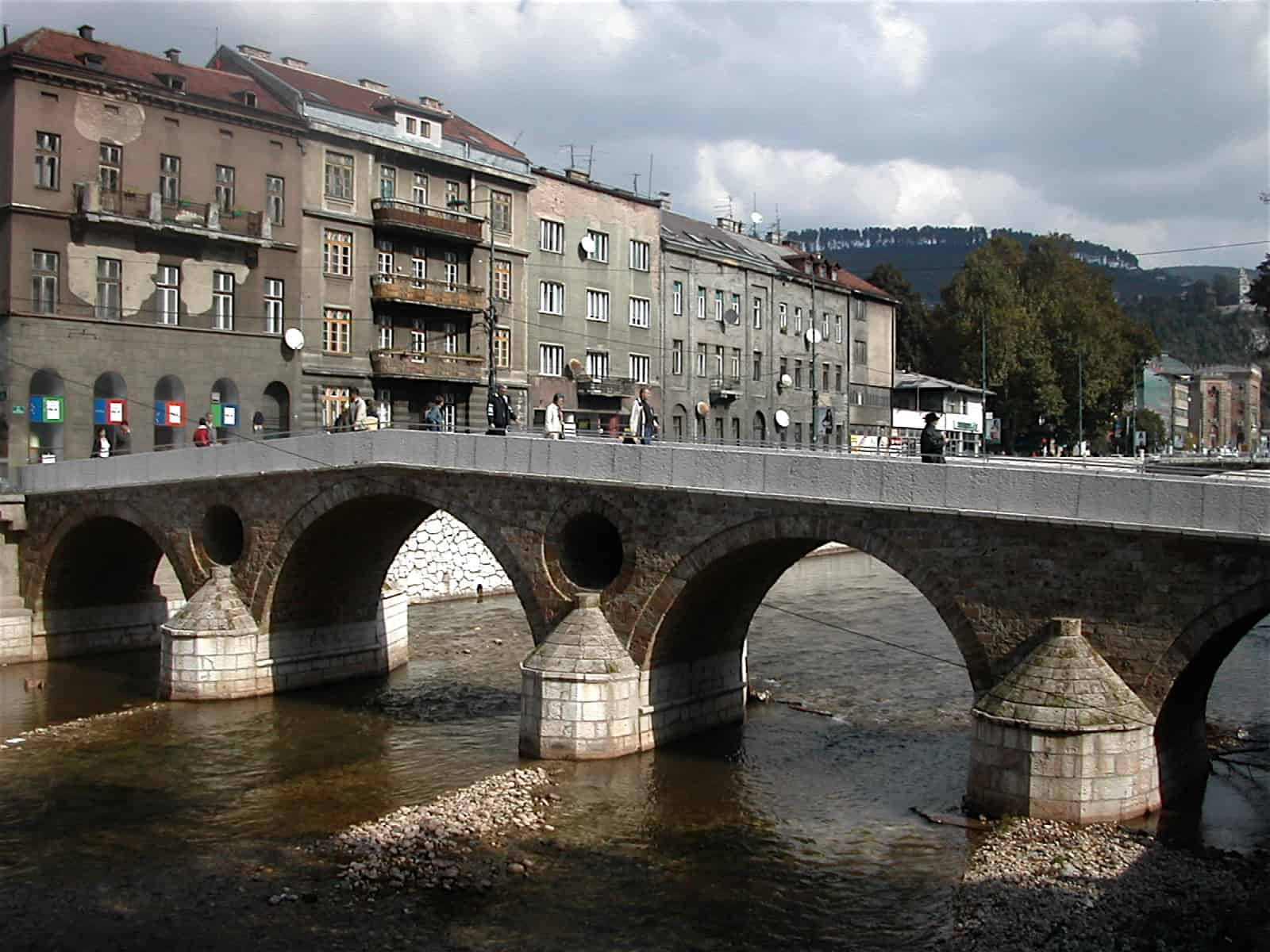 It was by chance that none of the plotted attempts worked. When the Archduke and his wife were within firing range, Gavrilo aimed his gun and delivered a fatal blow to each of them. Unlike his companions whose attempts failed, the small, determined 19 years old was successful. As the story unfolds, there were six conspirators who lined the route. Each kept enough distance between himself and the other five assassins to increase their chances of success. Their instructions were straightforward. Each was to attempt to kill Franz Ferdinand when in the procession of cars, he reached the assassin’s position.

The car first passed, Muhamed MehmedbaÅ¡iÄ‡ who was beside the Austro-Hungarian Bank. It was from this spot, he was planning to launch a bomb attack. As the Royal car approached, fear overtook him. Some minutes later at 10:15, the parade passed the police headquarters. Nedeljko ÄŒabrinoviÄ‡ did not hesitate. He tossed a hand grenade towards the Archduke’s car whose driver realized they were under siege, hasten to move the automobile. The bomb had a 10-second delay and exploded under the wheel of the fourth car in the six-car procession. It exploded, wounding those insides.

The crowd of spectators reacted and chaos erupted on the streets. The remaining assassins would decide whether to flee or continue with their mission, making split-second decisions within the thunderstorm of confusion that has been unleashed. Princip held his position. He was next to Moritz Schiller’s cafÃ©. Having taken a wrong turn, the Archdukes’s car drove past. The driver abruptly brought the car to a stop. While placing it in reverse to correct the turning error, the engine stalled. Princip stood before an open window of opportunity. From five feet away was the Archduke and his wife. Princip did not hesitate. He drew his gun and squeezed off two shots. One for the Archduke and one for his wife.