Disturbing Facts About the Manhunt for John Wilkes Booth 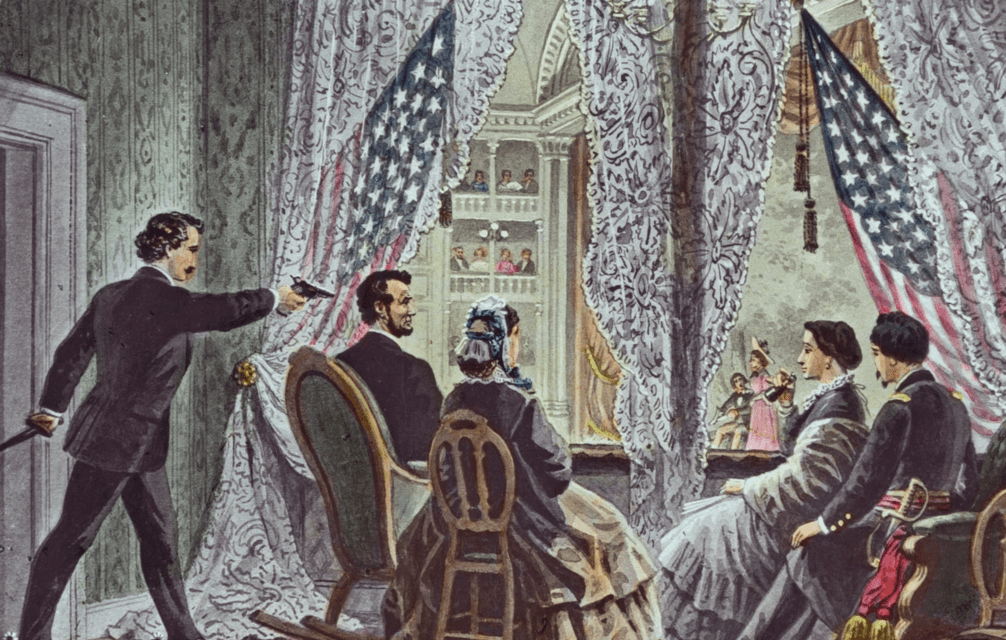 Disturbing Facts About the Manhunt for John Wilkes Booth

19. A mummified body toured America as that of John Wilkes Booth in the early 20th century

In 1877, a man believed to be dying and known as John St. Helen informed a lawyer, Finis L. Bates, he was in fact, John Wilkes Booth. St. Helen told Bates the assassination had been masterminded by Andrew Johnson, and that he escaped the pursuit and drifted across the West under several different aliases. St. Helen recovered and vanished. In 1903, Bates saw an article describing the death by suicide of a man in Enid, Oklahoma. The article featured a post-mortem photograph of the man, known as David Elihu George. Allegedly, following an earlier, failed suicide attempt, George claimed he was John Wilkes Booth. According to Bates, the man in the photograph was the same as the man he had known as John St. Helen. For the next several years the mummified body of St. Helen/George decorated the front parlor of an Enid mortuary.

In 1907 Bates published The Escape and Suicide of John Wilkes Booth: Written for the Correction of History. Following publication, Bates acquired the mummified corpse and displayed it at state fairs, carnivals, and holiday celebrations across the country. The mummy continued to be a sideshow attraction into the 1950s, under various owners, the last of which was Jay Gould. Its current whereabouts is uncertain. What is known is that in the 1930s, Chicago doctors examined the body and declared that its broken leg, and the scar on the neck, and a healed broken thumb were all consistent with known injuries to John Wilkes Booth. They declared the corpse genuine. They neglected to note the broken leg endured by the man in life was his right. When Dr. Samuel Mudd set Booth’s leg in the early morning of April 15, 1865, it was his left.

20. The remaining questions over the Lincoln assassination involve the extent of the conspiracy

Virtually everyone agrees Abraham Lincoln’s assassination was the result of a conspiracy which evolved from one of kidnaping the President to outright murder. There is no evidence that the conspirators ever plotted to kidnap Seward and Johnson. Their planned murders arose in the mind of John Wilkes Booth after he realized kidnaping was no longer feasible. Not that it ever was. By the time the kidnappers were ready to attempt to realize their scheme, most of Northern Virginia was in firm Union control. Escaping to Richmond, then besieged by the Union army, would have been virtually impossible. It is only the extent of the conspiracy which remains subject to debate. Did it involve an international cabal of Jewish bankers? Did it reach into the Vatican? Was the Confederate government involved? Did Lincoln’s own cabinet ministers conspire to kill him? These questions and others are continually raised and debated.

Edwin Stanton died in 1869. William Seward survived the attacks of April 14, and lived until 1872, becoming famous for arranging the purchase of the Alaska Territory. Andrew Johnson lived until 1875, having become the first American President to be impeached. John Surratt, the only person tried and acquitted of being involved in the Lincoln Assassination, lived until 1916. After his acquittal he went on lecture tours, accusing government witnesses in his mother’s trial of committing perjury. He also claimed had he known of the seriousness of her predicament he would have come to her defense. The extensive international newspaper coverage of his mother’s trial meant he could hardly not have known she faced the death penalty. His lectures were among the first to hint there was more to Lincoln’s murder than Booth’s conspiracy. That belief has been a major industry ever since.

“The Trial: The Assassination of Abraham Lincoln and the Trial of the Conspirators”. Edward Steers, ed. 2003

“The Story of the Last Surviving Witness to the Lincoln Assassination”. Mike Wood. History Collection. May 27, 2017

“The Closest Source We Have to Really Knowing John Wilkes Booth Is His Sister Asia”. Paige Williams, Smithsonian Magazine. March, 2015

“Assassins! A Confederate spy was accused of helping kill Abraham Lincoln. Then he vanished”. Article, The Washington Post. April 13, 2017