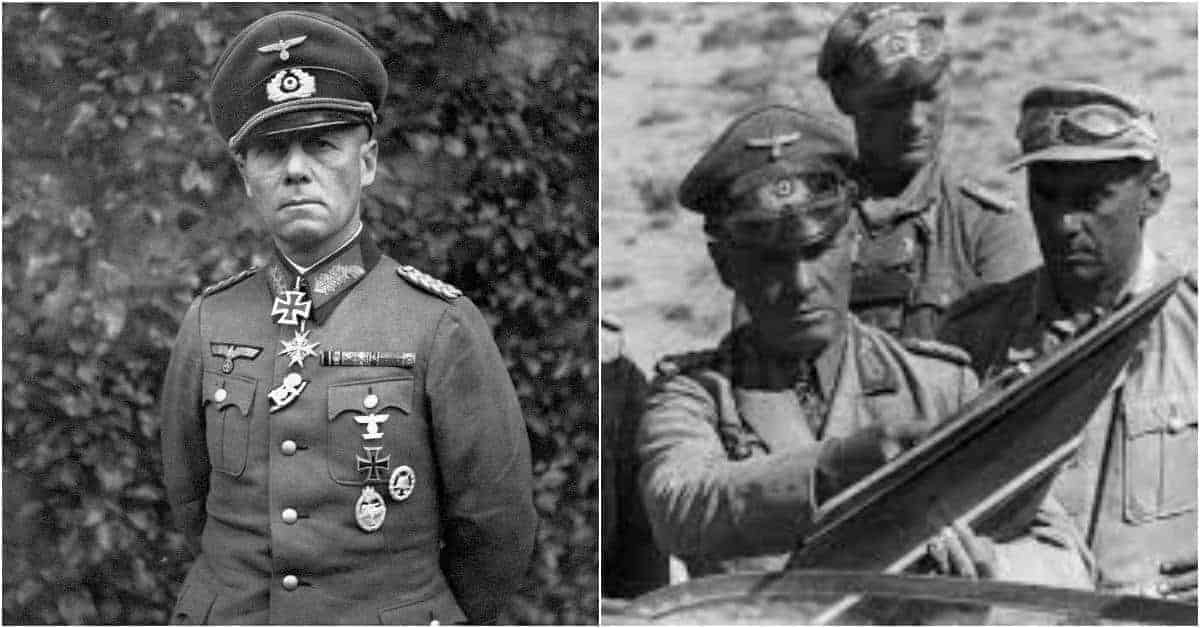 If Rommel’s reputation as a great leader was undermined by the catastrophic defeats on the African, Italian and Western Fronts in the last two years of the war, why was it that the so-called “Rommel Myth” was so pervasive after the war? The theories are numerous, but one major contributing factor must be the success of the 1951 film, The Desert Fox.

Rommel was a well-known figure in Allied countries and in 1950, the first biography of the “good German” was released in the UK. Written by Desmond Young, a British brigadier who had himself been captured by Rommel during the war, “Rommel: The Desert Fox” was incredibly popular in Britain and cemented the position of the vanquished general as the acceptable enemy.

His later involvement in the 1944 plot against Hitler did a lot to wash Rommel of the stain of Nazism – conveniently forgetting the decade or so that he had spent close to the top of the regime – and his position as the general who was beaten “fair and square” endeared him to a British audience. After all, it’s much easier to build heroes of your own generals when they have beaten a general that you also respect.

The 1951 film The Desert Fox further spread the myth and was widely popular in the UK. The narrative of Rommel, the good German, being defeated by the heroic British in the clean war in North Africa was a far more palatable one in the burgeoning Cold War than one that emphasized the horrible destruction that had come through the Soviet victory in the East.

There could be little appetite for a war with Russia when people were constantly being reminded of the horrific images that had emerged from the Eastern Front. Thus, the clean general of the fair fight in North Africa was an enticing idea.

The Germans, too, were all too pleased to go along with Rommel as their figurehead. Their army had been severely curtailed after their defeat, but there was a clamor to de-Nazify the Wehrmacht and remove the stigma from the German armed forces. The Bundeswehr, the new German army, was more palatable to a post-war world when it could be seen as the legacy of good soldiers lead by bad politicians rather than an integral and vital part of the Nazi war machine.

Thus, the idea of The Desert Fox was created and, to a large extent, still persists. He remains the only Nazi to be lionized within Germany: public squares and streets bear his name, as does the largest barracks of the Bundeswehr. Whether such a status is deserved, however, is still a question about which historians continue to argue.

You may also interested: How Did Erwin Rommel aka “The Desert Fox” Die?

At a Glance: The Desert Fox “Erwin Rommel” Life!