This Day In History: The Battle of Caporetto Began (1917) 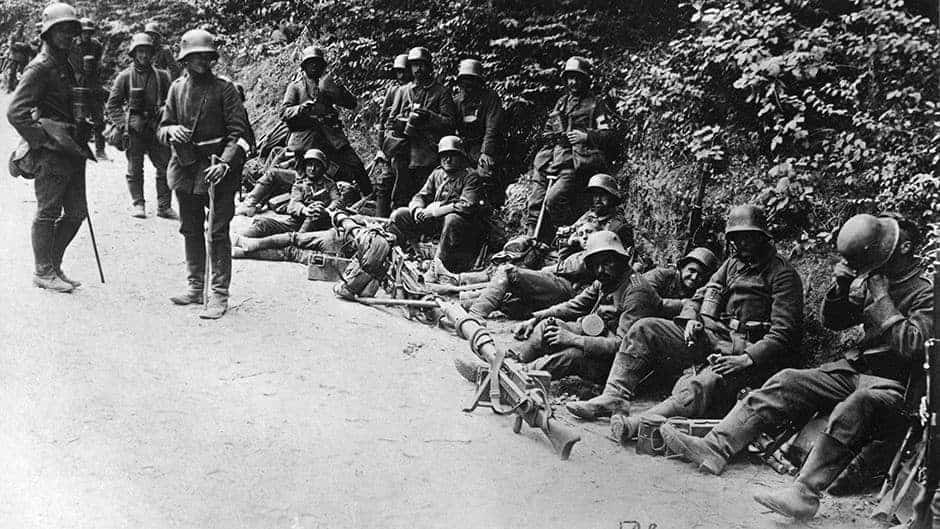 This Day In History: The Battle of Caporetto Began (1917)

On this day in 1917, during WW I a German and Austro-Hungarian army inflicted a devastating defeat on the Italian army. The German and Austro-Hungarians achieved one of the greatest victories of the war at the Battle of Caporetto. The Central Powers allies destroyed the Italian line of defense, who were driven back many miles. At one stage it was feared that Venice could be seized by the Germans and the Austrians.

The battle was fought on the Isonzo River, which had been the site of 11 Italian offensives. These offensives had not achieved much and the front line between Austro-Hungary and Italy was much the same as it had been in 1915. However, the Austro-Hungarian army was on the point of collapse in the area, because of the continuous waves of attacks. The German High Command were concerned that the Austro-Hungarian army could collapse and this could lead to Vienna withdrawing from the war. The Germans decided to send an army to support the Austro-Hungarians. Among these were the elite Stormtroopers, who were experts in trench warfare and in staging rapid attacks. When the Italian commander General Cadorna learned of the German force he pushed back the timetable for another offensive and this allowed the Central Power armies to organize. On this date in history the Central Armies, spearheaded by German Stormtroopers attacked the Italian lines. They attacked after a brief but intense artillery bombardment. In many sectors the Germans used gas to drive the Italians from their trenches.

The German Stormtroopers backed up by Austro-Hungarian units were very effective and captured many Italian positions with flamethrowers and grenades. They managed to break through the Italian lines in several places and they forced the Italian army into a headlong retreat. Among the German troops was the future Desert Fox, Erwin Rommel. On the first day of the battle, the Germans and their Austrian allies had advanced some 20 miles.

The Italians desperately tried to save the situation and tried to establish another defensive line. In the coming weeks, they were driven back to within 25 miles of Venice. The German and the Austro-Hungarians advance was slowed not through Italian resistance but by the fact that their supply lines were stretched and indeed many units were running low on food and ammunition.

The western allies diverted some divisions to the Italian Front as they feared that the Italian army would collapse. However, the German and Austro-Hungarian attack slowly ground to a halt and this saved Venice. The Battle of Caporetto was a disaster for the Italians and they lost almost 700,000 men, who were either, killed, wounded, captured or deserted. The Italian government fired General Cardona and replaced him with General Armando Diaz, who would oversee a new Italian strategy. The new approach was very defensive and there were no more Italian offensives until the last days of the war. The Italians also became very dependent on the allies.