This Day In History: Erwin Rommel Was Born in 1891 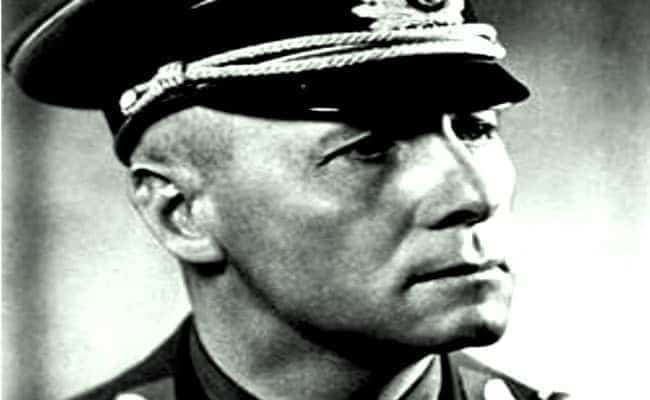 This Day In History: Erwin Rommel Was Born in 1891

On this date in history in 1891, A German general who became a legend in WWII was born. Erwin Rommel, best know as the ‘Desert Fox’ for his leadership in the Desert War in North Africa (1941-1943) was born on this day to a middle-class family on this day in Heidenheim, Germany. His family had been teachers, but he did not follow in his father’s footsteps and instead enrolled in a military academy and he immediately displayed a talent for military strategy. In 1914 he was sent to the front and saw action in many theatres. The Young Rommel fought in France, Romania and on the Italian Front. Unlike others he was happy at the front and did not seek to serve at headquarters. He was a talented infantry commander and he was awarded his country’s highest award for bravery. Unlike many of his comrades he was retained as an officer in the new Reichswar army after the defeat of Germany in 1918. Rommel became an instructor and he wrote a manual on infantry tactics, which was well-received and was read by Adolf Hitler. After Hitler seized power in 1933, he became interested in tank warfare and developed his own theories on mechanized warfare that were also influential. Rommel commanded the body guard of Hitler for a period of time in 1939.

He was then appointed to a tank division in France and he was to prove a brilliant tank commander. Rommel believed that speed was essential for victory and he and his division often advanced rapidly during the invasion of France. Rommel was widely praised for his tactics in France and he came to be highly regarded by Hitler.

In the spring of 1941 Hitler appointed Rommel commander of the Axis forces in North Africa. The Italian army had been heavily defeated by the British, but the German general and his ‘Afrika Korps’ forced the British to retreat. It was here that Rommel became a legend and he was especially noted for his brilliance in tank warfare. His specialty was the surprise attacks. Rommel was victorious until the Second Battle of El Alamein, when he was defeated by Montgomery.

After the defeat of the Afrika Korps in 1943, Rommel was appointed to a command in France. He was ordered to creates a series of defenses that would prevent the Allies from landing in France. By this time Rommel was thoroughly disillusioned with Hitler and he joined a plot that sought to remove the Nazis from power, It was hoped by the German military resistance that Rommel would eventually lead the German government after Hitler. However, Rommel was injured in an allied air attack in France and Hitler later found out about the plot to remove him and he ordered that the Desert Fox commit suicide. Rommel committed suicide so that the Nazis would not retaliate against his family. Hitler gave him a state funeral as he wanted to hide the fact that Rommel, who was very popular in Germany , had become an anti-Nazi and had been forced to kill himself.