This Day In History; The Allies Surrender to Rommel at Tobruk (1941) 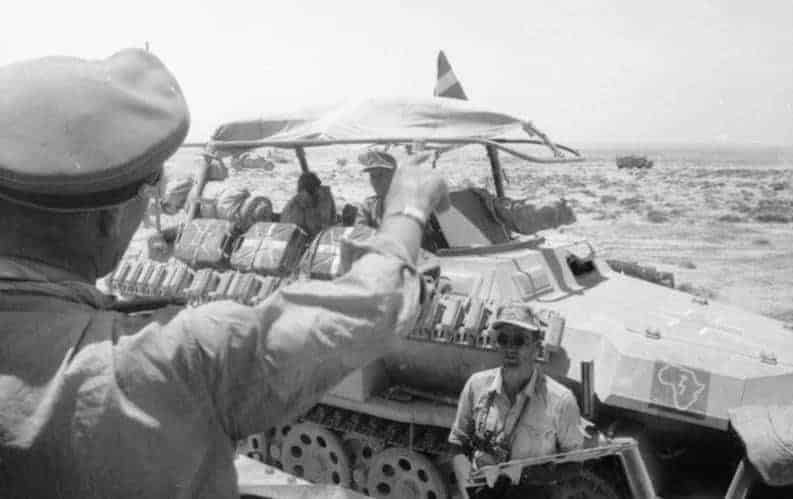 This Day In History; The Allies Surrender to Rommel at Tobruk (1941)

Today in History, the Allies surrendered at Toburk. In 1940, the Italians had attacked British forces in Egypt. This was part of the bid by Mussolini to create a great Empire in Africa. However, the Italian dictator made a fateful mistake. His army was poorly equipped and led and they suffered a string of heavy defeats. The Italians not only were forced into a retreat, but it seemed that they would also be thrown out of their Libyan colony. Mussolini was desperate and he asked for the support of his friend Hitler.

Rommel in a short time, with his German troops, the renowned Afrika Korps, pushed the British and their allies back, even though they were larger in number. Rommel’s troops proved to be a formidable enemy. They saved the Italians from destruction in Libya and they also managed to go on the counter-attack.

The Allies despite reverses established strong defenses around the town of Tobruk. This town blocked the road into Egypt and stopped Rommel from attacking the British in Egypt. The Germans needed to take the town if they were to advance further in North Africa.

On this day in 1942, General Erwin Rommel assaulted the British-Allied garrison at Tobruk, Libya, into victory. He launched a surprise attack and he adopted a strategy that completely surprised the Allies. Rommel managed to fool the commanders in Tobruk, that his force was larger than it actually was. The garrison of the port was the South African Division and it was part of the British 8th army. This caused panic among the Allies and they came to believe that the situation was hopeless. To target the South African Division in Tobruk. The Germans also used Stuka dive bombers

The South African General Henrik Klopper ordered his officers to surrender early on the morning of the 21st. of June 1941. Rommel took more than 20,000 prisoners, 2,000 vehicles, tons of fuel, and other supplies. The allies surrendered to Rommel on this day. It was perhaps the greatest Allied defeat in the North African campaign and caused near panic in London. Churchill was angered by the surrender at Tobruk.

Adolf Hitler personally awarded Rommel the field marshal’s baton as a reward for his victory. At the ceremony, Rommel promised that “I am going on to Suez”. If the Germans seized the Suez Canal, this would have dealt a blow to the British war effort. However, this was not to be as Rommel was later defeated at the battle of El Alamein in 1942.