Archaeological Facts that Could Change the Way We See History 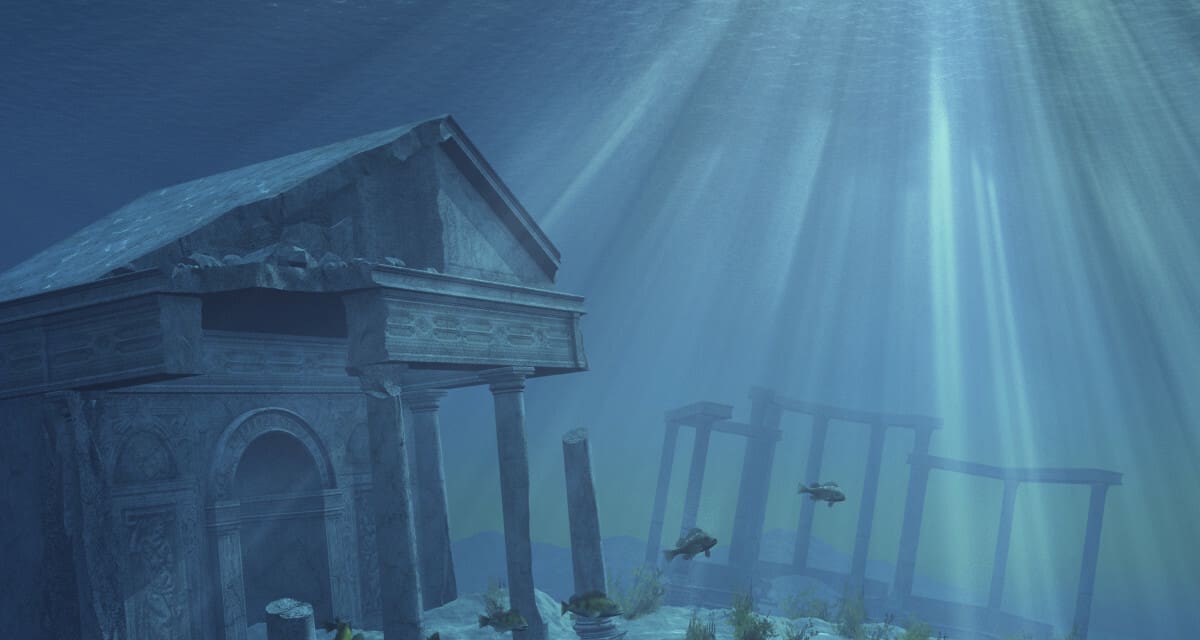 Archaeological Facts that Could Change the Way We See History

7. An Archaeological Find That Turned Out to be an Analog Computer Older Than Jesus

After he carefully examined the Antikythera Mechanism’s gears, Professor Price figured out the device’s purpose. It had been used to predict where the planets and stars would be positioned in the sky on any given calendar month. It worked through the movement of the biggest gear, which represented the calendar year. That gear, in turn, moved other, smaller gears, that represented the motions of the sun, the moon, plus those of several planets. From the way it was made and the manner in which it worked, the device was effectively the earliest known analogue computer – manufactured over 2100 years ago.

However, the mechanism’s very existence, and the complexity of its design and manufacture, argued that it must have had earlier predecessors before things reached the high quality of the discovered device. So the world’s earliest analog computer could well have been made centuries before the 65 BC shipwreck. Once it was demonstrated that the archaeological find was an analog computer older than Jesus, researchers tried to pin down its purpose and how it was used. Professor Price’s paper had pointed the way, but when it was published in 1974, and for many years afterwards, his findings were persuasive to many, but not quite conclusive.

6. A Millennia-Old Device That Allowed People to Make Astronomical Predictions Decades in Advance

When researchers were able to take a good look at the Antikythera Mechanism and its innards, it became clear that the mysterious archaeological find had to be some kind of calculation device. However, whether it worked the way that Professor Price had reasoned was still up in the air. We now know that the device enabled users to tell how the skies would look for decades to come. That included the positions of the Sun and Moon, lunar phases, the paths of planets, and even eclipses. Cicero was one of several writers from antiquity who had mentioned the existence of such devices, but the Antikythera Mechanism is the only one ever recovered.

Unfortunately, the technology was lost in the Roman era, and the only known sample we know of ended up at the bottom of the sea, its secrets forgotten for two millennia. Current researchers have benefited greatly from the leaps and bounds that scanning technology has taken in recent years. In the first few decades after the Antikythera Mechanism’s discovery, the device’s advanced state of corrosion made it difficult for scholars to properly tell just what was inside the box, let alone decipher its significance. Observers could see that some of the mechanism’s fragments contained what seemed to be Greek letters and words, but they were so obscured by corrosion that they were indecipherable.

As one scholar stated about the Antikythera Mechanism: “Before, we could make out isolated words, but there was a lot of noise â€”letters that were being misread or gaps in the text â€¦ Now, we have something that you can actually read as ancient Greek. We can tell what these texts were saying to an ancient observer“. That is thanks to new imaging techniques such as 3-D X-ray scans. They finally enabled researchers to legibly read about 3,400 characters that were inscribed on those parts of the device that were recovered. That is a lot, but it is only a fraction of the roughly 20,000 characters that scholars estimate had been inscribed on the archaeological find when it was whole.

The scanned texts of what was essentially a user’s guide helped unravel the final mysteries of the Antikythera Mechanism. As it turned out, much of what was written amounted to an ancient version of a user’s manual. For example, text inscribed on the device’s back is an inventory of all of its dials, and a description of what they are for and what they signify. It is from that text that we now know that the mechanism’s front had once contained a display of the planets as they moved through the zodiac.

4. A Device Commissioned by an Ancient Astronomer

The Antikythera Mechanism contained pointers with small spheres that represented the Sun, the Moon, plus Mars, Jupiter, and Saturn. All were arranged in a manner that replicated their orbit around the earth. That display did not survive the ravages of time and 2000 years’ worth of salt water corrosion. Some scholars had speculated that there might have been something along those lines in the device, but those were simply educated guesses, without any hard physical proof to back them up. It was not until the device’s text was finally revealed via modern scans that the guesses were transformed into concrete facts.

Other recovered texts from the archaeological find describe the risings and settings of various constellations, on different dates throughout the year. Researchers were thus able to confirm that the device’s maker – or at least the person who commissioned its manufacture – was an astronomer. Researchers were also able to make out handwritten text from at least two different people. That suggests that the mechanism was not made by a single person, such as the astronomer who had recorded the sightings. Instead, it had most likely been commissioned by an astronomer, who contracted a workshop to make the device in accordance with set specifications.

The dates of celestial sightings described in the Antikythera Mechanism’s text allowed scholars to identify the location of the astronomer who owned it: somewhere around latitude 35 degrees north. That is too far north for the astronomer to have been in Egypt, and too far south for him to have been in northern Greece. However, 35 degrees is a near perfect match for somebody who made observations from the Aegean island of Rhodes, just off the southwestern coast of modern Turkey. Knowledge of where the device was made (Rhodes), and where the vessel that carried it sank (off Antikythera), allows an educated guess that it had been destined for a buyer in northwestern Greece.

The mystery of the hitherto mysterious archaeological find has thus, by and large, been solved. However, there is no certainty yet about just what the device was for. As described by a scholar: “We know what it did now pretty well, but why would someone want to have something like this made? For my part, I think this is something that is very likely to have been made as an educational device, something that was not for research but for teaching people about cosmology and all sorts of time-related things about our world“. Others argue that it was intended for use in astrology: to predict the movement of the stars and constellations, in an attempt to predict the future. That is still up for debate.

2. The Demise of Ancient Egypt’s Language

After Alexander the Great conquered Egypt in 332 BC, it became a Hellenized kingdom ruled by the Macedonian Ptolemaic Dynasty, and Greek became the language of the rulers and the elites. Native Egyptian writing, whether colorfully picturesque hieroglyphs found on the walls of temples and monuments, or the simpler Demotic script used in everyday life, went into a steady decline. Hieroglyphs continued to be used by priests, and Demotic continued to be used by commoners. However, as century succeeded century with Egypt ruled by outsiders who used a foreign official language, native Egyptian writing waned.

The spread of Christianity centuries later eventually killed off the Ancient Egyptian religion. As the old gods’ priests vanished into history, so did their knowledge of hieroglyphs. Centuries later, the arrival of Islam, Arabs, and the Arabic language, killed off the Egyptian Demotic language and script as well. Eventually, the day arrived when knowledge of Ancient Egyptian writing vanished altogether. Egypt became a country that teemed with ancient monuments, covered with colorful and intriguing texts and symbols that nobody could make head or tails of. That finally changed in the nineteenth century.

1. An Archaeological Discovery That Finally Gave Us a Window to Ancient Egypt

Pierre Bouchard was a French army captain who had accompanied Napoleon’s expedition to Egypt. On August 21st, 1799, he was in charge of the restoration of an old fort near the town of Rosetta. When his men uncovered a block of basalt that measured 3 feet 9 inches high by 2 feet 4 inches wide, and inscribed with three different types of writing, Bouchard immediately grasped its significance. He promptly alerted a team of French scholars who had accompanied Napoleon to Egypt. The archaeological find, which came to be known as the Rosetta Stone, contained Greek, Egyptian hieroglyphics, and Egyptian Demotic scripts.

Nobody knew how to read hieroglyphs or Demotic, but scholars could read Greek. The Greek text informed archaeologists that the stone honored the second century BC King Ptolemy V. More importantly, the Greek text declared that the three scripts contained the identical message. The artifact thus held the key to solving the riddle of ancient Egyptian writing, which had been dead for over a millennium. Several scholars made initial progress in cracking the hieroglyphs, until French scholar Jean-Francois Champollion conclusively cracked the code in 1822. From then on, the language, history, and culture of ancient Egypt was opened to scholars as never before.

Adams, Mark – Meet Me in Atlantis: My Obsessive Quest to Find the Sunken City (2015)

Booth, Charlotte – The Boy Behind the Mask: Meeting the Real Tutankhamun (2007)

Federer, Kenneth L. – Encyclopedia of Dubious Archaeology: From Atlantis to the Walum Olum (2010)

Smithsonian Magazine, June 8th, 2016 – The World’s First Computer May Have Been Used to Tell Fortunes