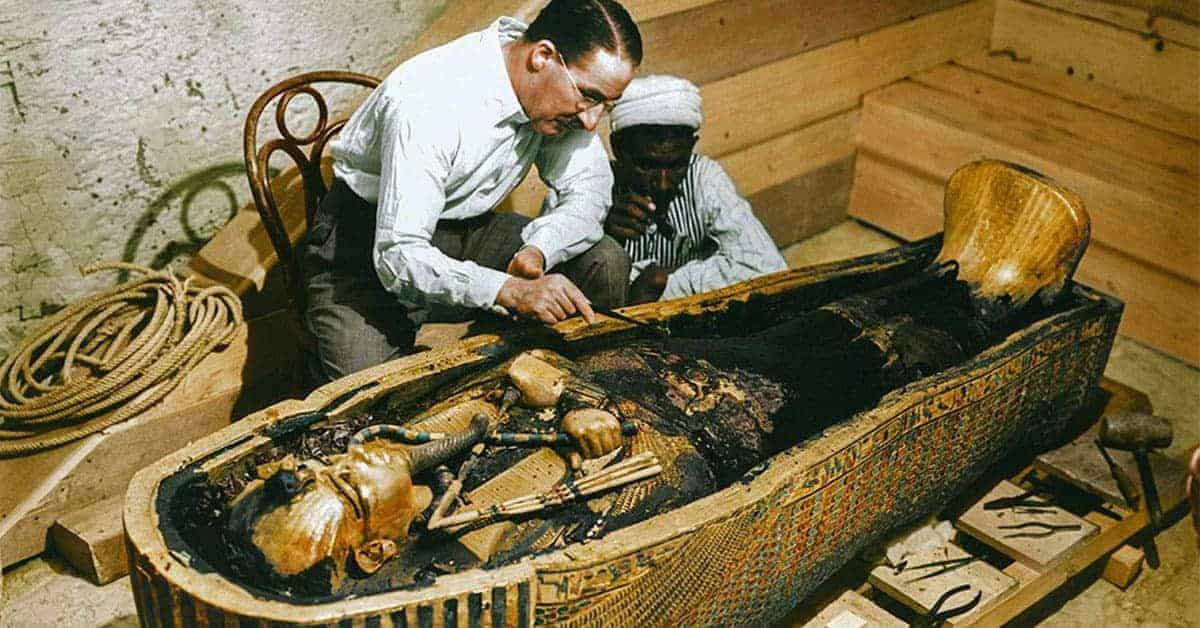 Tutankhamun, King Tut, was an Egyptian pharaoh of the 18th dynasty and ruled from 1332-1323 BC. He was nine years old when he became Pharaoh. King Tut’s reign was significant from his rejection of the radical religious innovations introduced by his predecessor and father, Akhenaten.

King Tut was buried in an unusually small tomb considering his status. It is believed that he died unexpectedly, before the completion of a grand royal tomb.

In 1922, Howard Carter discovered the nearly intact tomb of Tutankhamun on an excursion funded by Lord George Herbert, Earl of Carnarvon. This discovery sparked renewed public interest in ancient Egypt. Artifacts from the tomb have toured the world.

It took Carter 10 years to catalogue all 5,398 all the items that were uncovered from the tomb including a solid gold coffin, face mask, thrones, archery bows, trumpets, a lotus chalice, food, wine, sandals, and fresh linen underwear. One of the more spectacular items uncovered is a dagger with an iron blade made from meteorite.

It was believed that there was a curse on King Tut’s tomb, a curse that does not differentiate between thieves and archaeologists, that causes bad luck, illness, or death to anyone who disturbs the mummy. A study conducted showed that of the 58 people who were present when the tomb and sarcophagus were opened, only eight died within 12 years. The last survivor died 39 years after the event. The study of the veracity of the curse is inconclusive as it did not consider any bad luck the archaeologists may have experienced.