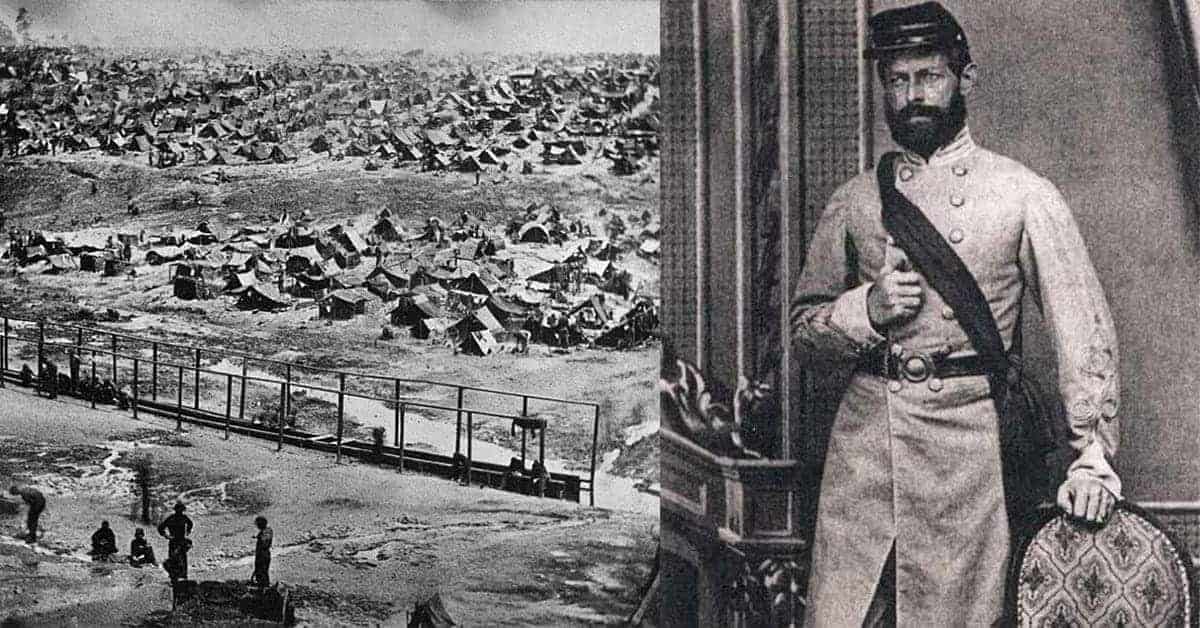 Andersonville was no worse than other camps

As the war dragged on the number of prisoners increased, and insufficient sanitary facilities made themselves felt. Prison windows were barred rather than glazed, and exposure to Richmond’s chill and damp winters encouraged disease. The greatest problem, as at Andersonville and other camps in the South, was insufficient food, clothing and medicines, problems which also beset the Confederate Armies and population.

Northern Prisoners of War Camps did not face the problems of blockade and military defeat limiting their resources, but Southern prisoners of war often faced the same grim odds of survival as their counterparts in Southern camps. Camp Elmira, in New York, was on the site of a former Union Army training camp, with immediate access to two major northern railways. It was used as a prisoner of war camp from July 1864 until one year later, in 1865.

During that year of operation, 12,000 prisoners would be assigned to the camp which they dubbed “Hellmira” and almost 3,000 of them would perish to disease, malnutrition, exposure, and poor sanitation. A goodly amount of these deaths were retaliatory; Northern commanders, having heard of the harsh conditions faced by Union prisoners in camps such as Andersonville, were determined to match those conditions for Confederate prisoners of war.

The media of the day, mostly the New York newspapers, downplayed the conditions of the northern prisons, some of which were worse than Elmira, while exaggerating the suffering in Southern prisons (if such were possible). The fact is that conditions on either side were virtually the same, but the South shared its privations with the general population and the army. On the other hand, the prosperous North fielded a well-fed and equipped army and supported a booming wartime economy as the prisoners in its care suffered from appalling conditions. The mortality rate for Camp Elmira was 24.5%, for Camp Sumter 28.7%. The death rates for other camps on both sides were similar. In short, the life expectancy of a prisoner of war during the Civil War was often worse than that of a front-line soldier.