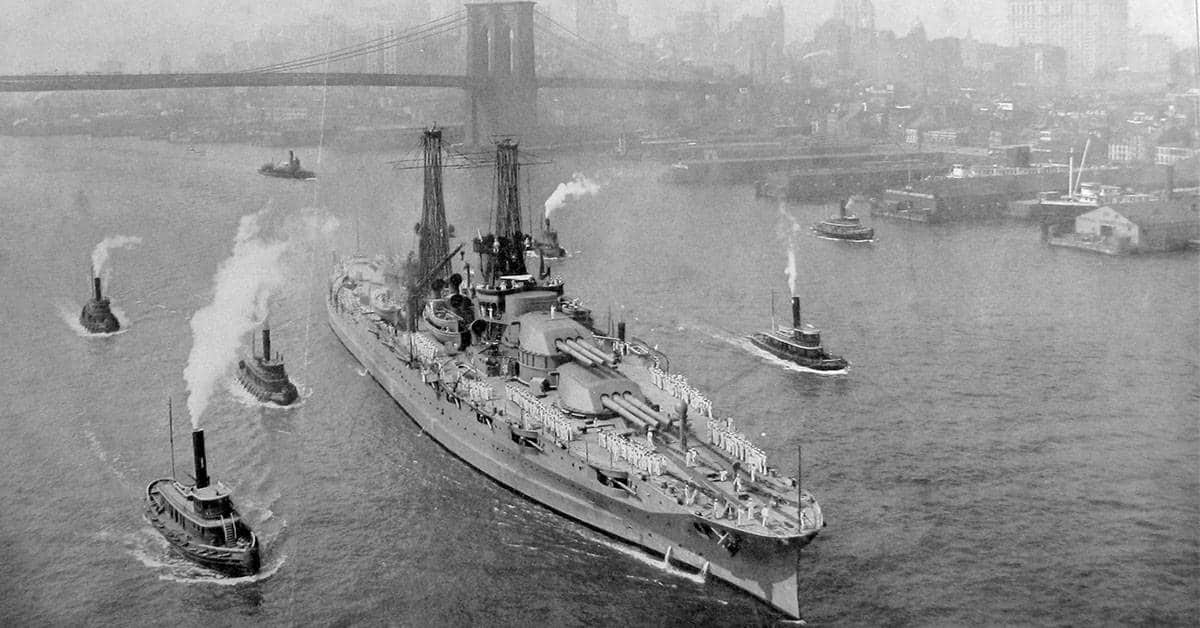 The USS Pennsylvania (BB-38) was the lead ship of the Pennsylvania class of the United States super-dreadnought battleships. She was launched on March 16, 1915, sponsored by Elizabeth Kolb of Philadelphia, and commissioned (placed on the active-duty list) on June 12, 1916, with Captain Henry B. Wilson at the helm.

During World War I, Pennsylvania was attached to the Atlantic Fleet, whose mission was to organize, man, train, and equip Naval Forces for assignment to Unified Command Combatant commanders. On October 12, 1916, she became the flagship of Commander in Chief, Admiral Henry T. Mayo.

On April 23, 1943, Pennsylvania left for Alaska to contribute to the Aleutian Campaign. On May 11-12, she engaged in a shore bombardment of Holtz Bay, Attu, and Chichagof Harbor, in support of infantry landings. On May 14, the Pennsylvania conducted a bombardment mission of Holtz Bay in support of an infantry attack. On August 15, assault troops landed on the beaches of Kiska without opposition. By the evening of August 16, it became apparent that the Japanese had evacuated the island under the cover of fog.

In 1944 and 1945, the Pennsylvania traveled throughout the Pacific Theater, providing support at Kwajalein, Eniwetok, Saipan-Tinian, Guam, Peleliu, Angaur, Leyte, Lingayen, Santiago Island, Wake, and Okinawa. During the Guam campaign, the Pennsylvania fired more ammunition than any other warship in history during a single campaign. She earned the nickname “Old Falling Apart” because she expelled so many metal casings she looked like she was falling apart.

After World War II, The USS Pennsylvania was used as a target ship during July 1946, Operation Crossroads atomic bomb test at Bikini Atoll. She remained in Kwajalein Lagoon for radiological and structural studies until February 10, 1948, when she was sunk of Kwajalein. She was taken off the Naval Vessel Register on February 19, 1948.

Pennsylvania Library – The “Old Falling Apart” That Held a Fleet Together

Post-Gazette – The USS Pennsylvania: The Exploits Of A World War II Battleship And Its Predecessors