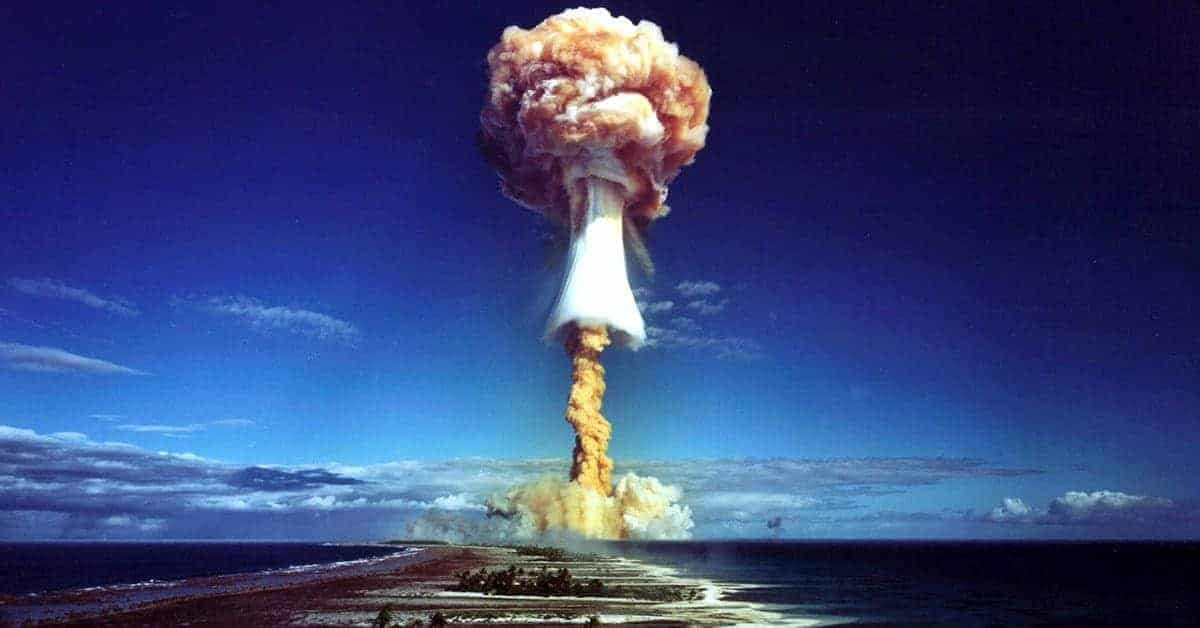 The nuclear testing at Bikini Atoll was a series of 23 nuclear detonations by the United State between 1946 and 1958 on the reef, on the water, in the water, and in the air.

The first series of tests in July, 1946, was code named Operation Crossroads. This test series included an explosion an aerial denotation at 520 feet. The second detonation, Baker, was an underwater explosion. The Baker test produced a Wilson cloud, a large condensation cloud produced by the blast.

The second series of tests occurred in 1954 was codenamed Operation Castle. The first detonation, Castle Bravo, was intended to yield 6 megatons (Mt) but produced 15 Mt and was about 1,000 times more powerful than the atomic bombs dropped on Japan. Because of Castle Bravo’s surprisingly yield, there was a significant accidental radiological contamination. The fallout spread across the islands of Rongelap, Rongerik and Utrik. Many of the islanders developed acute radiation syndrome. The debris also reached a Japanese fishing boat leading to the death of one of the fisherman. The fallout continued to spread trace amounts of radioactive material as far as Australia, India, Japan, parts of the United States and Europe.

The military had removed the native Bikini residents, telling them that they would be able to return to the island after the tests. Most of the residents were moved to Rongerik Atoll and later to Kili Island. After these tests and continued testing, the islands proved to be unsuitable to sustain life after the tests, resulting in famine and requiring the residents to receive aid. The United States government paid the native islanders and their descendants $125 million in damages. Radiation levels remain higher than the recommended safe levels for habitation.