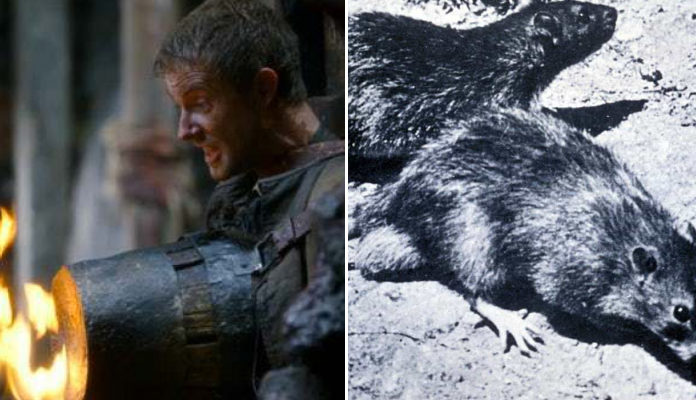 Torture is unpleasant, as indeed is the intended purpose of the practice. The act of inflicting physical or psychological pain upon an individual, torture has served both a human as well as a judicial function since our earliest emergence into recorded history. Although today generally outlawed (at least in the Western world; regarded as a barbaric deed) torture was once regarded as a righteous and just treatment in response to a criminal outrage. Whilst some intended to kill, albeit resulting in slow, torturous deaths, others were intended to merely maim and hurt without fatal outcomes. As with all human endeavors, we gradually perfected the art of torture over the centuries, refining the necessary tools to inflict the greatest possible pain upon our unfortunate victims.

Here are 20 of the slowest and most painful historical torture methods you would not want to endure:

A disputed historical method of inflicting immense pain upon a victim, bamboo torture is a form of punishment wherein bamboo shoots are employed to grow into, and subsequently through, the body of the subjected person. Allegedly originating in Ceylon, with the first recorded account of bamboo torture stemming from a “Madras civilian” traveling during the 1820s in India, similar depictions have survived from throughout the region. Appearing also in Malay history and culture, it has been contended the Siamese employed sprouts from the Nipah palm in an identical fashion to bamboo torture during the 1821 invasion of Kedah.

Most famously, bamboo torture was alleged to have been used during World War II by the Japanese Empire against Allied prisoners of war. Captured soldiers were supposedly tied above infant bamboo shoots, which, over the course of several days, would grow at a rapid pace and pierce the prisoners. Since the conflict, questions have habitually been raised concerning whether bamboo is actually capable of inflicting the injuries claimed by survivors. However, a 2008 Mythbusters investigation verified that bamboo shoots can penetrate several inches of ballistic gelatin (comparable in strength to the human skin) in less than three days.