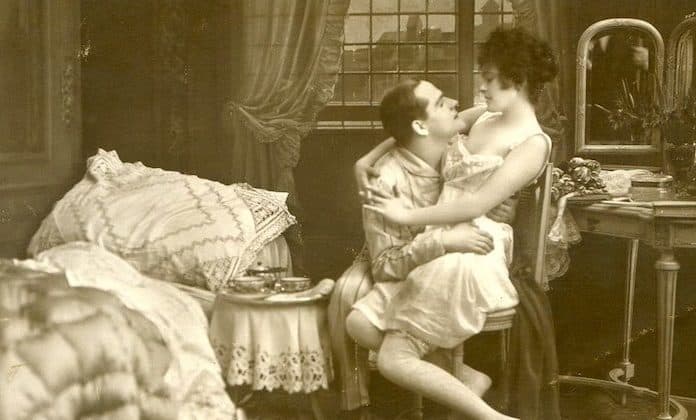 In the 19th century, intercourse was a dangerous business. For starters, venereal diseases were rife. The risk of catching syphilis from a partner, or above all, from a prostitute, was extremely high. Even intimacy within marriage wasn’t exactly safe if you think about the lack of reliable contraceptives and the number of women who died in childbirth. Small wonder, then, that throughout the Victorian era, people were warned off having intimate relations except for the sole purposes of procreation. But does that really mean that the Victorians were as repressed and as prudish as they are often presented as? Certainly not.

So, here we have 18 compelling reasons why we need to rethink how we remember the Victorians and their attitudes to intimacy:

18. Queen Victoria herself was no prude – in fact, she openly spoke of the passionate love life she shared with her beloved Prince Albert

Perhaps the strongest argument against all Victorians being ‘prudes’ is that the woman who gave the era its name was far from prudish herself. In fact, Queen Victoria was, contrary to popular beliefs, quite the passionate lady. Or at least she was for a short while, during her loving marriage to Prince Albert. Victoria married her German first cousin when she was just 20. Almost certainly, she was a virgin on her wedding day. But, as her own writings reveal, the Queen made up for lost time. What’s more, in letters to close friends and relatives, she went into quite some detail about her wedded life.

Writing about her wedding night, Victoria told her friend, the former Prime Minister Lord Melbourne, : “It was a gratifying and bewildering experience. I never, never spent such an evening. His excessive love and affection gave me feelings of heavenly love and happiness. He clasped me in his arms and we kissed each other again and again.” For the next few days, the letters show, the newlyweds couldn’t keep their hands off each other. This explains why, over the next 15 years, the couple would have 9 children!