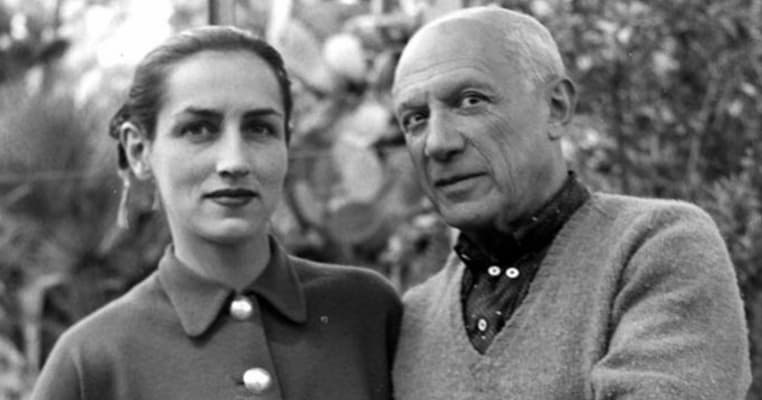 10. Picasso’s granddaughter described him in an unforgiving way, hinting that years of abuse may have led two lovers to crippling depression.

Picasso’s own granddaughter, Marina Picasso, unflinchingly described the brutal nature of her grandfather’s relationships with women when she said, “He submitted them to his animal sexuality, tamed them, bewitched them, ingested them, and crushed them onto his canvas. After he had spent many nights extracting their essence, once they were bled dry, he would dispose of them.”

With this description in mind, it is unsurprising that two of Picasso’s lovers ultimately took their own lives after being subject to years of the abuse described by his granddaughter. The extremely submissive mistress Marie-ThÃ©rÃ¨se Walter, who had an illegitimate child with Picasso, killed herself four years after his death. She, like Jacqueline Roque, appeared to be content sacrificing everything of herself to exist as a muse for Picasso. She even lived in secrecy for almost a decade to hide her relationship with Picasso while he navigated his first marriage in the public eye.

Jacqueline Roque, his second wife, is often described as being much like Walter in that she existed to be a muse for Picasso and was extremely dedicated to him. Roque eventually shot herself in the home she had shared with Picasso 13 years after his death. A biographer famously quipped that both “Marie-ThÃ©rÃ¨se and Jacqueline were evidently prepared to sacrifice themselves on the altar of his art.”

Picasso displayed a trend throughout his life towards his intimate partners: the moment they became ill or ceased to inspire his creativity he lost interest and moved on. After Fernande Olivier became sick, he left her. As his first wife’s, Olga Khokhlova, mental illness became worse the painter took more lovers on the side and redoubled his efforts to divorce her. When Eva Gouel also fell ill, he again took on a new lover and neglected her.

Only one woman in Picasso’s entire life was documented to have left him. All the others were either abandoned or had to share his attention with other women. Many of the women served to inspire and fuel a unique period of his art, such as the Rose or Blue period and were cast aside as soon as the interest in both them and the art they inspired waned.

Picasso held all women to either be goddesses or doormats. It appeared he visioned many of his muses to be goddesses, and once that unearthly quality wore off, he no longer held them in any regard. Even the women who, quite bluntly, served as doormats to his creativity like Marie-ThÃ©rÃ¨se Walter, eventually fell out of his favor and were cast aside in favor of newer (and younger) muses.

12. Picasso’s First Wife Had a Breakdown Over His Infidelity

Pablo Picasso’s first wife was Russian ballerina Olga Khokhlova. They had one son, Paulo, together. Shortly after she became sick with what they called “gynecological trouble,” she had to have an unknown surgery. Like his other patterns with mistresses, as soon as Olga began to fall ill, Picasso started to look for another lover. He found her in the 17-year-old Marie-ThÃ©rÃ¨se Walter. Picasso quite literally hid Walter away in a secret apartment and didn’t tell even his closest friends about her.

Khokhlova eventually found out about Walter, and the couple split but remained married. Khokhlova was socially ambitious and wanted to work on “taming” Picasso into a suitable husband. Due to the obsessive nature of Picasso’s relationship with Walter, Khokhlova eventually moved to the south of France with their son but continued to be fixated on Picasso.

Khokhlova continued to send Picasso hate mail, even after their separation. When their son, Paulo, became Picasso’s chauffeur she began living out of a suitcase and following the two around Europe. Many of Picasso’s friends considered her “mad” due to her behavior. She asked to see her husband later in life as she was nearing her death, which he refused. She died in 1955.

After Picasso left Fernande Olivier due to her illness, he began seeing a friend of hers, Eve Gouel. Gouel was also known as Marcelle Humbert. After the two started a relationship, they left Paris to avoid running in the same artistic circle as Olivier. Gouel is the least known of all Picasso’s numerous lovers. Little is known about her personality, history or relationship with Picasso. He never painted her, unlike his other partners, and she appears only in a couple of photographs.

Gouel had some talent as a businesswoman and helped market and sell Picasso’s works. However, she was always quite frail and sickly. It is believed now that she was either suffering from tuberculosis or some form of cancer, as she had a wasting illness. In 1915, her illness reached the point where she needed to be hospitalized. However, instead of supporting his seriously ill paramour, Picasso took another lover.

While Goule was still in the hospital, Picasso began an affair with his neighbor, Gaby Lespinasse. Picasso’s concern throughout the period of Eve’s illness was chiefly himself, with him describing his life with Gouel as “hell” in a letter to a friend and patron. Eve died from her disease in Paris on December 14th, 1915.

While married to his first wife, Olga Khokhlova, Picasso began an affair with the 17-year-old Marie-ThÃ©rÃ¨se Walter. According to Walter, the first time she met Picasso, he accosted her and said, in her words, “You have an interesting face. I would like to do a portrait of you. I feel we are going to do great things together.”

Picasso quickly became obsessed with Walter and hid her away from a secret apartment and told no one about their relationship. She became one of his great muses, inspiring many of his paintings. It is believed his wife may have become aware of Walter by finding one of his numerous sketches and portraits of her.

In 1935, while Picasso’s first wife was struggling with unknown “gynecological troubles” and having surgery, Walter became pregnant with Picasso’s child. They had a daughter named Maya the same year. Soon after, Picasso met the surrealist painter Dora Maar. When the two women met and demanded he pick between them, he encouraged them to fight over him physically and remarked later that it was one of his favorite memories. Picasso continued to support Walter and their daughter after they moved away from him. Walter committed suicide after Picasso’s death.

15. Another of Picasso’s Muses Required Psychiatric Treatment After Infidelity

After Picasso lost his affection for his long-time muse Marie-ThÃ©rÃ¨se Walter, he fell madly in love with the surrealist painter Dora Maar. She became the muse for his famous painting The Weeping Woman. She was the dark to Marie-ThÃ©rÃ¨se Walter’s light in both physical appearance and energy. Walter was a blonde, cheerful and athletic woman who didn’t stimulate Picasso intellectually while Maar was brooding, dark, and a fellow artist who challenged Picasso.

However, despite the seemingly natural pairing of two troubled artists, Picasso turned his attention to another woman after spending almost a decade with Maar. This time, it was a woman 40 years Picasso’s junior and 20 years younger than Maar: the young artist FranÃ§oise Gilot. Picasso left Maar for Gilot in 1946, after which Maar fell into a deep depression.

Maar eventually suffered what was known at the time as a nervous breakdown. Her depression and reclusiveness became so severe that she sought out psychiatric help. She was subjected to electroshock therapy which was, at the time, a conventional treatment for severe depression and other mental illnesses (and sadly often for homosexuality). After her medicine, she became a devout Catholic and was described as nun-like in her chastity and behavior.

16. He Kept One of His Muses Hidden Away For Over a Decade

When Picasso wrote of women being either doormats or goddesses, he may well have had Marie-ThÃ©rÃ¨se Walter in mind as his doormat. Walter was, by all accounts, an extremely agreeable woman who was entirely happy to devote her life to being an artistic muse for Picasso. He met Walter while still married to his first wife, Olga Khokhlova, and quickly became obsessed with her. He was so fixated on her that he went to the trouble and expense of securing a private apartment to keep her isolated and to himself.

Picasso managed to hide the existence of Walter from his wife and even from his closest friends for many years. While many of his friends knew that he had a mistress who was also serving as an artistic muse, they didn’t know her name or even her appearance beyond what they saw in sketches and portraits. Picasso reportedly did not find the athletic and unassuming Walter intellectually stimulating, so perhaps this partly explains why he seemed to make no effort to introduce her into his artistic circles as he did with so many of his later mistresses.

Ultimately, Walter was hidden away from both the art world and Picasso’s personal world for almost a decade. In that time, she inspired numerous paintings, sketches, and etchings. Walter gave birth to their daughter, Maya in 1935. Picasso’s first wife learned that Picasso had a pregnant mistress earlier that year and moved with their son. Picasso left Walter shortly after the birth of their daughter in favor of a new and younger mistress. Walter’s life tragically ended in suicide four years after Picasso’s death in 1973.

Good – When #MeToo Comes For Picasso

The Independent – Picasso The Seducer Was More Sinned Against Than Sinning

Art Space – The Picasso Problem: Why We Shouldn’t Separate the Art From the Artist’s Misogyny

Another Magazine – The Show Exploring Picasso’s Relationship with His Daughter

Mutual Art – Gertrude Stein: A Woman With an Unparalleled Drive for Art